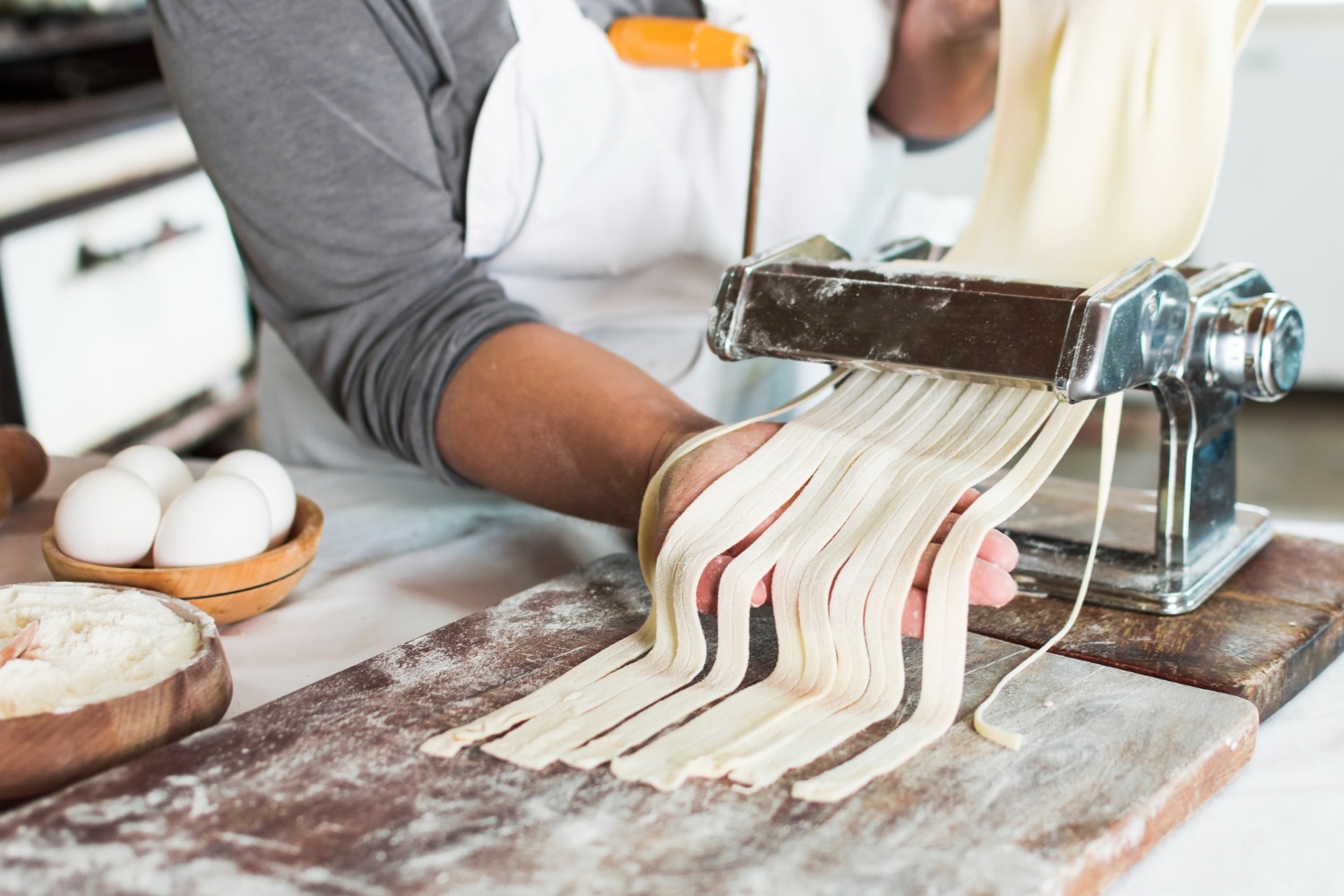 Numerous people have their passion attached to knowing the vast field of pasta and noodles, prepared according to a different culture. In a general sense, pasta is considered the “Italian noodle,” while a noodle is regarded as the “Asian pasta.” So, which of these claims are true?

The breaking factor of these two carbohydrate sources relies on two primary factors: starch source and eggs. Starch (in the form of flour) encompasses three-fourths of the ingredient. This produces the overall stretchiness and bites your pasta and noodle.

Another breaking factor is the egg ratio. Noodles tend to have higher egg content than pasta. This produces enough fluffiness that works perfectly when used on stir-fried noodles, a staple Asian cuisine. These interesting food items can still be confusing on some eaters.

Is There A Difference Between Egg Noodles and Pasta?

We tend to interchange “egg noodles” and “pasta,” most especially that some kinds of pasta are also egg-based (like fresh pasta). As mentioned earlier, starch source and egg ratio differentiate these two. Starch provides the primary source of carbohydrates and defines the overall texture of your noodle and pasta. Egg ratio, however, describes how fuller and refined your dough is.

The central divider of egg noodles and pasta is their starch source. In pasta, this product is commonly made with wheat-based flour like durum and whole-wheat flour. Wheat flour is produced by grinding or milling wheat grain. Wheat grain can be classified into three parts: bran, endosperm, and germ.

Whole-wheat variants include the bran, which gives the pasta a stiff bite. On the other hand, Germ-flour disregards the bran leaving a smoother, more refined texture to your dough.  Most pasta uses wheat since it provides the needed elastic toughness essential to hold its original shape.

Asian cuisine uses its vast source of starch to utilize its crops efficiently. Acorn noodles or dotori guksu in Korea utilizes their acorn meal to produce elastic noodles that can be served cold or hot. Japanese noodles like Shirataki noodles use konnyaku potato (devil’s tongue) as their primary starch source—leaving a transparent white finish to your dough.

Another factor that differentiates egg noodles from pasta is their egg ratio. Egg provides a better flavor portfolio to your food by providing richer tones to your dough. Egg also helps to expand your noodle, thus allowing the noodle to absorb more flavor.

Egg noodles require two to three times more egg content than regular pasta. Fresh pasta calls for a single egg for 100 grams of flour, while egg noodles need three eggs per 200 grams of starch. The variation of egg ration can produce a distinct difference to the food’s quality.

Are Egg Noodles Better for You Than Regular Pasta?

Athletes have used traditional pasta as their primary source of carbohydrates during their carb-loading. However, other diet sources that require lower carbohydrate content don’t recommend this meal. This is why egg noodle variants have been introduced as a better alternative than regular pasta.

Pasta and egg noodles may taste and look similar, but pasta has a more versatile starch source in reality. Starches found on seaweed, potatoes, and buckwheat possess better nutritional benefits to anyone’s body. The increased egg ratio found on egg noodles can also give you a better protein source.

Aside from its muscle development properties, consuming protein-rich food like egg noodles can satiate your hunger while reducing your carb content at the same time. To receive the same energy content found on a cup of pasta, you only need to consume one-halves to two-thirds of your original portion.

Another better benefit that egg noodles can offer is their complex carbohydrate structure. Since the starch used in creating these noodles come from another carb source, this produces complex chains—making the sugar harder to create. This prevents sudden blood sugar spikes in your body.

In a general sense, you can consume egg noodles daily. Athletes and runners that use more significant amounts of sugar for their intense workout need to consume traditional pasta to regain their sucrose level quickly. A low-sucrose content can stagger and collapse someone’s body.

Can You Substitute Pasta for Egg Noodles?

Noodles and pasta may seem interchangeable. Different cultures and cooking method requires a specific type of noodle or pasta, and it could be hard for some to comply. Substituting pasta to recipes that require egg noodles can be a good thing or not, depending on particular situations. Aside from the change of overall structure, it can also deplete the original nutritional value.

Fresh pasta uses only one-third of the original egg content compared to egg noodles. This creates a stiffer texture that may not work well on recipes that require tastier, fuller noodles (like ramen). If you want to try to use pasta to replace your egg noodles, you might consider using the following: