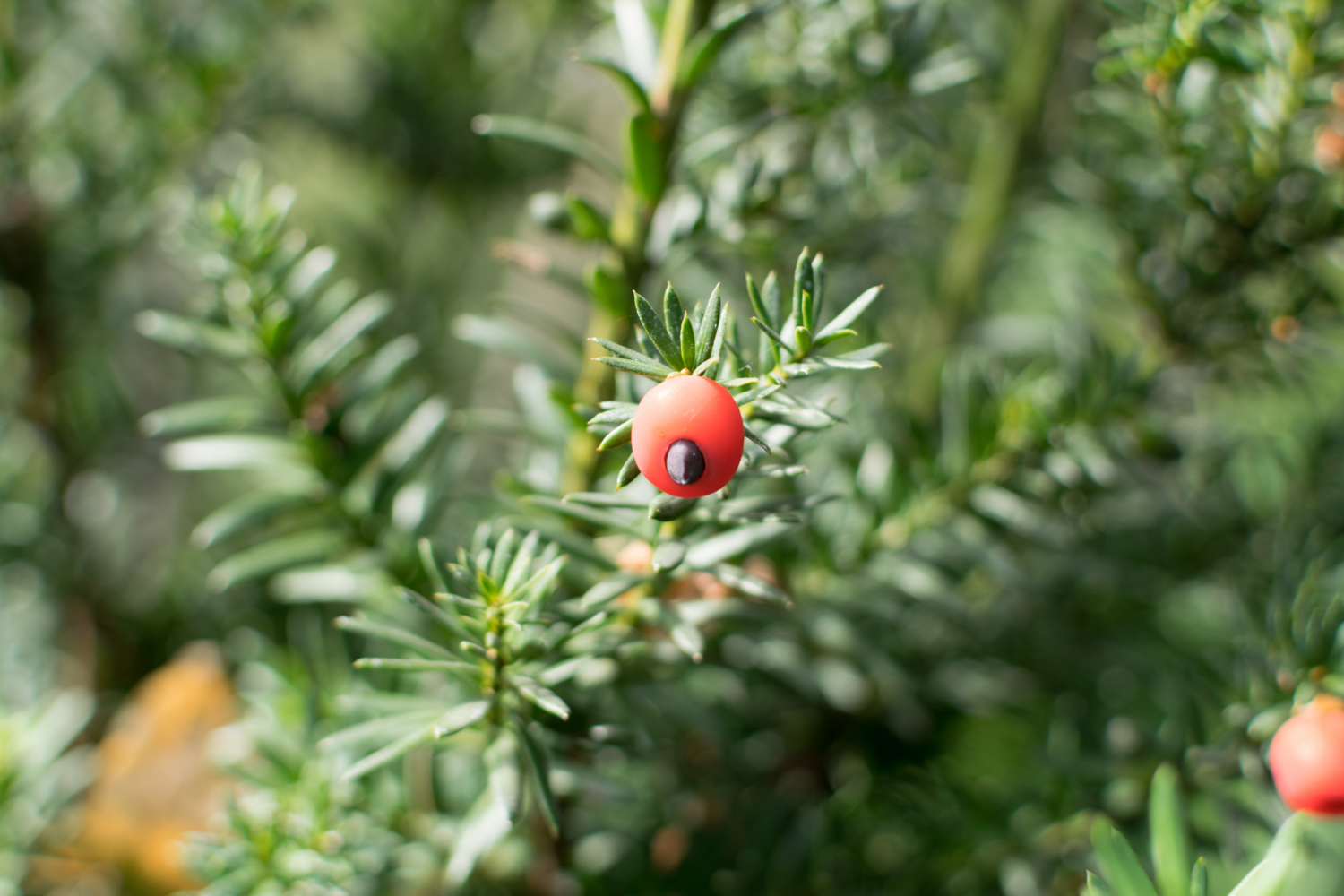 Yew berries are among the most widely misunderstood fruits because of conflicting information. For one, yew berries will not kill you, but the rest of the plant will – including the seed contained in the yew berries. Even then, extreme caution must be practiced when consuming the fruit’s pulp because if you strip the outer layer of the seed, you can already become poisoned.

So, if you ask us – is it even worth it to try foraging for yew berries? If you are on the verge of death and have zero calories for the past twenty-four hours, then yes, this might be a good idea.

However, there are conditions for this to be a good idea. First, you need to be 100% familiar with the tree and the fruit. That means you have to approach someone familiar with consuming yew berries and ask that person to show you how to eat the yew berries properly.

You have no foreknowledge of how to do this correctly can result in a catastrophe. Consider this tree very dangerous, with a 99% chance of killing you if you consume its other parts. It’s a growing poison tree because of its naturally occurring compounds that directly harm the human body upon consumption.

Are Yew Berries Safe to Eat?

A significant reminder is to never use any other portions of the plants for therapeutic purposes, despite what you may have read on the internet. We have found some internet information that is both perplexing and harmful. Always remember that you need to find ripe yew berries, and only the flesh is ever edible to humans. Write that down several times. There are no exceptions to this rule. No formula would render other parts of the tree palatable. Only the flesh of the ripe berry is safe to consume, and even then, the seeds must be avoided at all costs.

An Aril is the red fleshy component of the plant that you consume. Though the part of the Yew Berry you eat appears to be a fruit when you look at it, it is not. False-fruits are a common name for these Arils. In actuality, the red meat of the yew is the conifer’s cone scale, modified to be a tasty lure for animals (primarily birds) to eat the Yew Berry and then pass the seed out the other end when they move on, thus spreading the seed over a long distance. Consider the scales found on a standard pine cone when we say that the fleshy part is indeed a cone scale. The crimson flesh of the Yew Berry is a naturally modified cone scale!

When the fruit is blazing red, that’s the best time to try the yew berry. Don’t even consider eating the green ones. Instead, focus on consuming just one yew berry at a time. Never put more than one in your mouth at the moment, as this will enhance the possibilities of you eating the deadly seed.

Remove the edible flesh with your tongue rather than your teeth, and spit out the seed ASAP. Don’t swallow before spitting out the seed. Switch to a different berry. You should only eat one the first time you try them to see whether you’re allergic to these things or not. We recommend using your tongue because you need to consume these berries without cracking the seeds in any way. If you accidentally swallow a seed, the deadly seed will 99.99% likely pass through without harming you.

However, if something comes over you and you bite down on the seed, crack it, and then proceed to ingest the poison seed, you’re in big danger. The only remedy here is for you to throw up everything in your stomach with all your might and get to a hospital ASAP. This might be tricky if you are foraging in a forest. So, by using your tongue and eating one at a time to avoid swallowing, you’re effectively tripling your chances of preventing injury.

Even if you are not allergic, eating ripe yew berries causes you to get highly thirsty within 15 to 30 minutes. So naturally, the more of this food that you consume, the more visible this becomes.

What Happens If You Eat Yew Berries?

Save for the modified cone flesh that the plant developed to entice birds and not humans, the entire yew plant is bad news with a capital “B.” People are most likely to be harmed by yew. The yew plant is harmful in all of its components. The yew tree can induce serious stomach issues. It can also cause the heart rate to dangerously slow or speed up.

Expect the following if you consume the seed of the yew berry and any other part of the tree: heart difficulties, nervousness, stomach discomfort, muscular fatigue and weakness, vomiting, dry mouth, and nausea.  After ingesting 50-100 grams of yew needles, people have been known to die. This plant does not play around with people!

How Many Yew Berries Are Fatal?

Assuming that you only eat the fleshy part of the yew berry, there’s nothing wrong with eating a handful of them. We will assume that you know what you’re doing, and you are used to bush food, which you forage from nature. Mother nature is beautiful, but she doesn’t like careless foragers.

Yew trees are known to be poisonous, so treat the fruits of this plant with the respect that it deserves. Check out the instructions above on how to properly consume yew berries, and when at all possible, drink something else if you get lost in the trail. There is other edible stuff that you might find, including edible ferns and wild mushrooms. Don’t depend on the fruits of trees if you are not entirely familiar with them, as that might result in actual poisoning.

Are Potatoes Good or Bad for Dogs?