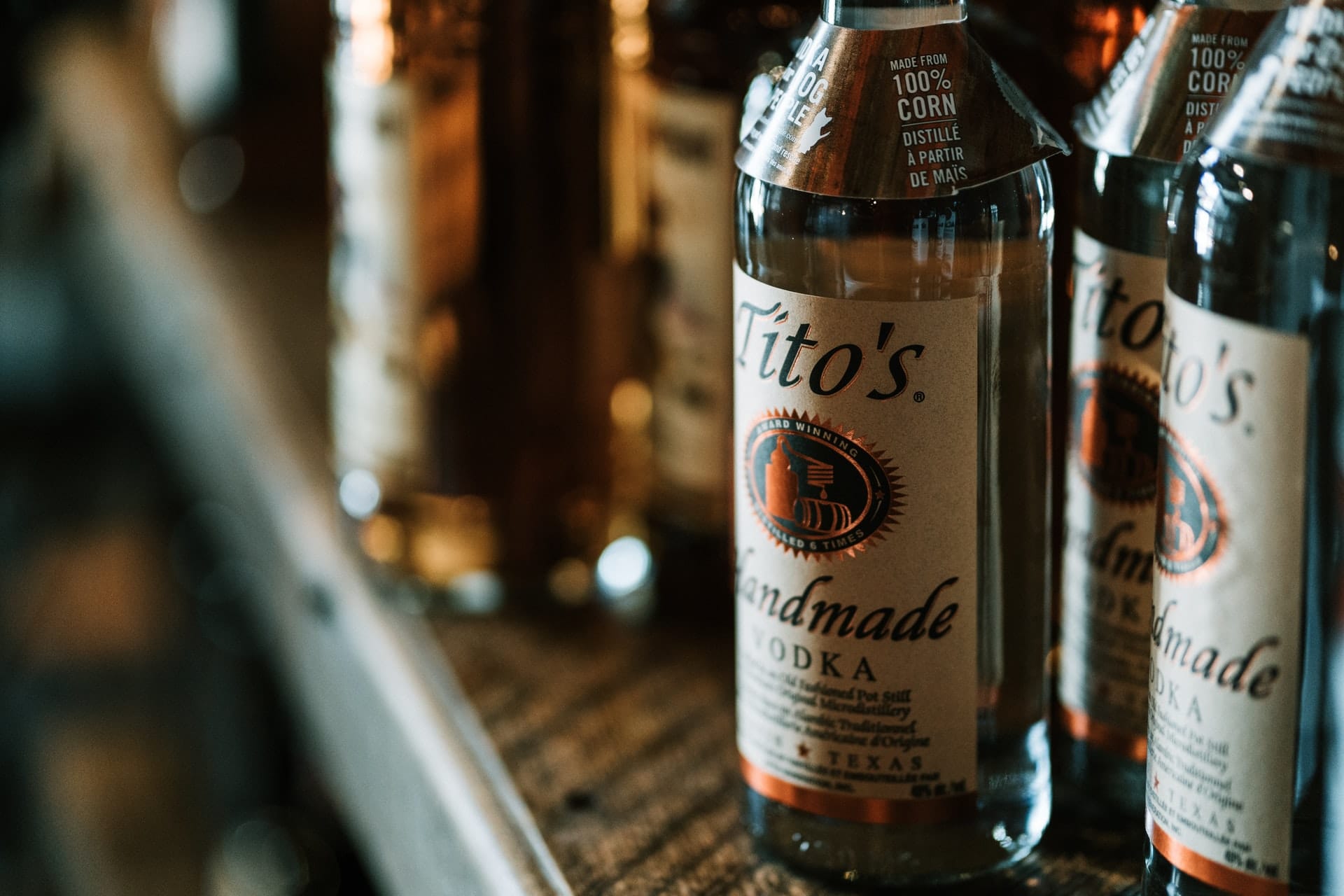 Tito’s Vodka is manufactured by the Fifth Generation, a Texan distillery. Tito’s Vodka is made from yellow corn and is distilled several times before being bottled. It is not aged, and no, it does not contain any gluten. Despite being made from corn, Tito’s Handmade Vodka doesn’t have any gluten content, so it’s safe for people who have issues with gluten, like folks who have celiac disease.

Tito’s Vodka is a prime choice for people who have gluten allergies. The vodka is renowned in the industry because of its unique taste, which directly results from the brand’s innovations in the distillery method.

The six-time distillation process is uncommon, which makes the final product unique, too. People also love the brand because they produce cheaper vodka than their competition, and people say that the smoothness and flavor of the vodka remain the same despite the lower price.

Tito’s Vodka is also proudly made from mostly Texan corn, but they have shifted to other sources as of late due to costs. Tito’s Vodka is gluten-free because they don’t add any amount of corn mash to the distillation process at any point. Some vodkas have corn mash added, and therefore, these brands might have some gluten content. The vodka has also been certified gluten-free by a third party (the Gluten Intolerance Group).

1.5 oz. of Tito’s Vodka provides 98 calories of energy, and it has zero fat, saturates, carbohydrates, proteins, and salt. As of this writing, the brand doesn’t carry any additional flavors, as the company has been focusing on just creating the best vodka ever. The manufacturer encourages people to be experimental with their vodka and mix flavors at home. Or perhaps, people can get experimental when they drink Tito’s Vodka in bars.

What Does Polenta Taste Like and What Can You Cook with It?