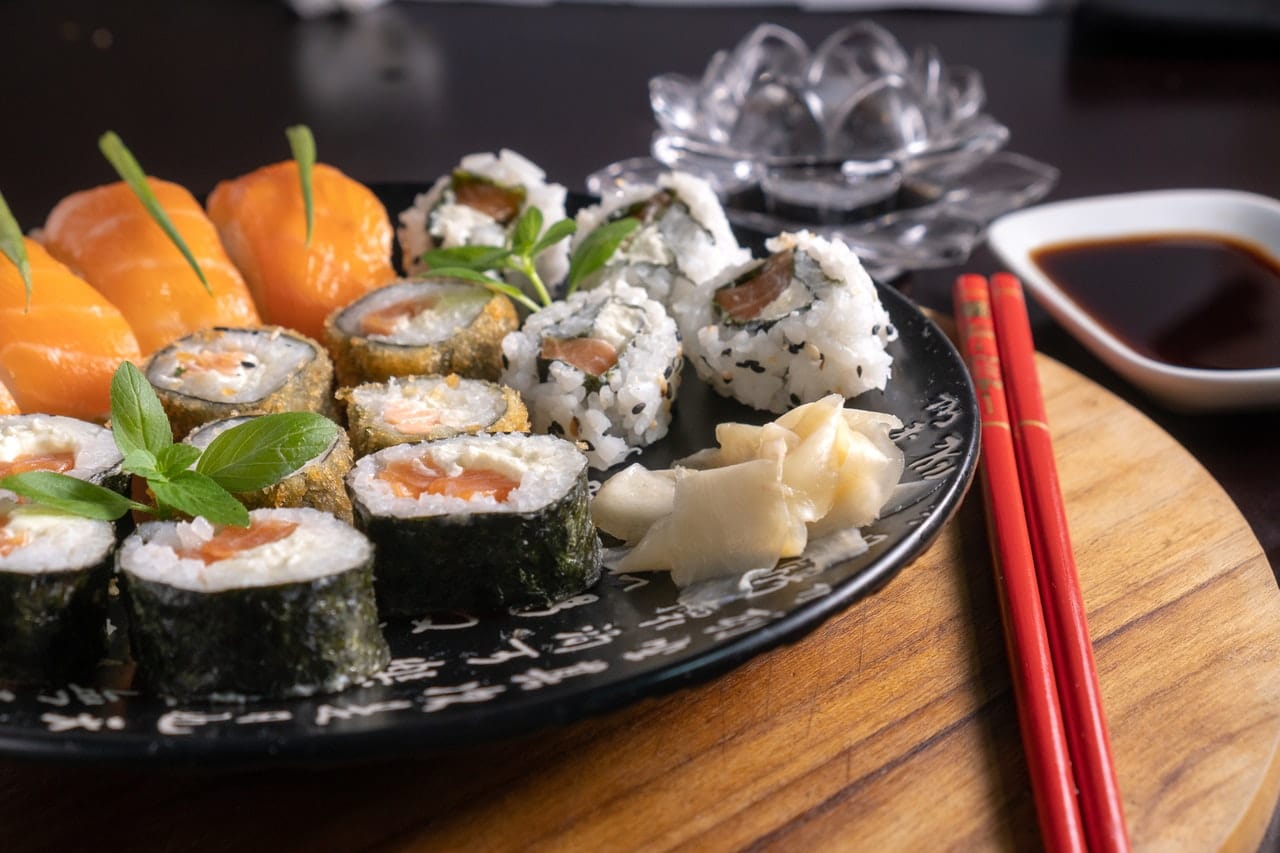 What exactly is sushi?

Ancient sushi as we know it was rice and fish fermented with salt. This method of creating sushi persisted for well over a thousand years. This covered the Edo Period in Japan, which lasted from 1603 to 1868. This was the time when sushi was being crafted naturally by Japanese cuisine as a staple dish – one that is beloved now throughout the world.

The word “sushi” means, of all things, “it is sour,” which harks back to the period when people were eating a preserve made of fermented rice and fish. The traditional sushi of the Edo Period was much more difficult to prepare compared to the contemporary, fast food sushi that we know now.

Genuine sushi in Japan thrives on its simplicity and rarely involves mixing two kinds of fish. In Japan, you will not normally find the sushi concoctions that are in the United States, like the Caterpillar Roll, and California Maki. In Japan, they also do not combine soy sauce with the wasabi paste. People also know that the most part, the commercial brands of wasabi pastes available in grocery stores they are not real wasabi. Real wasabi is hard to cultivate and is expensive, compared to the green paste we are more familiar with, which contains barely any real wasabi at all.

So we can see that culture has a huge bearing when it comes to highly specialized cuisine like what Japan has to offer. In Japan, people are picky with their sauces. Unagi sauce is normally not served in specialized sushi restaurants. The sushi purists prefer tasting the freshness of the sushi and the freshly sliced fish.

Some types of sushi can have a thin slice of raw fish on top of the vinegared rice. However, not all sushi has raw fish, and it is wrong to assume that all kinds of sushi require a raw fish ingredient. Sushi is often mistaken for another related Japanese dish called the sashimi.

There is no right or wrong way of eating sushi. While purists will turn their nose up against those who are more relaxed with how they eat sushi, we recommend that you just enjoy the experience and the food. If you want to eat sushi ‘the right way,’ then we can introduce you to a couple of steps that people use when eating sushi traditionally. But then again, if these steps do not work for you, then, by all means, do it your way, okay?

So the first step is to receive the sushi from a waiter or waitress. You are bound to find several things on your plate: the soy sauce, the wasabi paste, and your sushi. Grab your chopsticks and gently grab a piece of sushi. Dip it slightly into the soy sauce. Before that, place the soy sauce into your dibbing bowl or plate.

The key here is balancing the flavors on your plate. You can use your chopsticks to brush additional soy sauce across your soy sauce if you want more saltiness and flavor in your sushi. If you want a bit of heat in your sushi, feel free to brush wasabi across the sushi. Start with small quantities if this is your first time because you never know if the taste isn’t for you.

Eat your sushi. Some sushi types require just one bite, while larger rolls require two or three bites. It’s fine; however, many bites you need to finish your sushi, just enjoy the experience. After chewing and swallowing your sushi, grab a piece of pickled ginger, and cleanse your palate.

Can you eat sushi with your fingers?

Yes! This is fine. You can eat sushi with your fingers. Whether you use chopsticks or your hands when eating sushi, this would be up to your personal preferences completely.

How many kinds of sushi are there?

There are seven principal types of sushi in Japan.

5 Healthy Alternatives to Bread That Can Help You to...