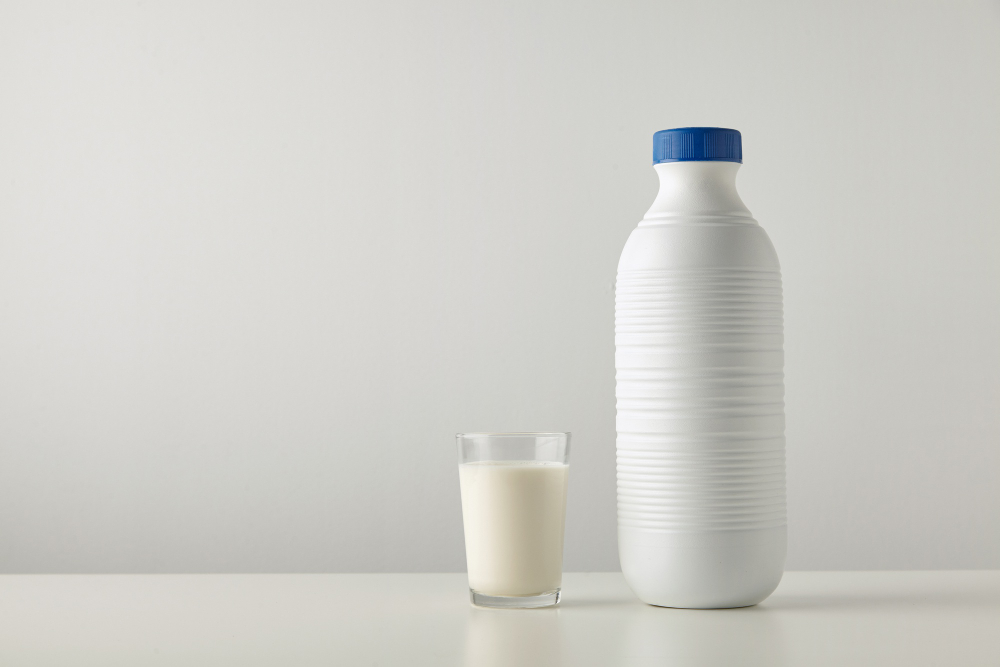 Sour milk that has not formed molds can be substituted for sour cream or buttermilk in baked dishes. In addition, it may be used as the starting liquid for your yogurt starter culture. Of course, this makes people ask – does milk turn into yogurt, too?

When describing milk, the phrases soured and spoiled are frequently used interchangeably. However, there may be a slight difference between the two depending on who you ask.

Spoiled milk is typically defined as pasteurized milk that tastes and smells disgusting due to germs that withstood the pasteurization process. Almost all these bacteria are harmful to your health and may cause you to become ill.

On the other hand, sour milk is frequently referred to as unpasteurized, raw milk that has begun to ferment organically. Unfortunately, fermentation of raw milk happens similarly to spoil milk due to several kinds of lactic-acid-forming bacteria, a tiny fraction of which are classified as probiotics and may offer minimal health advantages.

A stench of spoilt milk is enough to upset even the most insatiable appetite, but if you find yourself with a carton of it, you should think again before throwing it out.

Contrary to popular perception, spoilt milk can be used in your next culinary endeavor. Not to mention that utilizing soured milk in recipes helps to reduce food waste.

The rate at which milk spoils is determined by various factors, including the number of spoilage bacteria present, the temperature at which the milk was stored, and the amount of light exposure.

Start by sniffing your milk if you’re unsure if it’s ruined. Try a little sip before pouring a full glass or pouring it to your oats or porridge if it doesn’t smell odd.

When milk spoils, it emits an unpleasant, sour odor. The aroma is unmistakable and grows stronger with time.

With enough time, the consistency and appearance of spoilt milk will alter as well. For example, it may acquire a slimy, lumpy texture and a drab, yellowish appearance.

Can You Make Yogurt with Sour Milk?

To slow down the deterioration of fresh milk and cream, strains of “friendly” bacteria are added to the mixture. Yogurt is the result, and it can be stored for several days in a cool area.

A bacterial overgrowth results in spoiled milk with different flavors, smells, and textures. It won’t make you ill if you cook with it if it’s just a tad off.

Creating your yogurt in the comfort of your home is surprisingly simple and doesn’t require any special tools. Making yogurt at home can be done in various ways, but the core principles remain the same.

Yogurt is the best and most cost-effective solution to get rid of sour milk or milk that has gone bad. You can use artificial cultures, around three tablespoons, or some of your previous batch of homemade yogurt to get started.

Is Sour Milk Same as Yoghurt?

Fermentation occurs in a warm environment with various naturally occurring bacteria, such as lactobacilli and other microorganisms. However, yoghurt is a dairy product that has been fermented with the help of lactic acid bacteria that have been specifically selected.

Many people like dairy products; they are being used as complements or ingredients in various meals worldwide. Fermentation is critical in producing numerous dairy products, with yoghurt and sour cream being the most notable byproducts.

Yoghurt and soured milk both include up to three bacteria, in addition to more than a few microorganisms and yeast. These dairy products are fermented milk, albeit they differ primarily in the microbe kinds that produce fermentation and the amount of bacteria present.

Sour milk is produced naturally by bacteria in the air and milk, which is triggered by germs in the air and milk, especially in the summer. Milk fermentation was induced in the industrial manufacturing of yoghurt, which was activated by different living microorganisms.

Bacteria and yeasts use the essential ingredients of milk as a source of food throughout the fermentation process, changing them into lighter, more easily digestible compounds. To disintegrate milk sugar, which allows lactose intolerant persons to enjoy conventional yogurt made from sour milk.

Can You Still Use Sour Milk?

Reducing food waste can be as straightforward as finding new uses for slightly soured milk. Don’t toss out your milk the next time you realize that it is spoiling in your refrigerator; instead, make cheese, buttermilk, or yogurt out of it.

Milk is frequently curdled to make fast cheeses like ricotta and paneer. You can extract the curds from the whey for cheesemaking by using high heat and acids such as lemon juice or vinegar.

What Can You Do with Spoiled Milk?

If your dairy is old and has begun to curdle, get slimy, or moldy, it is best to discard it. However, various methods are used if the milk is only a little off and mildly acidic.

Avocado Toast Alternatives: What Can I Use Instead of Avocado