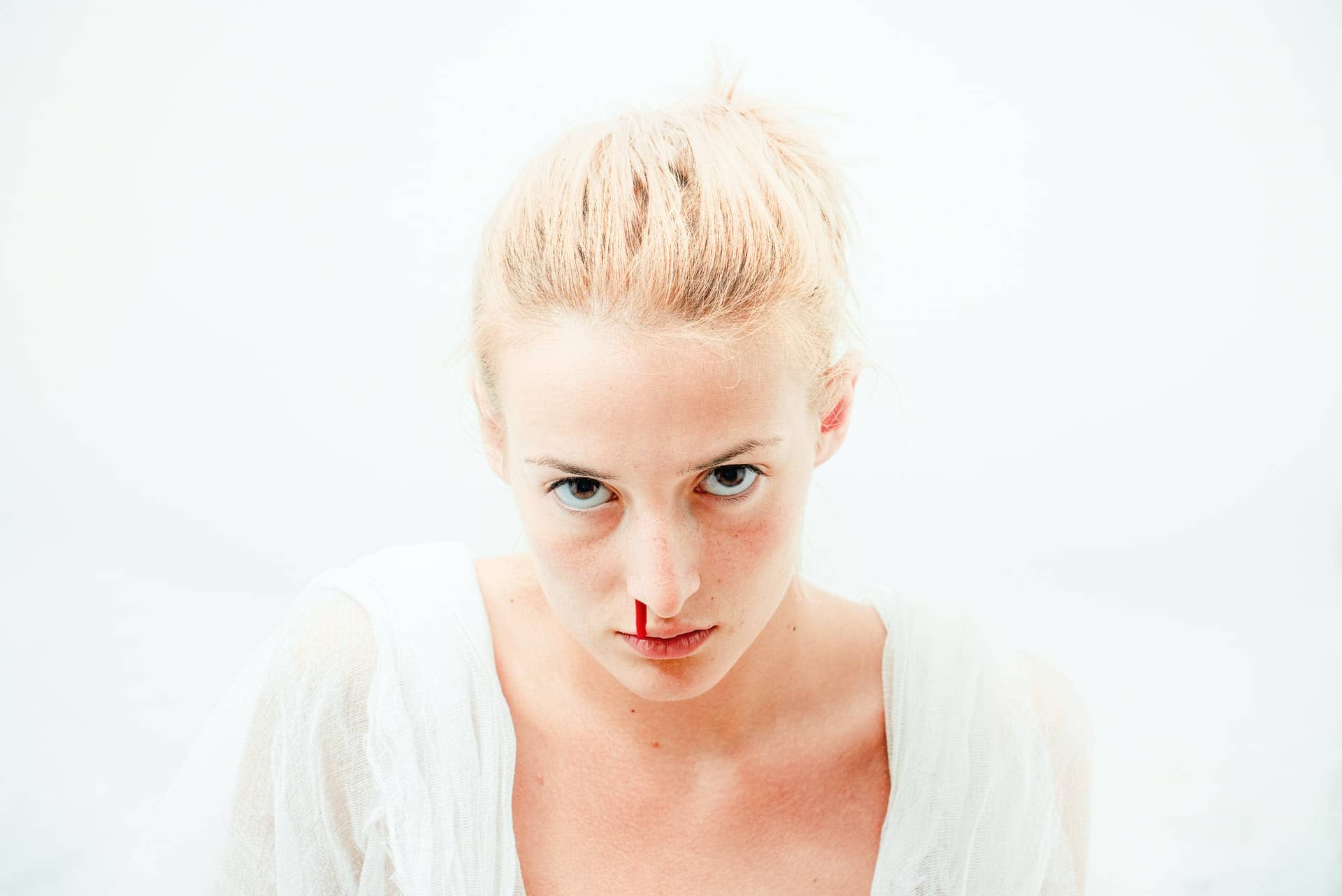 Nosebleeds are among the most common medical conditions that occur at home (sometimes in the dead of night), and anyone can experience it. Whether you are a healthy adult or a somewhat sickly child, it can happen. Fortunately, nosebleeds are often not severe and can be remedied relatively quickly if you know what to do.

According to the Harvard Health Blog, nosebleeds or epistaxis usually occur when a blood vessel or two in the lower region of the nose where cartilage lay begin to leak.

This leaking can happen spontaneously or after some form of injury. Luckily for us, this form of nosebleed (also called an anterior nosebleed) can resolve on its own, or with a little intervention that usually does not require the help of a doctor.

How long should a bloody nose last?

On average, nosebleeds can last anywhere from seconds to more than a quarter of an hour. The duration of a nosebleed will depend on the reason why there is blood leaking from the nose.

If there is a more severe injury involved, the bleeding can continue for a more extended period. Epistaxis can be frightening, yes, but more than 90% of the time, nosebleeds are not dangerous at all and do not merit a visit to the doctor.

What can cause nose bleeds for no reason?

Nosebleeds can’t occur for absolutely no reason. As with any condition related to the human body, there are always predisposing factors and possible reasons why it is happening in the first place. The most common reasons for nosebleeds are:

How to stop a nosebleed fast?

Here are the steps to stop a nosebleed fast:

How to stop a nosebleed that won’t quit?

If you get a severe nosebleed that won’t stop quickly, you may have to go to an emergency room to have yourself checked out. In some rare instances, more invasive methods are used to prevent severe nosebleeds.

One such option is cautery, where the leaking blood vessel is burned off with an electric current to stop the bleeding. Another option is to inject a small quantity of plugging material to stem the tide of blood. This method is called embolization, and it has some undesirable side effects, such an increased risk for developing a stroke and even nerve damage. Embolization requires exceptional imaging to guide the physician performing the injection.

On the other hand, you can also try cutting out a length of gauze and rolling it to a tube so it would fit the bleeding side of your nose. Pack your nose with the measure of dressing and allow a large clot to form around the gauze. This sounds a little low-tech, but it does work, and it’s not invasive. We recommend trying “low-tech” methods first before opting for more invasive methods of controlling nosebleeds.

How to stop nose bleeding forever?

It’s reasonably simple to prevent nosebleeds in the future. Avoid touching your nose (like picking it), so you don’t end up damaging the fragile blood vessels associated with the septum. When blowing your nose, reduce the pressure as much as possible. Don’t try to blow out everything at once, as this will likely damage your nose’s blood vessels. If your home is usually very cool with dry air, try installing a room humidifier to raise the temperature and improve humidity levels slightly.

Humidity, or the moisture content of the air, can help reduce instances of cracking and bleeding inside your nose. If you are involved in athletics, be sure to wear a head guard, so your nose and face, in general, will be protected from undue pressure and blunt forces. And finally, if you like using decongestants (these are drugs used for colds and flu), avoid overusing them as too much decongestant in your system can trigger nosebleeds.

How Many Calories Should I Eat To Lose Weight?

Can Yogurt Cause Light-Colored Stool

Can Air Purifier Cause Dry Eyes