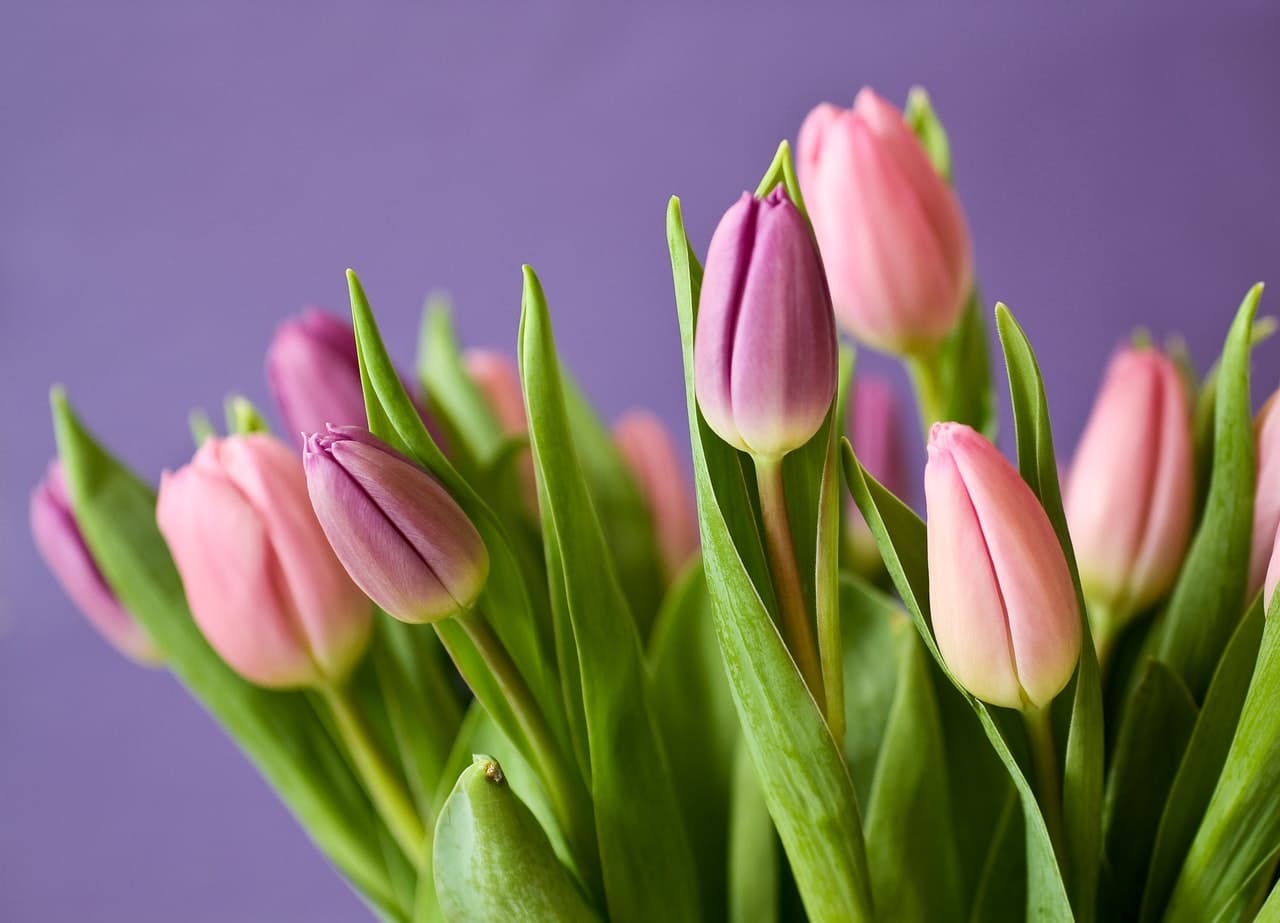 Many pet owners are surely wondering: can tulips kill cats? What flowers are safe for cats?

Unlike humans, smaller mammals like cats and dogs can become susceptible to harm and injury when exposed to certain plants that contain compounds that are poisonous to their species, the same way that humans can develop allergies or can even die from exposure to individual plants.

Are tulips poisonous to cats?

Some flowers are poisonous to cats, including tulips. One case in the UK saw the death of a beloved feline after exposure to tulips for just 24 hours. The owner had purchased tulips only twice in her life. She put the cut flowers in a vase and thought that it would be a good idea to photograph the cat near the tulips.

Within 24 hours, her cat weakened, and it eventually died. We don’t know how many other sad stories there are of cat owners inevitably leading their beloved pets to their doom by not knowing that some flowers are toxic to cats. But now, you know – and you can avoid accidentally poisoning your pets.

The woman’s cat in the news died of kidney failure, and the family had to make the difficult decision of allowing the vet to put their cat to sleep. There was a treatment available for the cat, but the procedure was a delicate kidney flush that offered no guarantees that their pet cat would make it. The owner’s 12-year-old child was distraught over the loss, as was her entire family.

The cat owner said that her lack of awareness of poisonous flowers was the reason why the tragedy happened in the first place, and she’d like to prevent other accidents like this from happening by helping raise awareness about toxic flowers.

A spokesperson from the RSPCA in the United Kingdom pointedly said that there are many kinds of plants that are normally found in homes and gardens that can potentially harm or even kill pets, including cats. These include hyacinths, tulips, and holly. These three are not safe for both cats and dogs.

So if you have these plants at home and you have cats and dogs, your pets are already likely in danger, especially if they end up ingesting these plants. Furthermore, the RSPCA warns that lilies, in particular, can be highly toxic to pet cats, and even a small amount of ingested material can be the cause of death. If you do have such plants at home, you need to exert every effort to keep them away from your pet cats and dogs, to avoid tragedies.

Why are lilies poisonous to cats?

Tulips and hyacinths are both parts of the family called Liliaceae. These plants contain compounds called lactones that are allergenic to cats. The toxic compounds are usually found in high concentrations around the bulbs, with lower levels around the stems and leaves. Once ingestion happens, symptoms of poisoning become dramatically apparent in a short period. What usually happens is domestic cats or dogs gain access to the bulbs by digging them up (if the plants are planted in the garden or pots) or when the plants are freely accessible.

What flowers are toxic to cats?

In addition to lilies, other flowers pose a threat to domestic mammals like cats and dogs:

Since a lot of household and garden plants are irritants, you must be aware of the symptoms of poisoning, so you would know what to do. The most common symptoms associated with the ingestion of toxic or poisonous plants are DOB (difficulty of breathing), since the airways of small mammals are always affected by many kinds of toxins and poisons, difficulty in swallowing, which is almost always paired with drooling (the throat lining is also affected during poisoning), and of course, vomiting. Vomiting is a typical reflex in cats and dogs when they are poisoned in any way (especially when the toxins are from food they have just eaten).

In some cases, cats and dogs can also exhibit more severe clinical signs of poisoning, such as diarrhea. When this happens, the toxins have moved further down the gastrointestinal system, and are now affecting the small and large intestines of the animal. The disruption of the GI tract forces the animals to expel the contents of the intestines to combat the further spread of the toxins.

Still, in some other situations, you will observe poisoned animals drinking water excessively and subsequently, expelling urine beyond the standard frequency for their species. Over-drinking and excessive urination mean the toxins have moved up the kidneys and are currently causing a disruption in the renal system. Renal failure is fatal to small mammals, and just like in the story of the UK pet owner, her cat only had a minuscule chance of survival within a brief period after being poisoned.

The symptom that is hardest to detect is an irregular heartbeat, which can either be slow or fast, depending on how the animal is reacting to the poison. Generally speaking, small mammals become very weak when their heart rhythm is affected. You will notice that your pet will be unable to move, and it will be mostly stuck in one place, fatigued and with little or no appetite. In this situation, it is essential to seek professional care for your pet – don’t second guess your pet’s condition to avoid a tragedy.

When small mammals ingest poison, what vets usually do that they confine the animals and provide medication that encourages vomiting or purging of the ingested material, activated charcoal is also used to absorb the toxins while still inside the animal so that it can be harmlessly expelled through feces. Drugs like sucralfate may also be used to protect the damaged lining in the stomach as well. An IV line may be administered to help provide fluids to the sick animal.

Unlike humans, smaller mammals like cats and dogs can become susceptible to harm and injury when exposed to certain plants that contain compounds that are poisonous to their species, the same way that humans can develop allergies or can even die from exposure to individual plants. So whether you are buying plants or flowers for yourself or sending a bunch of flowers for your loved ones, need to be sure that these stems not only look beautiful but can do no harm to the recipient and his pets. Check it out with international flower experts.

Can You Get Sick From An Air Purifier

How Can I Improve Circulation in My Legs and Feet?