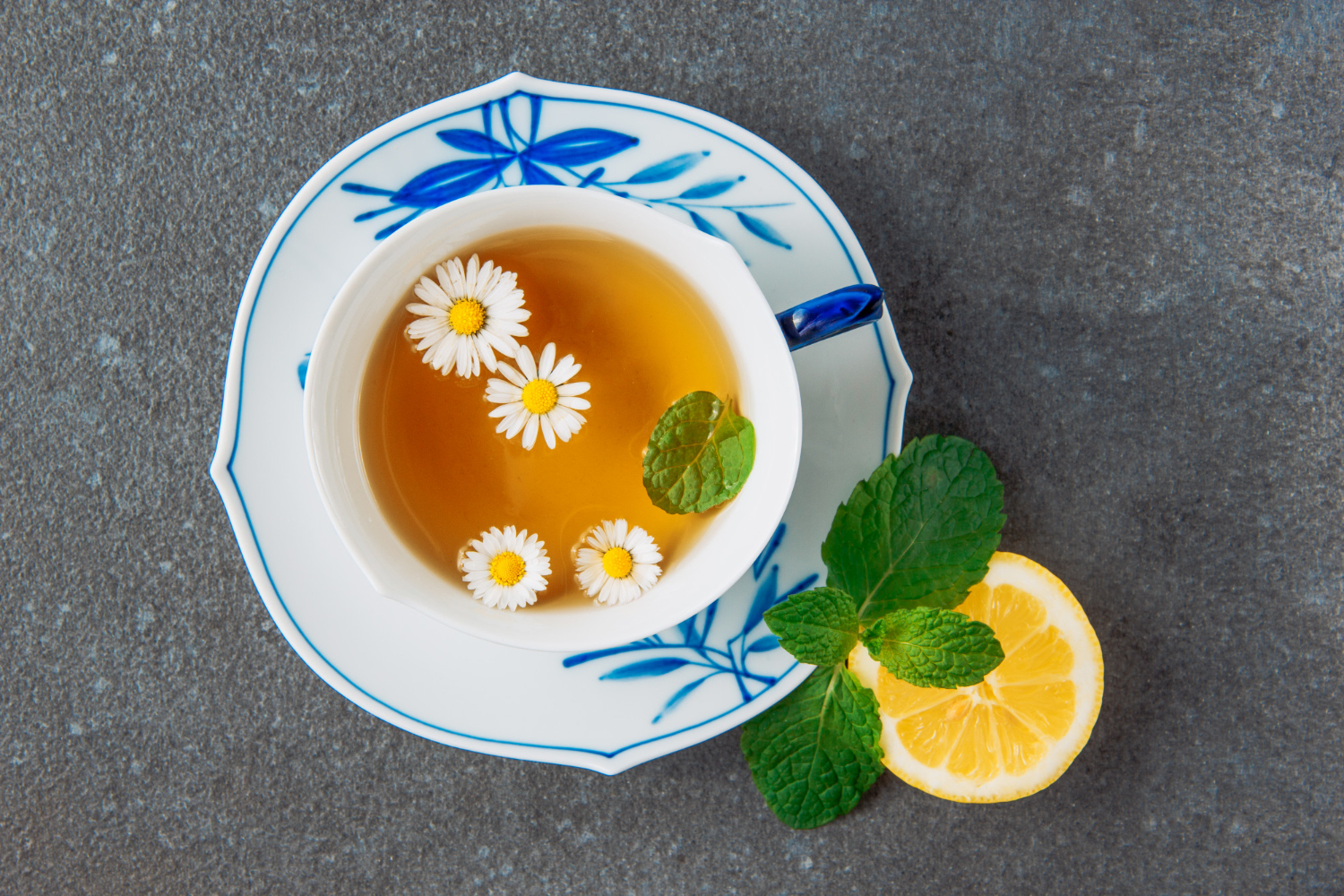 Chamomile tea has sedative and digestive-aid effects. But for generations, people have used it as a natural cure for various health issues. Chamomile tea also has many antioxidants, which may help lessen your chance of developing multiple ailments, such as heart disease and cancer. There’s also the concern if you can become addicted to chamomile tea.

The earthy, mildly sweet flavor of chamomile tea attracts many tea drinkers who prefer black or green tea because of its caffeine-free status. The Asteraceae plant family includes chamomile, which has daisy-like flowers. These flowers are dried and then used to infuse hot water to make chamomile tea.

Chamomile is a safe plant and has long been used as a moderate sedative to treat gastrointestinal problems in various cultures. In addition, some research suggests that chamomile, especially when combined with other plants, may have health benefits. However, as with any combination product, it’s difficult to determine whether a particular plant has any benefits.

Chamomile may be helpful in a variety of different ailments, including diarrhea in children, hemorrhoids, anxiety, and sleeplessness. In addition, chamomile can aid with skin irritation and wound healing when applied topically. According to some studies, this treatment for eczema may be just as efficient as hydrocortisone cream.

Do you need to consume a lot of chamomiles?

Chamomile does not come in a predetermined dosage. Between 900 and 1200 milligrams of the active ingredient in capsule form have been employed in research studies. Drinking one to four cups of tea every day is not uncommon. Make chamomile tea by steeping chamomile flowers or a tea bag in hot water for five to ten minutes in a mug with a saucer covered.

How Much Chamomile Tea Can I Drink in a Day?

Tea is the most popular kind, and some individuals have one to four cups every day. If you’d like chamomile tea, infuse chamomile flowers or a tea bag in boiling water in a saucer for 5 to 10 minutes. After the infusion has cooled to the point where it may be safely consumed, drink it.

Chamomile tea’s health advantages appear to be virtually limitless. Chamomile does not come in a predetermined dosage form. Between 900 and 1200 milligrams of the active ingredient in capsule form have been employed in research studies.

There are still certain dangers associated with drinking chamomile tea, despite it being one of the safest.

Is Drinking Chamomile Tea Everyday Bad for You?

Chamomile tea has long been utilized in traditional remedies for everything from headaches to stomachaches to respiratory problems. While chamomile tea can be a safe addition to other treatments for most individuals, it should not be used as an alternative to conventional medical care for those with severe conditions.

The results of research into the medicinal properties of chamomile tea have been promising thus far. Researchers are now looking at the usefulness of this treatment for various diseases, such as cancer and diabetes. On the other hand, ongoing studies are mixed. Some definite demonstrating benefits over alternative treatments while others only hint at them.

The following are some of the most persuasive reasons to drink chamomile tea:

What Are the Side Effects of Chamomile Tea?

To aid with insomnia, anxiety, and stomach issues, chamomile is commonly taken orally nowadays. It is also being analyzed as a potential medication for diabetes. It can also be applied topically to skin disorders or open wounds to speed up the healing process. However, because chamomile hasn’t been examined extensively in humans, the evidence for any of these claimed benefits is weak.

For this reason, chamomile tea drinkers who are allergic to plants like ragweed or chrysanthemum may experience an allergic reaction when using the said flower.