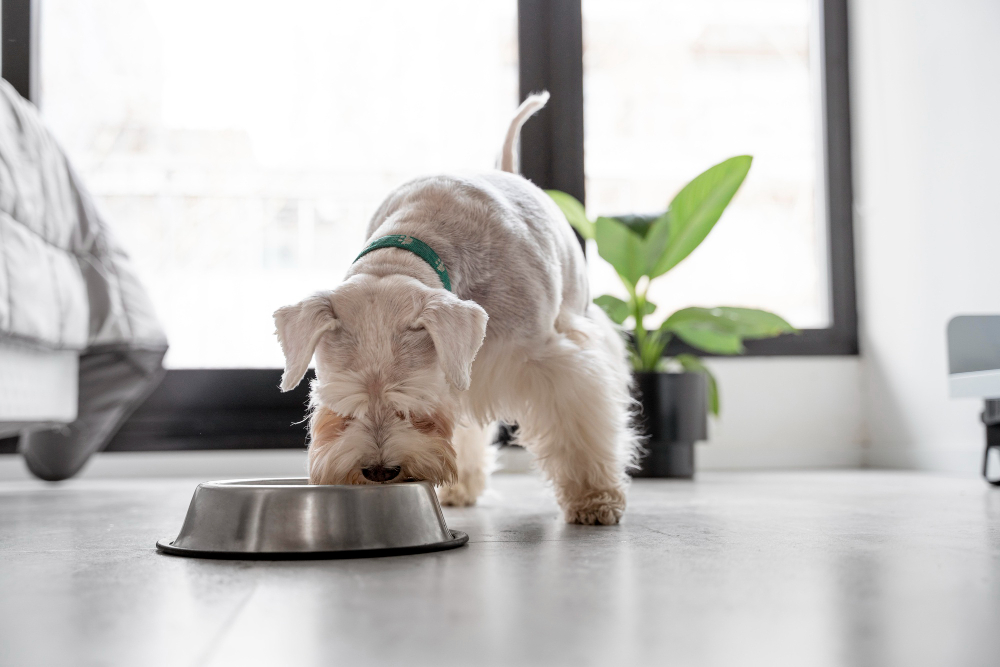 Dogs can be poisoned by foods that are safe for humans. It is pretty harmful to dogs to eat human food because their metabolisms are significantly different from ours. In certain situations, it can even be fatal.

It’s not a big deal if your dog gets avocado poisoning from eating it. Avocados may be dangerous to some animals—so it’s good to know how much avocado will kill a bird, but the good news is that dogs and cats are not very hazardous to eat.

Persin, a toxin found in avocados, is entirely acceptable for humans to eat but extremely harmful to dogs. Avocados contain this toxin. This poison is found in avocados and should never be given to your dog, whether in fruit, pits, leaves, or bark.

If a dog consumes these, the dog’s lungs and chest may fill up with fluid. A lack of oxygen and possibly death can result if they have difficulty breathing. In addition, if fluid develops up in the heart, pancreas, or abdomen, other catastrophic consequences can occur.

Dogs who consume any part of the avocado plant are at risk of developing severe health issues that could lead to death. Additionally, if a dog ingests the pit of an avocado, it may choke or become obstructed in the digestive system.

It’s not the end of the world if your dog eats a small piece of avocado that you sliced up for a salad. A toxin called persin is the most dangerous component of avocado poisoning. The avocado fruit is protected from fungus by persin, a defensive mechanism.

Can A Little Bit of Avocado Kill a Dog?

It’s not the end of the world if your dog eats a small piece of avocado that you sliced up for a salad. Avocado toxicity is low in canines, but it can vary from moderate to severe in birds and ruminants, including cattle, goats, and horses.

A fungicidal toxin (one designed to kill fungi), persin, is found in the fruit’s pit. To a greater extent, the avocado plant’s peel, pit, and leaves contain persin.

Crushing an avocado’s pit releases a higher concentration of persin, which is more harmful because it is contained in the pit. According to veterinarian Dr. Kara, who has studied avocados, Persin in avocado pits and skins can induce gastrointestinal discomfort at lower levels and cardiac muscle poisoning at very high ones.

You’re less likely to be poisoned if you swallow the pit whole, but you should still be wary of the pit becoming obstructed and causing harm. For example, a dog eating an avocado pit can cause an obstruction, as detailed below.

You can get 120 calories and 10 grams of fat with only a 100-gram portion. Two grams are saturated, and the remaining eight are unsaturated.

Acute pancreatitis may occur in sensitive dogs due to this high-fat content. According to veterinarians, when a dog’s pancreas becomes inflamed, it is known as pancreatitis, and symptoms such as vomiting, abdominal pain, and a high temperature are expected in affected animals.

How Much Avocado Can Hurt a Dog?

Is it possible to overdo it on avocados? A medium-sized dog should be able to eat one avocado a day, but two or three? An entire avocado tree would be too much for a dog. No matter how nutritious it may be, your dog still needs fat as part of his regular diet.

It’s still a good idea to regulate your dog’s avocado intake even if you know he only likes the flesh. This is because dogs (and people) can get vomiting and diarrhea if they overeat avocado.

The pit of an avocado is the most dangerous part of the fruit for dogs to eat. However, the pit’s persin content isn’t the problem but its magnitude.

With an avocado pit, induced vomiting may be an option when a dog ingests anything poisonous. Still, it could be dangerous because the pit could become lodged in the esophagus and cause even more difficulties!

Also, keep in mind that the jagged surface may cause damage when it is re-raised if the pit is chewed. The best line of action may be to take radiographs. Consult your veterinarian.

What Should I Do If My Dog Ate an Avocado?

Dogs may experience nausea, vomiting, and diarrhea after consuming large amounts of avocado. If the dog ate the pit, it may be suffering from an irritated pancreas or perhaps a blockage, explaining these symptoms.

Avocados can cause diarrhea and vomiting in certain dogs with sensitive stomachs or little dogs, even if they only eat a tiny bit of it.

A fast of 12 to 24 hours, followed by a bland diet of boiling chicken (skinless, with fat removed), rice, or sweet potatoes may be all that’s needed for minor cases of tummy trouble caused by eating something new.

The highest concentrations of persin are found in the avocado pits and skin. There are minimal amounts in the fruit itself, so it is unlikely to cause any problems other than mild mid-digestive discomfort; nevertheless, it could be harmful in dogs with a history of pancreatitis.

Your dog should be taken to the clinic as soon as possible if he ate the pit of an avocado or vomited regularly, even if it wasn’t chewed very much.

Using an endoscope to remove the pit is an option if the dog ingested it within a few hours of the incident, avoiding the need for surgery. However, not all foreign objects can be removed this way, and in some cases, surgery is the only alternative.

The pit is the most dangerous part, as swallowing it whole or in large portions can cause a blockage. On the other hand, avocados should not be served to pets because of the ongoing debate about whether or not they are dangerous.

Are Avocados Good for Gas