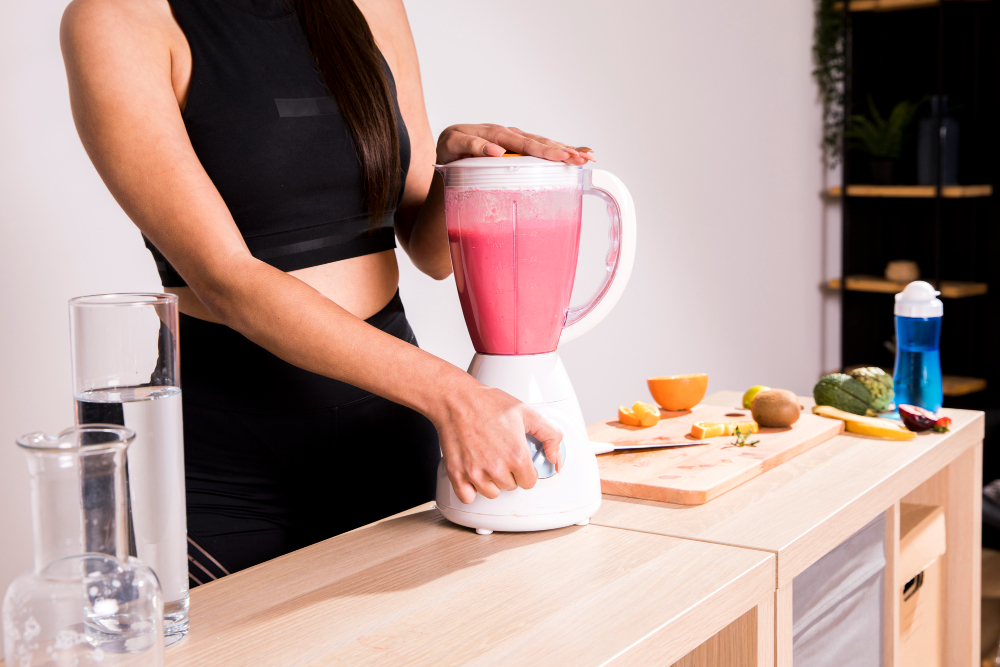 The blender is among the top appliances that people invest in when they equip a modern kitchen, and for a good reason. Blenders are crucial for making smoothies and sauces, and depending on the types of blades you have, and you can also use your blender motor for quickly crushing ice and grinding spices.

The blender blade is the beating heart of your blender, the component that accomplishes the blending and pureeing. The blade is made of stainless steel and is a simple instrument. The blade comprises two metal components that come together at the bottom of your blender to produce a cross shape. The blade is attached to the engine at the bottom of the blender, usually with a screw to keep it in place. Your blades will be useless if they are not securely fastened to the motor.

The blender’s engine is yet another self-explanatory component. This is the source of power for your blender’s blade, which may be found in the blender’s base. Depending on the sort of blender you have, there are a variety of motors to choose from, and you’ll probably need to replace one at least once during its lifetime. Knowing the specifics of your blender engine can save you money by preventing you from having to replace the complete blender.

Blending is more than just chopping food or ice into tiny pieces with a spinning blade. During the blending process, several different processes take place. The cutting procedure is the first thing that happens. Solid foods are broken down into smaller pieces by chopping, cutting, or smashing. Flow is the second action that takes place. Next, the sliced particles move about the container due to the blades’ swirling effect. Circulation is the third action that takes place.

The water content in the food is released as the food particles are sliced and begin to flow, generating a liquid. The blade’s tremendous force pulls the liquid down to the jar’s bottom and then forces it out the sides. The blending process is made possible by combining cutting, flow, and circulation.

Does Blending Ice Sharpen the Blades?

No, blending ice does not sharpen your blender blades. This is a myth.

Crushing ice cubes is a difficult task, but it is made easier by using a kitchen blender. As entertaining as it is, it has some drawbacks, including shortening the life of your blender and lowering its performance. Nevertheless, crushed ice cubes add to the enjoyment of our food and beverages. The cooling sensation provided by ice cubes is relaxing. Fruit mixtures are best served cold or blended with crushed ice.

It doesn’t work that way. Because of the hardness of ice cubes, one can be led to believe that they can sharpen blender blades. The truth is that they are still a long way from doing so. Ice cubes do not affect the sharpness of blender blades.

In addition, crushed ice chills objects faster than cube ice since it has a larger surface area. However, while it chills faster, it also has the drawback of making things watery more quickly. If you don’t want to change the consistency of your food or drink, you can utilize ice in its cube form. Another option is to drink it rapidly before it completely dissolves.

All the stuff that we put in blenders can potentially ruin the blades.

The weight of ice cubes alone can bend, if not wholly ruin, blender blades. Whenever we go on a voyage like this, we advise putting a little at a time. I mean, isn’t life all about wear and tear? While it is true that blending ice dulls kitchen blender blades, this does not indicate that it is always a terrible idea. People acquire blenders for various reasons, one of which is to prepare smoothies, which can be done by breaking the ice or frozen fruits.

To prevent your blender blade from becoming damaged quickly, add a little water or other liquid you wish to mix it with and continue pulverizing. Consider adding little ice cubes into your blender at a time, leaving enough room in the blender for the cubes. It allows for air to circulate and facilitates effective crushing.

How Do I Make My Blender Blades Sharper?

There are several ways to sharpen blender blades, but you can use eggshells instead if you have no idea how to use those specialized blade sharpeners. Instead, save your used eggshells in the freezer to effectively re-use them to sharpen your blender blades. One method to simplify this is to collect your wasted eggshells in a bowl or on a paper towel as you cook, then place them in a freezer zip-top bag.

When your blades require sharpening, drop a handful of eggshells into your blender container, add enough water to cover the shells and start the machine. It should be run until the eggshells are completely pulverized. The following step is critical: do not pour the eggshell water down the drain since the shells may clog your pipes. Instead, toss them in the garbage or strain them and add them to your compost pile to make them even more helpful. Finally, give the container a good cleaning with soap and anticipate how well it will function the next time you make a smoothie.

Is It Okay to Put Ice in A Blender?

The majority of blenders can handle at least some ice. The higher the quality of your blender, the better it will crush it. Cheap blenders (under $30) are likely to have problems if you try to accomplish much more than a few tiny cubes. The more liquid you put in your blender, the easier it will be to produce a vortex and shatter the ice. Moving liquid around exerts significantly less strain on the blades and engine than moving solid ice cubes. If you want to generate pure crushed ice that isn’t runny, add a small amount of liquid at a time and pulse. Between pulsing cycles, add a small amount of liquid to avoid becoming too slushy.

If your blender has many speeds, start with the lowest setting and gradually increase the speed. This, like the last advice, aids in the creation of a vortex, making ice crushing much easier.

Are Coffee Grinders Worth It?