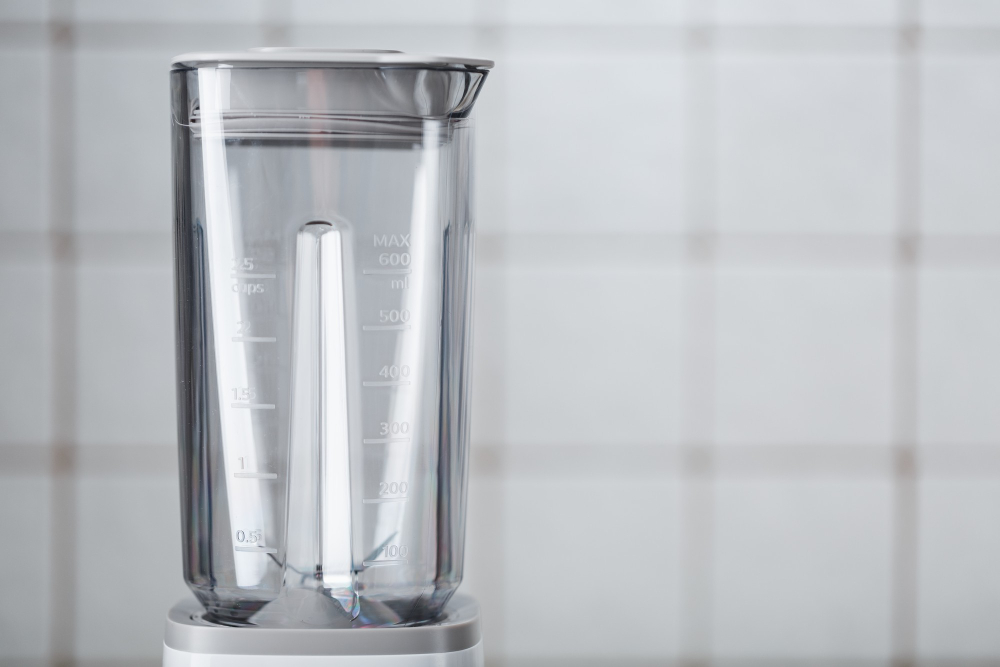 Blenders are one of the most versatile kitchen equipment or machines, capable of blending, grinding, chopping, and pureeing, among other things. Essentially, they are of tremendous assistance and lessen the amount of time you must spend doing kitchen duties. However, one aspect that might be irritating is the odor blender bottle. Blending a range of meals and drinks in a blender bottle or jar can produce scents that are difficult to remove by just washing.

Why Does My Blender Smell Weird?

When the bearing assemblies in blenders become seized due to liquids and food seeping through, they frequently emit a foul odor. In addition, this seeping of food substances is known to force the engine to work even harder than it should, causing it to overheat or burn down in the process.

This burning causes the odor of vomit. In addition, if other parts in your blender fail, the motor may fall as well, resulting in a burning or electrical odor. Finally, when the blender blades don’t work or revolve freely, there’s more friction, which causes the electric motor to overheat, resulting in an obnoxious odor, and occasionally even smoke.

When an electric motor in a blender becomes overheated, it emits a suffocating odor like that of burning electrical components.

When the device is not correctly fastened to seal any holes between the blender’s base and its top, the overheating is caused mainly by seeping food particles or other fluids. When food particles pass through these apertures, the electric motor is overworked, resulting in a burning odor. There may also be a bad odor due to stuck-on food residue or poor cleaning methods.

Your blender may smell of mold because there is mold forming inside. The blender jar has inaccessible spots that you cannot easily scrub. Mold or mildew in the home can sometimes produce musty odors compared to the smell of wet cardboard or mothballs. Mold-emitted microbial volatile organic compounds (VOCs) may cause a musty odor in your home. Because exposure to these VOCs can result in various health issues, any mold growth should be investigated as soon as possible.

Why Does My Ninja Blender Smell Like Its Burning?

Blenders retain a distinct odor, even after they have been washed, for various reasons. Most blender bottles are made of BPA (Bisphenol A) plastic, which is prone to retaining odors and scents, especially if not cleaned regularly.

As a result, every time you wash them, fill the bottle halfway with vinegar and baking soda and let it sit overnight for more efficient cleaning. Additionally, liquids and other food material squeezing past the seals into the electric motor may cause your blender to smell after washing.

If you mix a lot of rice, for example, the blades are prone to fail and the motors overwork, resulting in the same problems. One technique to avoid such problems is to make sure the blender’s base is tightened to the top so that no liquid seeps out as you blend.

Additionally, only fill the blender cup up to the designated level on its side and not any higher. Finally, please do not leave your blender to sit for an extended period after use before washing it. It goes a long way to get rid of unwanted odors if you wash them right after each usage. When the blender blades don’t work or rotate freely, there’s increased friction, which causes the electric motor to overheat, resulting in an unpleasant odor and, on rare occasions, smoke.

When your motor starts to overheat, except for the blender, it creates a genuinely acrid odor like burning plastic when an appliance’s wire is set ablaze.

How Do I Get Rid of The Smell in My Blender?

This “smooth step” makes cleaning the blender easier and faster. Scrape out any leftovers and fill the blender jar with around 1-2 cups of water and a spritz of dish soap once you’ve finished your creation. Blend for 30 seconds after placing it on the base. I utilize this time to clean up any spills. Dump the contents and rinse the jar after you’re through. Next, rinse the blender jar and lid and set them aside to dry.

The dark colors of food and crusty parts that were never entirely dealt with at an earlier time might accumulate in the blender jar over time. Keep an eye on this to avoid discoloration, which can quickly become a problem. In a blender jar, squeeze a lemon (discard the rind) and add 2 tbsp baking soda and a cup of water. Remove the pot from the base after 30 seconds of blending at high speed. Scrub the inside with a gentle sponge, then rinse and dry thoroughly.

Instead of lemon juice, you can also use 3/4 cup white vinegar and 1/4 cup baking soda, and around 1/4 cup water. Blend on high for about 30 seconds after adding this to the blender jar. Remove the pot from the base, clean the interior with a gentle sponge or cloth, and then rinse and dry.

Fill the jar about halfway with hot water and a couple of tablespoons of dish detergent powder. Allow the solution to rest and work for a few hours before dumping the contents. Massage the remaining mixture around the base using a soft sponge, then rinse and dry thoroughly.

There’s a quick treatment for a nasty odor coming from the jar of your blender (and how delicious is that?). Add lemon to the blender, and cut it up. Blend in a small amount of water, around half a cup. The lemon aids in the removal of odors from the blender jar, leaving it feeling lemony fresh! Rinse well and pat dry.

Wipe the base with a soft cloth and an all-purpose cleaner (dish soap and water will suffice). Use your cleaning toothbrush to dislodge any tenacious debris from the base.

Where Does The Gasket Go On A Blender

How to Maintain Your Kitchen Knives in 4 Easy Steps