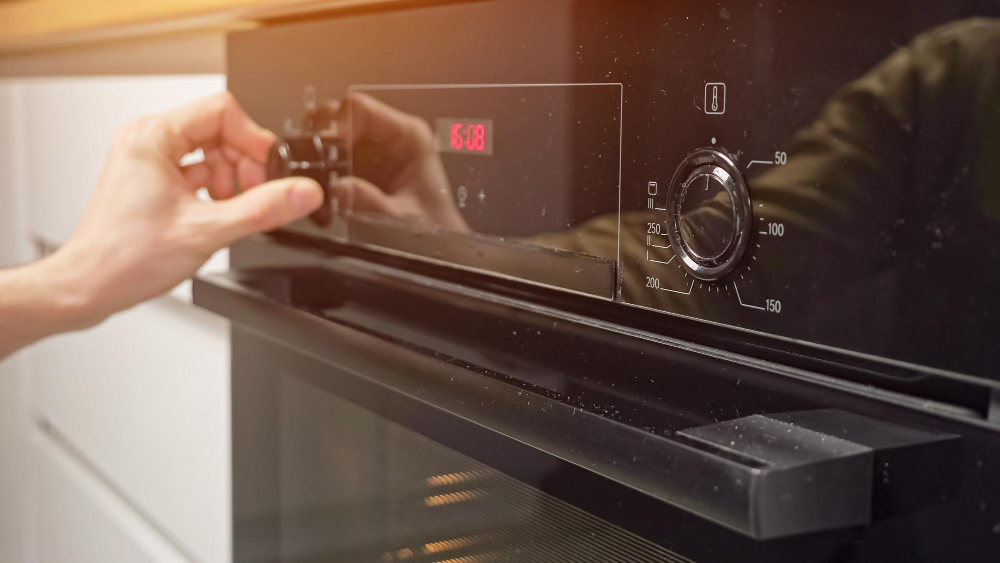 Do Ovens Use a Lot of Electricity

Electric stoves require electricity to function, but how much and when is the subtle difference between a nice home-cooked meal and a trip to the fast-food joint. Most electric cooking appliances are elementary mechanisms that convert electrical energy into heat energy using heating elements. The control system of an electric cooking appliance and the heating system are the two systems that make up the appliance. People also want to know – do ovens turn off automatically?

How Much Electricity Does an Oven Use?

Finally, let us provide some basic cost estimates to bring the suspense to a close. Most electric ovens consume between 2,000 and 5,000 watts, with the average wattage of an electric stove hovering around 3,000 watts on average.

The question is, how much energy does an electric burner consume in an hour? Assuming a 12-cent-per-kilowatt-hour (kWh) power tariff, a 3000-watt oven will cost you around 36 cents per hour when operating at high temperatures.

Larger burners require more electricity to operate if you have an electric stovetop. Many cooktops include burners ranging from 1,200 watts for the lowest to 3,000 watts for the largest, with costs ranging between 14 cents and 36 cents per hour for the most minor and most significant, respectively. Although you may be aware of the exact wattages of your oven and each of your burners, this breakdown is still an oversimplification of the situation. This is since the actual wattages you’re drawing are dependent on the amount of heat you’re producing. For example, a significant gap in energy consumption exists between preparing beef jerky at 170°F (76.67°C) and self-cleaning your oven at 800°F (426.67°C) while using a conventional range.

Consider how you use your burners: you swiftly crank the dial to low, medium, or high heat, yet the precise point at which the dial stops vary somewhat from one use to the next. As a result, it is tough to track the energy use of a kitchen range with precision.

These variances will not amount to more than a few dollars per month for the average home chef based on the estimated cost estimates provided. So unless you plan on running your range all day, it is not going to be a substantial financial burden.

What Uses the Most Electricity in A Home?

The most power-hungry appliances at home include refrigerators, electric ranges, ovens, microwave ovens, washing machines, and TVs. First, check the wattage of the item to get an idea of how much it will cost you—the lower the number of watts, the cheaper the cost of your electricity bill. Counting your monthly kilowatt-hours is as simple as multiplying the unit’s wattage by the number of hours per day it is in use and dividing the result by 1,000.

Is It Cheaper To Use the Oven to Heat the House?

It is safer to leave an electric oven turned on than an older gas stove since it does not generate carbon monoxide. An electric range is powered by electricity rather than gas. Electric ovens are commonly left on for long periods without causing any harm to the environment. Using a high oven temperature to heat a room, even with the door closed, will be effective, albeit ineffective in a vast space.

When you open the oven door, the heat will be able to circulate more freely throughout the room.

It is important to remember that electric ovens are not meant for use as space heaters. Overheating may occur because of prolonged use, leading to the appliance malfunctioning and causing a fire. This will also cause a reduction in the appliance’s or oven’s overall life span.

If you choose to heat your home with an electric oven, one downside is that it will require more energy to achieve a suitable room temperature. In addition, the cost of running an electric oven is significantly higher than the cost of running a smaller space heater. Since energy consumption increases as a function of consumption, the electricity bill will rise, making this a less cost-effective option. Therefore, electric ovens should only be used to heat a home as a last resort.

Your electric bill is calculated based on the number of kilowatt-hours consumed. For example, an electric oven typically consumes between 1,500 and 4,000 watts. Space warmers are available in variants that consume as little as 500 watts of electricity. Look for models that are energy efficient.

Temperature dials can be melted in an electric oven left open at the highest temperature. However, every time a range is kept on, the greater the likelihood that it will experience an electrical malfunction and catch fire, especially if the oven is left unattended. Instead of heating an entire room in your house, ranges are meant to heat a limited internal space where your food is being cooked in.

How Much Does It Cost to Run an Electric Oven At 350ºF?

The cost of running an oven for an hour at 350°F for sixty minutes is roughly ten to twenty-three cents per hour.

It’s unlikely that purchasing a whole new range will be the most effective approach to saving energy in the kitchen unless you’re already in the market for one. If you’re searching for savings, consider implementing some of these intelligent energy practices:

Do Ovens Turn Off Automatically

Airpot Vs Kettle: Which Is Using More Energy

What Do the Symbols on Plastic Food Containers Mean?