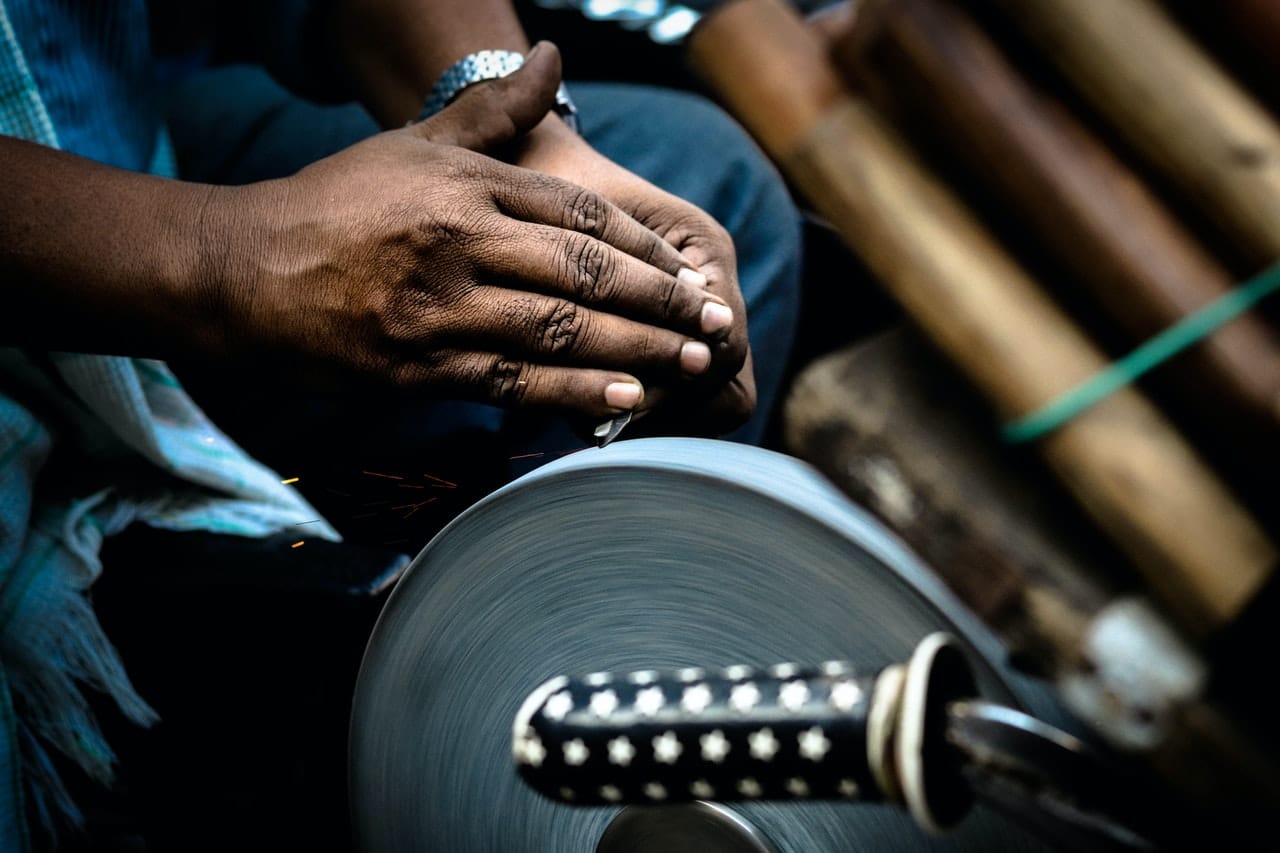 The general definition of a bread knife is any knife with a serrated edge designed mainly to cut through bread. Serrated knives come in many forms, but the more extended models are often used for bread and roasts.

The reason why the blade of a bread knife is serrated is that they need to cut through the crust and a generally soft material without crushing the bread. The serrations allow the knife to apply minute points of pressure on the bread, cutting it effectively, while retaining its shape.

The sharper your bread knife, the more pressure it can exert effectively with each stroke, and the better the results. Serrated knives function differently from the chef’s knives because the blade distributes pressure from the wrist differently.

Can You Sharpen a Bread Knife? Is it possible to sharpen a serrated knife?

What Is the Best Way to Sharpen a Serrated Knife?

There are several ways to sharpen serrated knives effectively.

The sharpening rod is probably the most compact and convenient tool you can use for sharpening a serrated bread knife again. They are also highly recommended because they provide the correct surface area for serrated knives.

The spaces between the teeth of a serrated knife need a tapered surface to be sharpened effectively. Using the correct size of a sharpening rod is also essential if you don’t want to damage your serrated blade.

The first step in sharpening a serrated knife is turning the blade so the beveled edge is facing you. Serrated bread knives will always have two sides – the flat side and the beveled edge. The serrations are located on one side, where the metal angles down before dipping into ground, open spaces of the blade.

Locate the spaces or “gullets” of the serrated blade. These are the open spaces that need to be sharpened. Position your sharpening rod between 13°-17° relative to the center of each gullet. Use a protractor or any other tool to approximate the correct angle. If the serrated knife has a straight edge design, adjust the rod’s angle to 20°-25°.

Sharpen each of the gullets with firm but short strokes. Please don’t overdo it, but be sure to apply the correct pressure. You know that you have done well when there are burrs from the gullets that you are sharpening. Burrs are tiny metal shavings produced from the metal’s friction with a more rigid material. Continue working on each of the gullets until you reach the tip of the knife.

When you have reached the end of the knife, each of the grooves will have burrs. You can use sandpaper to get rid of the burrs still attached to the blade or use the sharpening rod to remove these.

Sharpening triangles function a lot like sharpening rods; only they’re set on a fixed base. As the name implies, they’re triangle-shaped, so they are best used for serrated knives with gullets that are more V-shaped than concave-shaped. The process of sharpening your bread knife would be the same as using a sharpening rod. Note the required angle (13°-17° or 20°-25°) and position the knife so that each gullet can be adequately sharpened with short strokes. As you sharpen your knife, you will see burrs forming underneath. Again, this is a good sign because the presence of burrs means the sharpening agent is hard enough to cut down the metal.

If you don’t have a sharpening rod at home, you can just as easily make a DIY sharpening rod by wrapping an emery cloth around a wooden dowel. It would be best if the dowel is approximately as thick as the spaces between the serrated knife’s teeth. The closer you are to the size of the grooves, the better the results. Keep in mind that there are square-shaped gullets, too. If you happen to have neither V-shaped nor a concave knife, you have square-shaped gullets. Square-shaped gullets are best sharpened with square dowels as well, so the surface of the emery cloth can get into the spaces. You have sharpened the gullets at an angle (see instructions above) and, as always, use firm but short strokes (back and forth) to sharpen the knife. Clean any burrs as they emerge and do a clean sweep of the knife when done with the final gullet.

Sharpening with a square stone is the least reliable method, but you can try it when it fails. The video above shows how you can modify a square stone to be used for serrated knives. If you can’t emulate what the video did, then what you can do is simply angle the square stone’s edge and rub it against each of the gullets. Since the material is of the required hardness, it should work still.

Do You Need To Strop A Knife