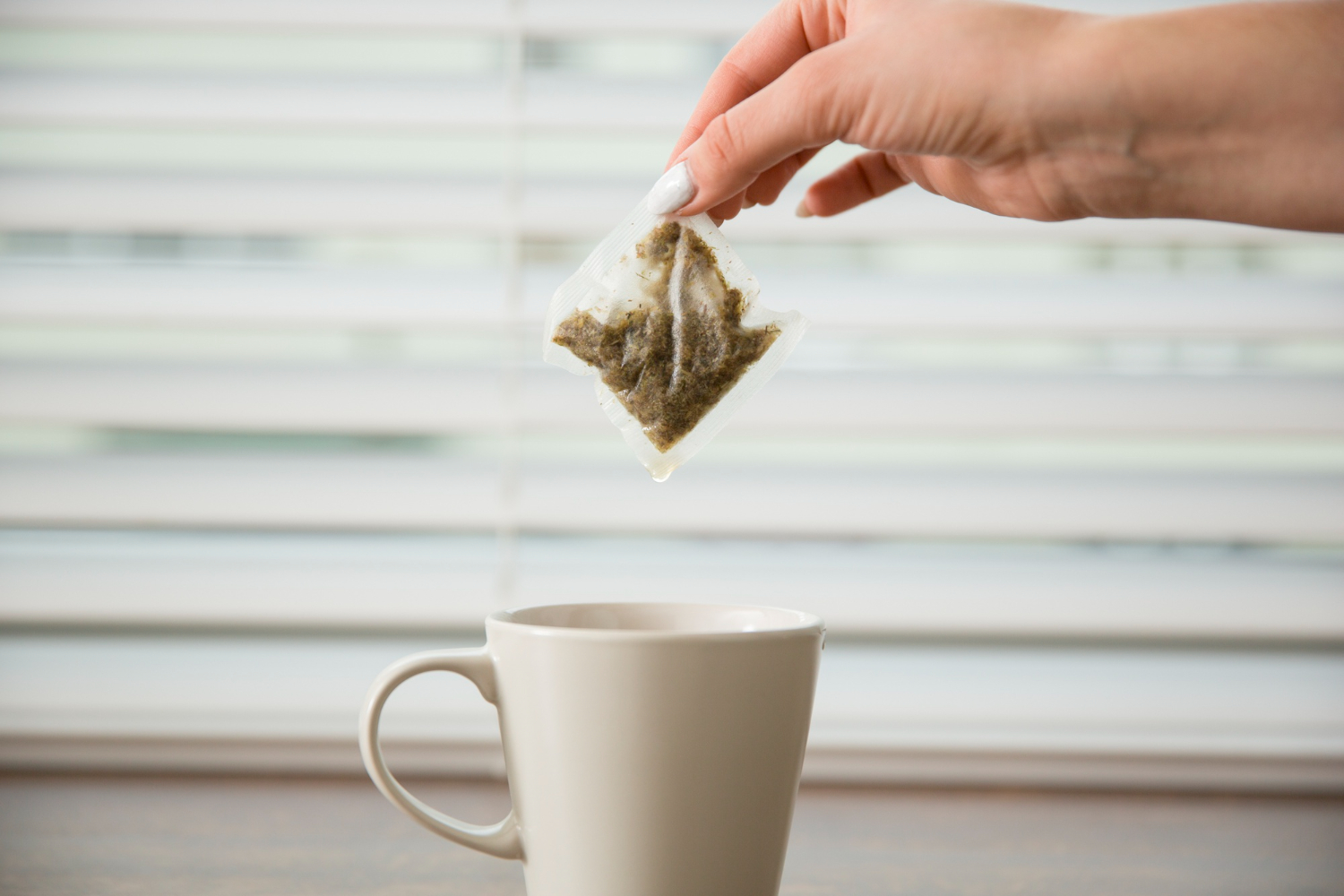 A tea bag (sometimes known as a “teabag”) is a small, porous bag used to steep tea. These bags can be sealed with tea leaves or open and empty (enabling the tea drinker to fill it with tea of his choice).

Many of these sacks or bags have a string attached to make removing them from the brewing kettle easier; however, not all tea bags have this feature. Teabags with a string usually have a small piece of paper at the opposite end of the line from the teabag itself with the producer’s name or the type of tea.

The history of the tea bag is entertainingly serendipitous. A tea merchant named Thomas Sullivan was reported to have discovered the tea bag by accident around the twentieth century.

According to legend, like many tea importers, Sullivan had a habit of sending out samples of his most recent imports to possible clients. Tea was highly cherished at the time, and by today’s standards, it was exceedingly expensive. Hence the typical containers were heavy tins to protect the quality of the tea.

One year, Sullivan had an off-the-cuff idea to save a bit of money by sending his imported tea specimens out in small silk fabric bags (which looked like small sacks) rather than the more expensive tea tins.

Many of Sullivan’s surprised customers mistook these new silk sacks for a convenient infusion method rather than just cheaper packing. But, simply put, the fabric sacks worked splendidly for infusing tea. The happy customers dropped the bags right into the piping hot water, and the customers were blown away. Making tea just became that much easier. And people drank tea several times a day, so you can imagine how awesome it was for people to make tea.

These consumers placed exceptionally substantial orders, which made Sullivan even happier than before. They were disappointed, however, when they received their new tea. Where were the bags? What happened to the bags that made life so much easier at tea time?

When they wrote to Sullivan, he finally grasped what the customers were after. They wanted an easier way to make tea. So, like others at the time, he began creating an increasing number of these new “tea bags,” and the concept took off. After that, tea time was never the same again.

Humans have consumed tea for millennia, not just for its flavor but also for its medicinal properties. Tea comes in many brands and variants, each with its own set of characteristics. Green tea, white tea, black tea, and oolong tea are the most prevalent forms of tea. Dandelion, hibiscus, chamomile, ginger, and peppermint are great examples of herbal teas.

Tea is frequently renowned for its therapeutic effects, despite each tea having its distinct flavor and properties.

Is The Stuff Inside Tea Bags Edible?

Can you eat the contents of tea bags?

Tea has a long history of being linked to a variety of health benefits.

The majority of teal lovers are known to consume many cups of tea per day on occasion. And there are tea leaves that find their way into their teacups, which they are free to ingest whether they want to or not.

Does this raise the question of whether or not ingesting tea leaves is genuinely beneficial to one’s health?

So, can you eat tea leaves and tea bag contents? The tea leaves and the contents of a teabag can both be consumed. It is, however, not advised. Many of the nutrients found in tea leaves are water-soluble and can be released when the leaves are soaked in hot water. Therefore, there may not be many nutritional or medical benefits to ingesting tea leaves.

What Is the Stuff Inside a Tea Bag?

The stuff inside tea bags is just the dried tea leaves and other fragments from the tea plant. Not all tea leaves are good for eating, so if you want to experiment with tasting the material, make sure that the leaves can be taken by mouth.

Regular tea bags are made from the tea plant, while herbal tea bags are made with the plant/s printed on the packaging from the manufacturer. Herbal teas may not contain regular tea leaf fragments. Additionally, herbal tea bags may have stuff that may not be herbal or organic at all. Essentially, it’s not a very good idea to eat what’s inside the teabag. Time to think of another snack, in this case, no matter how much you love the taste of tea.

Should You Remove Tea Bag After Steeping?

You don’t have to give up Earl Grey just because tea is more complicated than coffee. To begin, place the tea bag into a pot of boiling water when your waiter gives it to you and wait three to five minutes for it to brew. Leave the bag in the pot after you’ve made yourself a cup.

If you’re given a cup with hot water already in it, toss the bag in right away. After three to five minutes of steeping, retrieve the bag with your spoon and hold it over the cup to drain, then place it on your saucer. If your tea is given in a cup without a saucer, request a tiny plate.

Other tea-drinking tips: don’t jiggle the bag by picking it up by its string, and don’t wind the string around the tea bag and squeeze it dry.