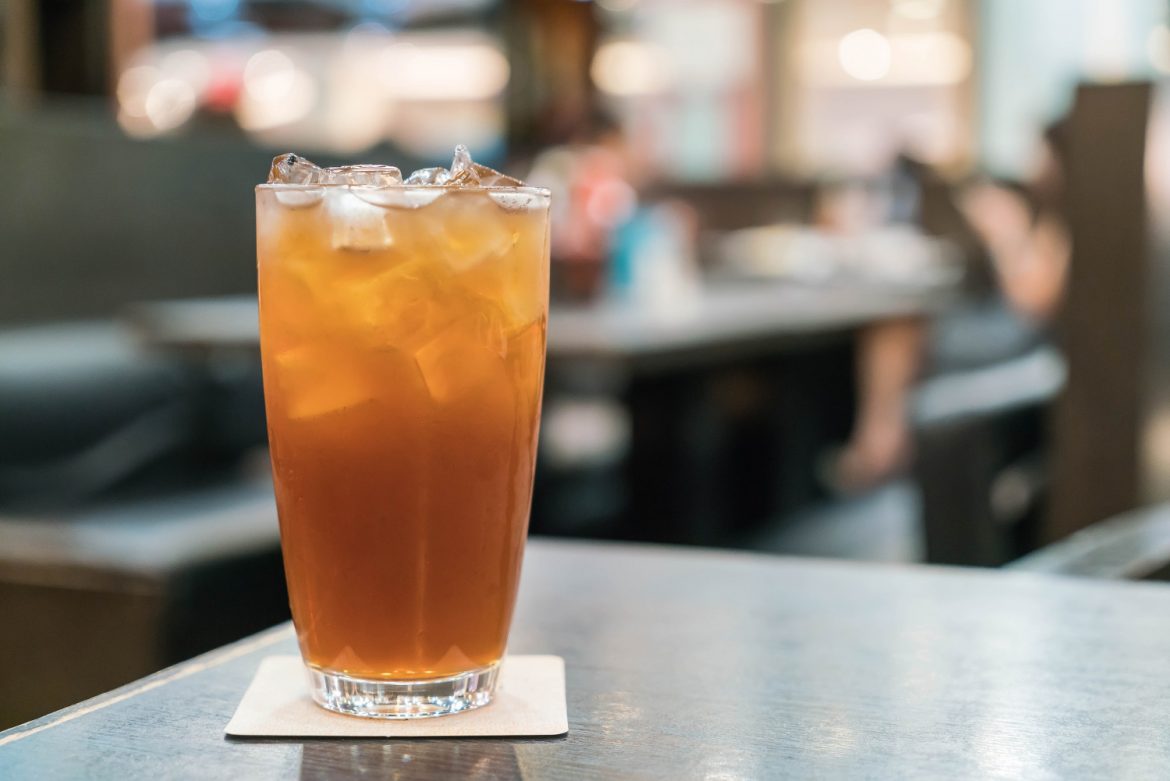 A type of cold tea is iced tea. It’s a popular packaged drink that can be sweetened or not. Lemon, raspberry, lime, passion fruit, peach, orange, strawberry, and cherry are usual tastes that can be paired with flavored syrup.

Tea is an ancient beverage with a rich flavor and beneficial characteristics. For example, tea leaves have a higher antioxidant content than other teas since they have been fermented. In addition, it is traditionally believed to promote digestion and metabolism, aid weight control, and naturally boost energy without jitters when combined with a good diet and exercise.

Iced tea became popular in the South of the United States and grew in popularity when Richard Blechynden, the man who is credited with creating iced tea, added ice to some of his tea samples at the St. Louis World’s Fair. It was a sweltering day in 1904, and people needed to cool down. The drink was a hit, and iced tea has been a popular beverage in the United States ever since. In a typical commercial mass-market iced tea, you’ll find dust and fannings and other traces of the original leaves after processing.

Yes, iced tea can get moldy. However, if you prepare commercial iced tea or create iced tea from brewed tea leaves or tea bags, the risk of growing molds remains the same. Molds can grow on nearly anything, including the surface of plastic and tiles, and a brew with sugar in the refrigerator can still grow molds if left in there too long.

So, if you made a pitcher of your favorite iced tea and forgot about it for weeks, expect stuff to float on top of the solution. Yes, that is accurate mold, and it grew very slowly because fungi are tenacious.

If you’re wondering what kind of fungi tends to grow on sweetened iced tea and other common beverages, it’s the Aspergillus group. Aspergillus is not a single species of mold but rather a group of fungi classified into several subgenera (a total of seven) that still have subdivisions.

Yes, iced tea can go wrong. That’s why it’s best to consume any prepared tea (iced tea or not) immediately. Storing these beverages for weeks in the fridge isn’t a good idea. You might be wondering, well, what about the iced tea in supermarkets? They stay there for months, and when you open them, they’re excellent to drink. Iced tea made at home and iced tea stored in sealed bottles are incomparable. There is no comparison because contaminants can’t get into commercially prepared bottled teas.

There’s a real risk with drinking anything moldy. The threat comes from mycotoxins, or toxins produced naturally by fungi.

Mycotoxins are poisonous substances produced spontaneously by some types of molds (fungi). Molds that create mycotoxins can be found on various cereals, processed or dried fruits, spices, and nuts. Mould can form before or after the harvest and even during storage. Mold can begin when the food is already displayed in the supermarket, especially in humid, moist, and warm areas.

People should also know that chemically, many known mycotoxins are stable and may withstand food processing. So even with chemical agitation, drying and heating, these toxins will survive and persist in the food.

Several hundred variants of mycotoxins are identified, but fumonisins, patulin, aflatoxins, ochratoxin A, zearalenone, and nivalenol are the most regularly seen mycotoxins that are harmful to human health.

Mold contamination of crops both before and after harvest causes mycotoxins to enter the food chain. Mycotoxins can be acquired directly from infected food or indirectly via animals fed contaminated feed, particularly milk.

Aflatoxins are created by specific molds (Aspergillus parasiticus and Aspergillus flavus) that thrive in soil, rotting plants, hay, and cereals and are among the most toxic of these fungi toxins.

Ochratoxin A is a prevalent food-contaminating mycotoxin produced by numerous species of Aspergillus and Penicillium. Products like and cereal goods, coffee beans, wine, grape juice, spices, and dried vine fruits are all contaminated on a global scale.

What Happens If You Drank Moldy Iced Tea?

If you consumed only a sip of moldy tea and you have a relatively regular immune system, it’s possible that the fungi won’t have any effect on you. However, if you somehow consumed a large quantity of living, growing fungi in your drink, there is a risk of contracting Aspergillosis.

Aspergillus mold is present everywhere, and you can’t hide from it by merely cleaning your house or staying indoors. Those who have severe reactions to any mold or air particle should have robust air filtration systems at home to clean the air and remove most of the spores, thereby reducing the risk of showing symptoms of Aspergillosis.

Aspergillus mold can cause allergic reactions in patients with asthma or cystic fibrosis. This disorder has the following signs and symptoms:

At initially, aspergillomas may cause no symptoms or simply a moderate cough. Aspergillomas, on the other hand, might aggravate the underlying chronic lung illness over time and without treatment, potentially leading to:

Aspergillosis of this kind is the most severe. When an infection spreads quickly from the lungs to the brain, heart, kidneys, or skin, it is known as sepsis. Invasive Aspergillosis only affects persons whose immune systems are weakened by cancer chemotherapy, bone marrow transplantation, or some immune system disorder. This type of Aspergillosis can be lethal if left untreated.

The symptoms of invasive Aspergillosis are: