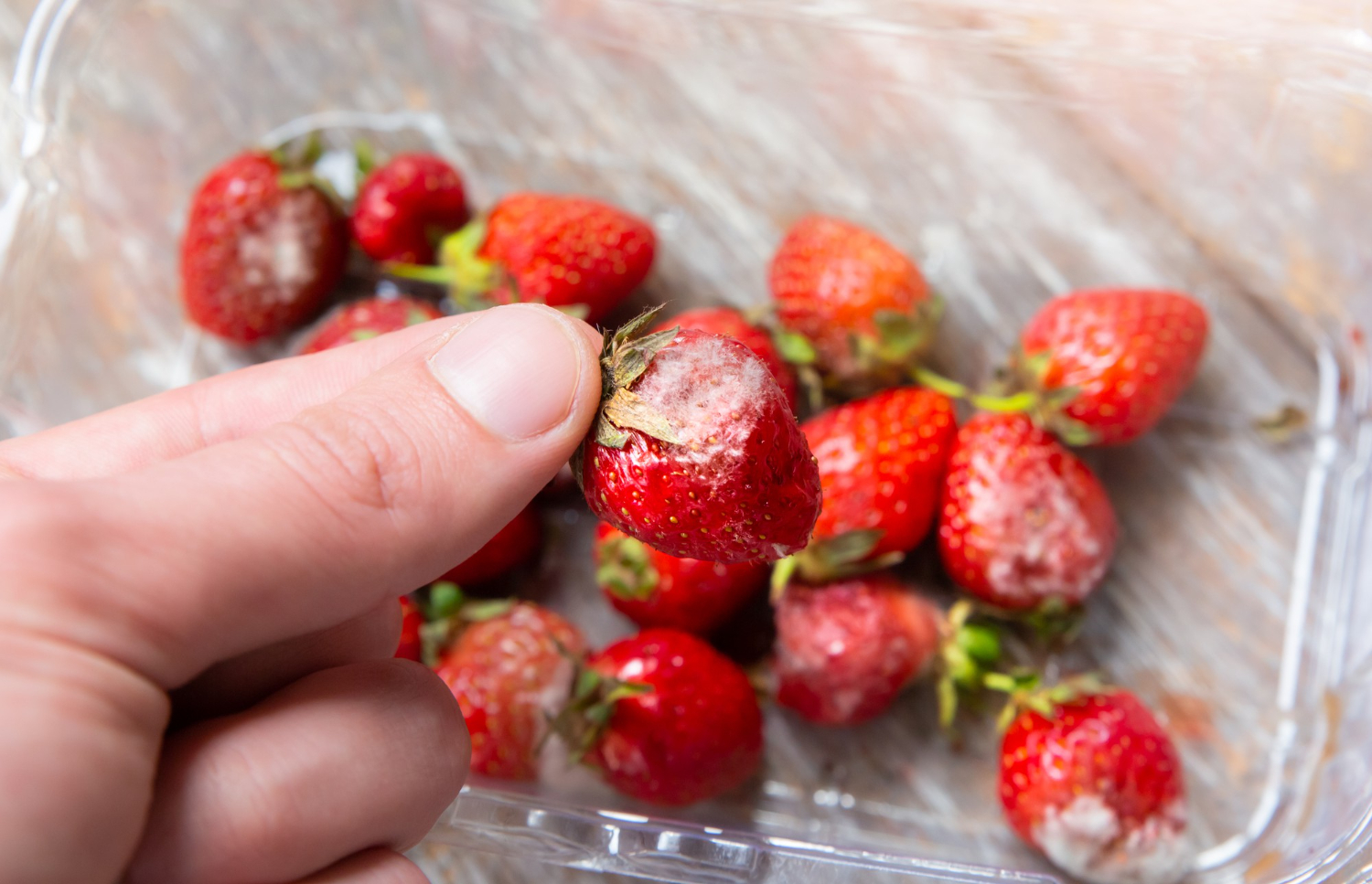 Some molds cause allergies and respiratory issues. In the right conditions, a few molds can develop “mycotoxins,” deadly compounds that can make people sick. Is it okay to cut off the moldy section of a piece of food and use the rest? Investigate where molds take root underneath the food to obtain the answer to that question.

Molds are minute fungi that dwell on the surface of plants and animals. Air, water, and insects can all carry fungal spores, to one extent to the other.

Molds, unlike bacteria, are made up of numerous cells and may occasionally be seen with the naked eye. They resemble slender mushrooms if you take a peek at them under a microscope. The body of many molds is made up of root threads that infiltrate the food they live on, a stalk that rises above the food.

Mold gets its color from the spores. When the spores get airborne, they spread the mold, the same way that the wind takes care of dandelion seeds.

Molds have branches and roots that are as thin as threads. When mold grows on food, it’s not uncommon for people to miss the sources of the mold. Moldy foods may also contain additional microorganisms that are not visible to the naked eye. As a result, some molds cause allergies and respiratory issues. In addition, there are a few molds in the right place. On the surface of food, people only notice a portion of the mold: gray fur on neglected bologna, fuzzy green specks or tufts on bread, strange white dust on some old cheddar cheese, coin-size velvety rings on different fruits (including berries), and abnormal furry growths on jellies. “Root” threads have deeply infiltrated a food when it has a lot of mold development. Poisonous chemicals are frequently found in and around these threads in harmful molds. In addition, toxins may have diffused throughout the food in some circumstances.

Is It Safe to Eat Blueberries If Some Are Moldy?

Generally speaking, yes, moldy blueberries won’t send you to the hospital if you accidentally ate a few with some gray fuzz.
Biting into a piece of fruit and spotting a patch of multicolored, fuzzy mold is one of life’s most terrifying experiences.

It feels like a betrayal, and you’re spitting out that part of your prized bunch of berries (or apple), thinking about contacting your mother to reassure you that eating mold won’t kill you.

Whether you’re inclined to rinse your mouth with Listerine for 10 minutes or simply cut around the mold and start chewing, bear in mind that eating moldy food is unlikely to do you any harm, let alone death. You’ll probably be okay, as unhappy and disgusted as you are about eating (or almost swallowing all of) that blue fluff.

Molds (also known as microscopic fungus) that appear on plant and animal products after being transferred there by air, water, or insects can be dangerous. Still, the USDA says they aren’t usually. Molds, after all, belong to certain foods, such as dry-cured country hams and cheeses like Gorgonzola, blue cheese, Camembert, and Brie.

Mold is relatively safe to eat in many of these situations. But what about the fuzzy green or white substance that appears on fruits, vegetables, bread, and dairy products without warning? You might feel unwell if you eat these molds by accident, but it’s more than likely because the mold tastes unpleasant, not because of any toxicity in these goods. Because the stomach is such a challenging environment, most bacteria and fungi will perish.

Is It OK To Eat Strawberries If One Has Mold?

It’s doubtful that you’ll become [really] ill as a result of mold exposure. And if you do, you’ll almost certainly have had to eat massive quantities of the substance. However, if the unthinkable happens and your symptoms include prolonged nausea and vomiting, you should see a doctor immediately.

Usually, doctors would only write you a prescription for anti-nausea medication. Still, if you’re in excruciating pain, he might prescribe anything to make you vomit or have diarrhea to clear your system.

Certain molds can cause allergies, which can lead to lung problems. But don’t panic; they’re generally just transitory, and your doctor can quickly treat them. But, in the end, don’t get too worked up. If that patch of mold on your meal isn’t bothering you, you might be tempted to clip it off and keep eating, but whether or not this is a good idea depends on the item. Molds have “roots” that penetrate meals, even if we only see their fuzzy discolored tips. Because these roots enable poisons (if any) to spread inside your food, it’s best to toss the moldy food whole, irrespective of where the moldy spot is visible.

Is Mold on Berries Dangerous?

No, molds aren’t necessarily dangerous the way we envision it. Just don’t eat moldy fruits on purpose because that might cause nausea. It’s best to know how molds invade food and which food items are likely to fall prey to these persistent microscopic invaders. According to the USDA, mold cannot penetrate certain firm fruits, firm vegetables, hard salamis, hard cheeses as quickly as it can go after softer items. This makes it easier to salvage these delicacies from those nasty fuzzy patches. Simply cut an inch around the surface and be sure to dig deep past one inch. Keep your knife well away from the visible mold, too. Wrap the “good” half of the food in a fresh covering.