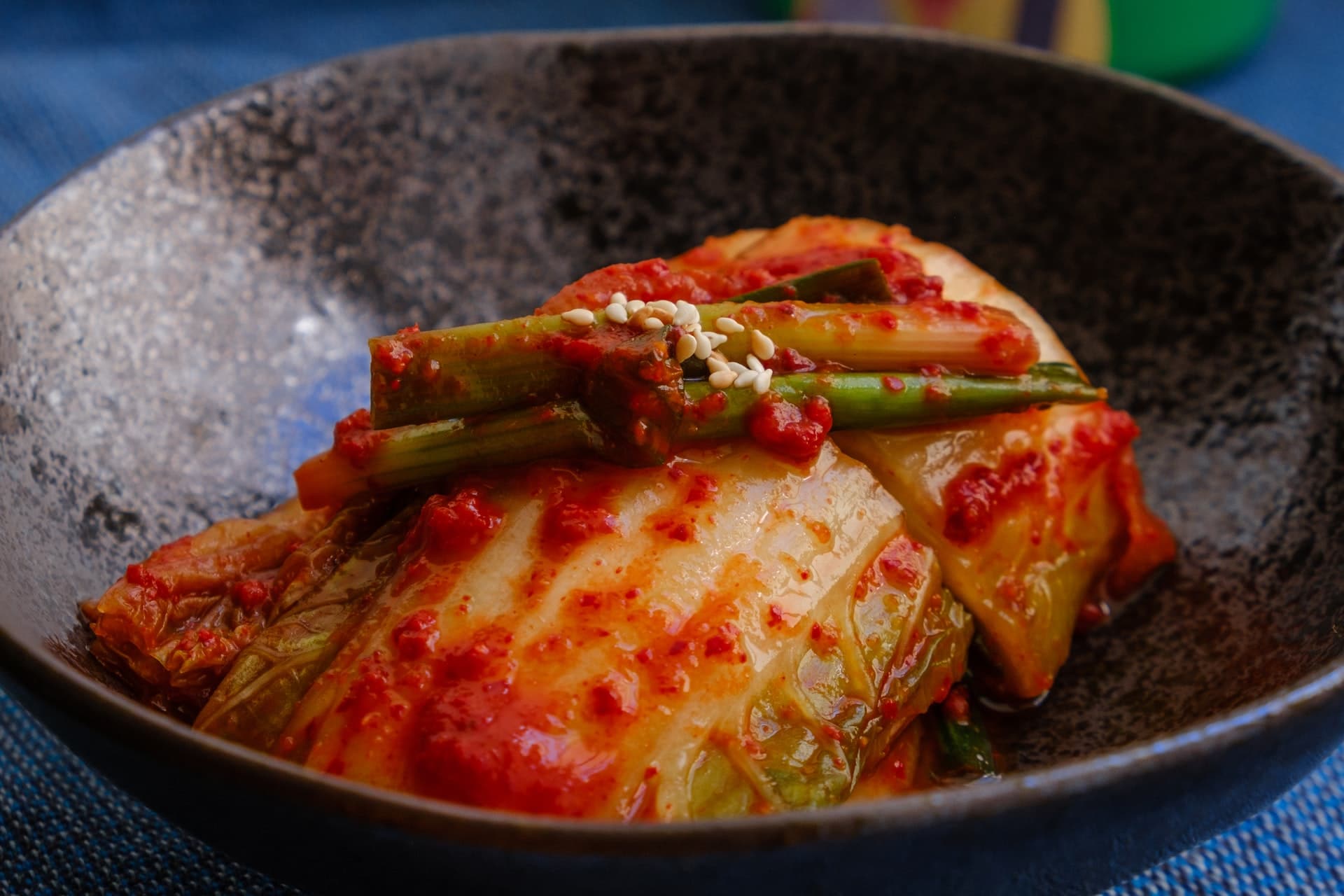 Kimchi or gimchi is a Korean side dish made of fermented vegetables. Korean usually make use of vegetables like napa cabbage and Korean radish.

The vegetables are there fermented with a variety of local spices like gochugaru (Korean chili powder), garlic, sliced ginger, and salted seafood. There are regional variations of kimchi across South Korea, and the traditional practices dictate the differences in how the kimchi is prepared.

While we all know that commercial kimchi can easily be purchased in supermarkets, many families in South Korea still make their own at home, because the ingredients are easy to find. Almost every family has a special generational recipe handed down from their elders.

Traditional kimchi was usually fermented in earthenware that was then stored in-ground.

This prevented the freezing of the kimchi during the cold winter months. This technique allowed the kimchi to ferment a proper rate while keeping it cool enough for long-term preservation. Today, people use kimchi refrigerators to mimic the conditions of the traditional method of storage of kimchi.

Kimchi has mild spiciness because Koreans generally love a little kick to their flavors. Kimchi is also fermented with a generous amount of garlic, which naturally lends a special flavor that combines with the chili powder well enough. Heat is not the goal of eating kimchi – it is a digestive that helps people digest their food well, and it also brings a special aroma and vat of wonderful flavors to every meal.

While it is not a dip or sauce per se, it can be viewed as a flavor enhancer for many Korean dishes because of how it was prepared and what ingredients were included in the fermentation process.

Cucumber kimchi is a variety of kimchi made with unwaxed English cucumbers, unrefined sea salt, gochugaru (pepper flakes), and scallions. As we have discussed earlier, there is a ton of variation as to how kimchi is prepared. The cucumber kimchi variation is interesting because it combines the wateriness of cucumber and the flavors of more traditional kimchi. In the end, you have a sort of food-beverage combo in one neat package.

White kimchi, on the other hand, or baek kimchi is a non-spicy variant of kimchi that is meant usually for kids who can’t tolerate the mild heat of traditional kimchi recipes. White kimchi is vegan-friendly and vegetarian-friendly, as well. White kimchi is made by fermenting vegetables in a fruity, salty brine solution. This solution is extremely important to the fermentation process because this is where all the flavors are going to come from.

In addition to the dependence on the brine solution, some Koreans also prepare this variant of kimchi with jujubes, some pine nuts, and chestnuts. These additional ingredients add multiple dimensions of flavor to the white kimchi, which makes it even more special.

Is Kimchi the same as sauerkraut?

Kimchi is similar to sauerkraut, and it is believed that this European side dish may have Chinese origins. Sauerkraut is normally made with just a brine solution, while kimchi is made with different seasonings and vegetables to impart the flavors that we all love. Also, kimchi is not sealed completely during the fermentation process as Koreans believe that a little air exchange allows for unsavory gases (the byproducts of natural fermentation) to escape, leaving the kimchi more flavorful.

But as a result of this method, the Napa cabbage, and other ingredients are not fully fermented, and they appear to be somewhat raw even after fermentation. Sauerkraut, on the other hand, becomes very soft, to the point that the vegetable fibers begin to part easily. Additionally, sauerkraut is sealed off completely during the fermentation process, so it makes use of anaerobic bacteria. Kimchi, on the other hand, can have as many as ten probiotic, aerobic bacteria in the mix at any one time.

The following are some of the common ingredients used for making kimchi in South Korea: