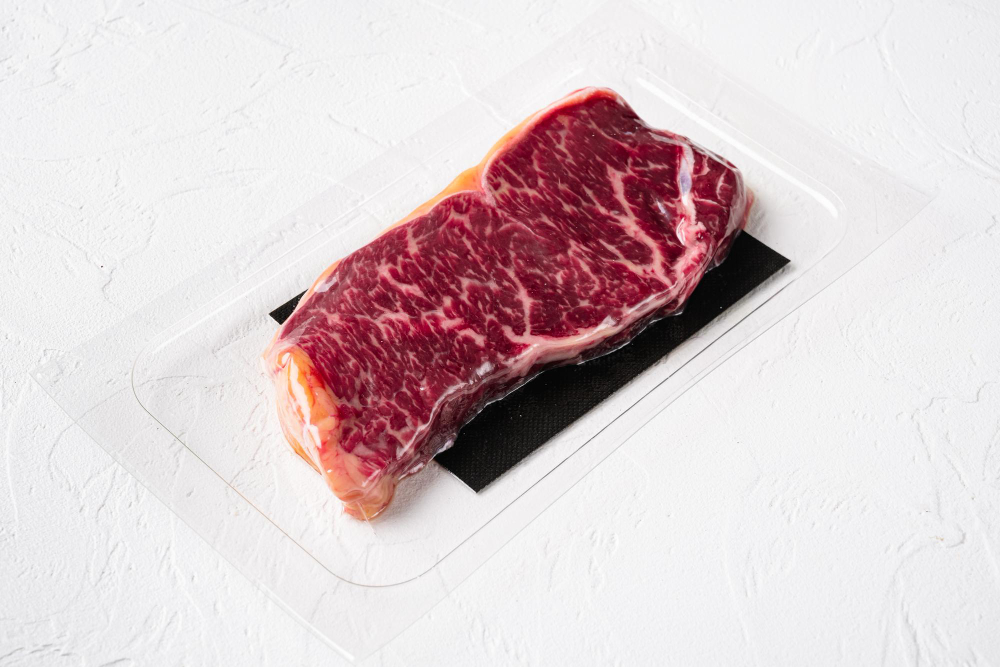 Meat that has been vacuum packed has been enclosed in an oxygen-free pouch. The meat’s natural juices can begin to discolor and produce a sour odor during storage. If your meat has been stored correctly and is still within its use-by date, the scent is unlikely to be caused by deterioration.

Vacuum-sealed meat is increasingly common in supermarkets. Because the meat is protected from contamination, it has a longer shelf life as a result. However, when vacuum-sealed meat is opened, it may have an off-putting odor. The meat could be delicate, or it could be ruined, based on the smell.

Home cooks also want to know – can you leave vacuum-sealed meat out safely?

Vacuum-sealed meat will have an odor when you open the package for the first time, as was previously stated. In addition, the meat may appear darker than usual due to discoloration.

It is recommended that the meat product be carefully washed in clean, fresh water and patted dry to eradicate odors. Avoid splashing the water when doing this “gently” in a bowl to prevent spreading bacteria to nearby work surfaces from the meat fluids. Meat should not be rinsed under running water for this reason.

When the package is opened, the meat will emit a distinctive odor because it has been sealed for a lengthy period. In addition, there is no oxygen in vacuum-packed pork since the meat is enclosed in a pouch.

Is It Normal for Packaged Meat to Smell?

When you open a vacuum-sealed package of meat for the first time, you will notice a stench. Because of the discoloration, the flesh may appear darker than usual—which is normal.

The meat should still be vacuum-packed when you remove it from the fridge, so make sure to inspect the pouch. Air has gotten into the pouch if the meat product is wriggling around. Also, it’s possible that the seal has been damaged, allowing air to enter the pouch and contaminate the meat if you see any evidence of fluid leakage or if the bag feels loose against the meat.

The natural color of the meat should return within 30 minutes of rinsing and patting dry the meat and leaving it to rest. If, after 30 minutes, the meat has become an unusual shade of grey or brown and still has a foul stench, it has likely gone bad.

Although meat is naturally moist, this is a clean moistness. Therefore, any meat that seems slimy or sticky when removed from the sealed pouch for rinsing has likely gone bad, so make sure to toss it out immediately. However, if the meat still has an unpleasant scent and is discolored after resting, you should toss it away since it has gone bad.

Why Does Shrink Wrapped Meat Smell?

The advantages outweigh the shortcomings when it comes to shrink-wrap packing. However, the meat will turn a deeper red color while in the packaging due to the absence of air.

When you open the package, you may notice a foul scent, but this is not a sign of the meat’s freshness because the flesh sweats while in the container.

When you’re ready to consume your meat, all you need to do is remove it from the package and let it out for around 10 to 15 minutes before eating. Oxygen re-colors meat once it has been removed from its packaging and re-exposed.

Even though the goods appear to be vacuum-sealed, a minor air leak may have opened and allowed oxygen to get in. In addition, this hole will not remove the all-around pouch for the meat but will enable bacteria that ruin food to grow.

If the original heat seal was not strong enough to completely close the bag, there was a wrinkle in the bag when this was sealed, a tiny hole in the pouch used before filling, or a tiny hole was punctured after sealing, an air hole may appear in the bag.

Can You Eat Meat That Smells a Little?

Meat with a poor odor and flavor because of spoilage germs usually is not hazardous. Pathogenic bacteria, on the other hand, can cause food poisoning. In addition, food degradation increases the likelihood of their presence.

The deterioration of food might begin with just one fridge or chilled delivery truck that isn’t keeping the food at the proper temperature. However, you can also harm your meat’s shelf life by holding it above the load level for more than 30 minutes at the grocery store, in your cart, or on your way home.

The putrid scent of spoiled meat is a clear sign that it’s unsafe to eat. In addition, meat products that have been contaminated with pathogenic bacteria, which can cause foodborne illness, are dangerous to eat.

Food left at room temperature is a breeding ground for disease-causing microbes, which are more likely to appear in damaged food. For example, food illness from meat is frequently caused by Salmonella and STEC bacteria.

To prevent foodborne illness, using your meat thermometer to check the internal meat’s temperature is at least 160°F (71°C) will help you avoid food illness. Also, never eat meat products that have been contaminated with bacteria or rotten.

How Long Is Vacuum Sealed Meat Good For?

Vacuum-packed meat has a long shelf life, but it’s not indefinite, depending on how it’s stored. For example, three-day shelf life is a maximum for cooked meat compared to three years for frozen meat.

There is a threshold to how long meat can be stored because of its limited shelf life. Consequently, vacuum sealing is becoming more popular to extend the shelf life of beef. But, how long does vacuum-sealed beef stay at room temperature?

Keeping the product fresh and avoiding degradation by sealing the container and removing the air is possible. However, this results in a low-oxygen environment with no place for microorganisms to thrive.

By separating oxygen from the air, vacuum packaging preserves food. The movement of germs primarily causes food mold decay, and oxygen is essential for the survival of most bacteria.

Are Pineapple Citrus: The Detail You Must Know