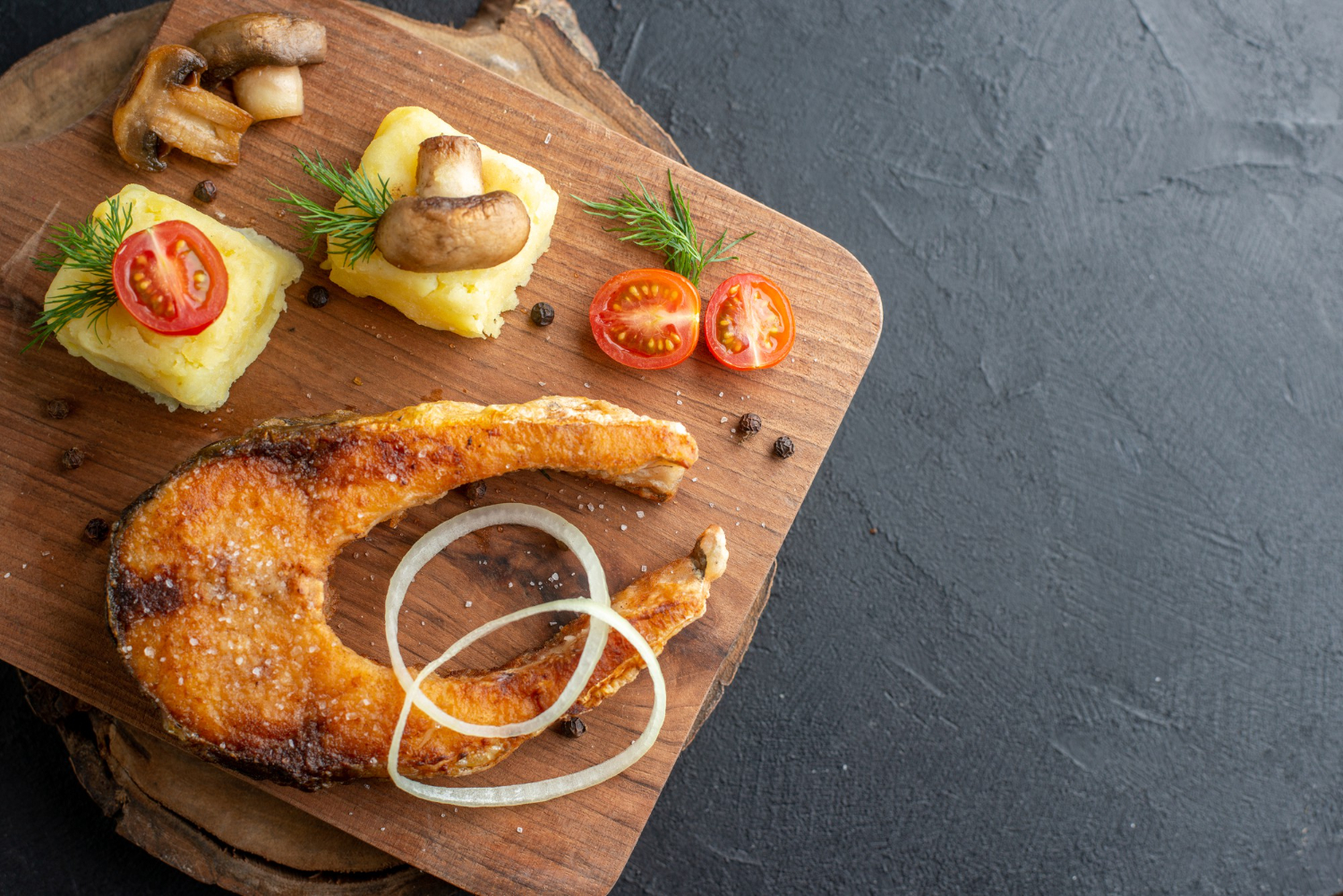 Mushrooms are nutrient-dense food with few calories. This dish can be consumed with other protein alternatives, such as fish because it is a well-known meat substitute.

Mushrooms are well-known for their delectable flavor as well as their remarkable nutritional value. These fungi are the source of vitamins and minerals and may be used in various recipes to enhance the flavor.

Because many mushroom types grow low to the earth, they will likely arrive at your kitchen with some dirt still on their stems and caps. To avoid a dish that tastes like dirt, be sure to wash the vegetables well before using them.

What Cannot Be Eaten with Mushroom?

If the meal is handled and cooked correctly, most people won’t have any problems eating it. However, a few guidelines do not apply, and mushroom specialists may disagree on whether or not a specific fungus is dangerous.

This holds for both edible and non-edible mushrooms. Toxic mushrooms can be created by mishandling, cooking incorrectly, or mixing them with other components.

Other mushrooms, including those that are typically considered safe to consume, can also have adverse effects.

What Should We Avoid with Fish?

While fish and milk haven’t been scientifically shown to be a bad match, there are numerous reasons to steer clear of the pairing. Multiple cultures utilize this mixture to cure and prevent many chronic ailments, although the science is divided on whether it works.

According to science, this food combo should be avoided just for one reason if either of the products causes an allergic reaction in you. The combination of these two substances hasn’t been studied to see if it negatively affects the body.

It’s easier to understand why this combo should be avoided when you look into Ayurveda. Keep in mind that according to Ayurveda, the two diets are incompatible because they have radically distinct effects on our bodies.

Since milk cools and fish heats, the two together generate an unbalance that may lead to a variety of undesirable physiologic effects. Fish is a non-vegetarian food, but milk is a vegetarian food despite being an animal product.

Since shrooms and meat are so diverse in composition, they require different digestive juices to break them down. Unbalanced digestion can cause havoc on the digestive system, changing chemical reactions in the body and reducing your immune system’s ability to fight off infection.

Many dietitians agree with Ayurveda regarding the cooling and heating effects; hence, they advise against combining them. Although this combination is found in many cultures, it is best to avoid a compromised immune system.

Is It OK To Eat Mushroom and Meat Together?

Word-of-mouth spreads superstitions and tales down the generations, and one of the more common ones has to do with food pairings. Superstitious beliefs brought the belief of eating meat and mushroom together as poisonous—which could explain why there’s such a pessimistic outlook on them.

As a result of Myanmar’s long period of harsh military rule, which ended only in 2016, numerous superstitions still exist in the country today. As a result of this, the country was marginalized and isolated from the rest of the globe.

Educational institutions discouraged critical thinking, and the government exerted strict control over the media and entertainment industries. Long-held ideas were not challenged in this atmosphere. Even those about ice cream and cucumbers were not challenged.

Food superstitions have a confusing history, and it’s unclear where they came from. However, ancient dietary practices and philosophical approaches can be found in Myanmar, China, Indonesia, and the Philippines. So, based on their personal experiences with a particular product, Asians develop their food superstitions.

When histamine is released from foods like meat and mushrooms, it can trigger certain people’s mild to severe allergic reactions. Either inhalation or intake of a specific food item triggers an allergic reaction.

If you don’t have an allergy to mushrooms or beef, this dish is safe for you to eat. This healthy food tastes better when combined with other beneficial elements because they have a deep, savory flavor.

There are numerous recipes for beef with mushrooms that are flavorful and satisfying for the whole family. However, perfect ingredient combinations don’t necessarily rely on opposites, as beef and mushrooms demonstrate.

How Many Carbs in Pinot Noir: Keto Friendly?