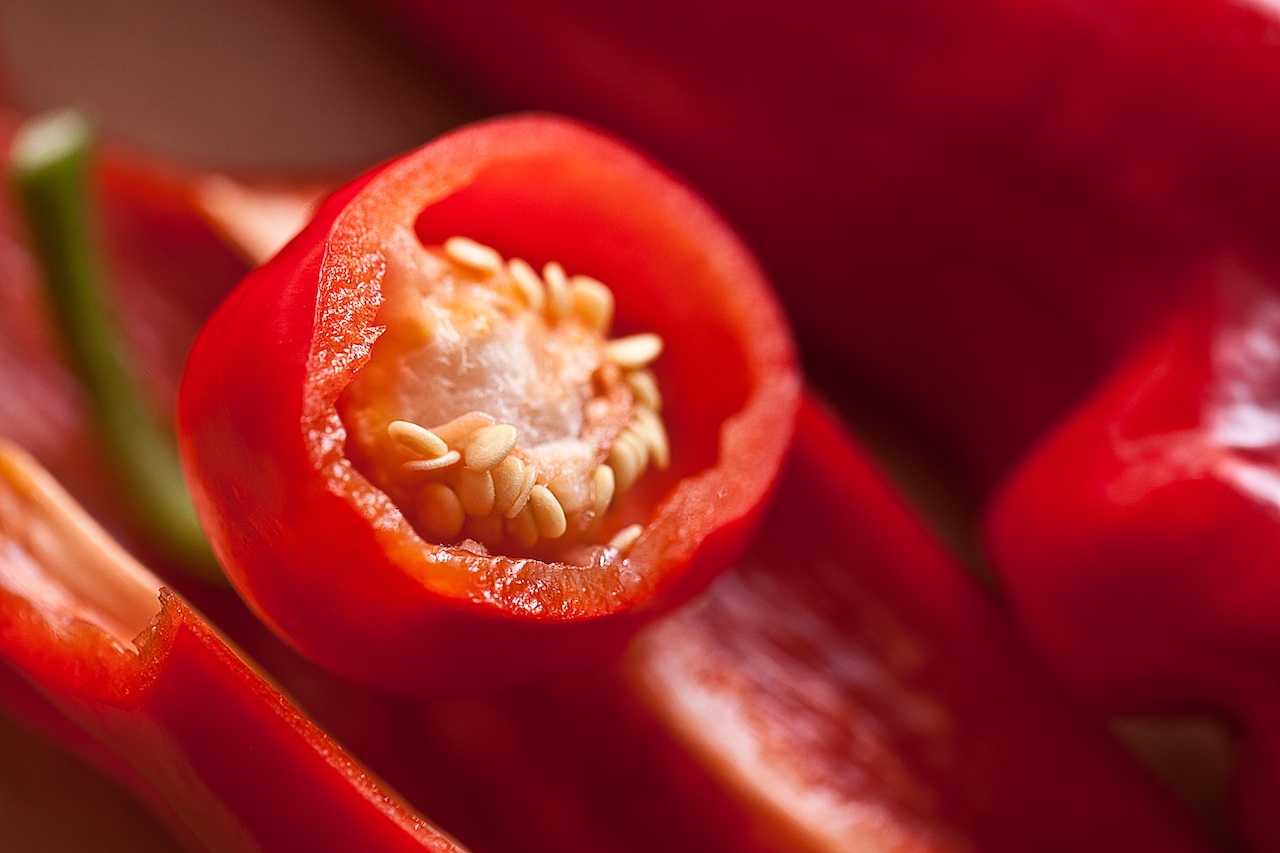 Pepper seeds have a poor reputation. However, if consumed in moderation, you can get the benefits of this spicy food.

Although they’re most known for their use in Mexican and Asian cuisine, chilis can be used in a wide variety of dishes. There are various ways to employ chili peppers and chili powder in cooking. However, the most dangerous chilis may be held for those willing to take the risk.

Capsaicin, the chemical that gives the spicy sauce its heat, maybe the best news of all.

It’s been demonstrated that capsaicin can help with cardiovascular disease prevention, diabetes prevention, and even cancer prevention. You can even lower your blood pressure and feel less hungry by eating hot peppers.

3The seeds of chili peppers are edible, so you can leave them in your dish while cooking, but you may want to remove them for other reasons. Keep in mind the harshness of pepper seeds if you’re preparing for a large group. This makes people wonder sometimes – can you eat bell pepper seeds, too?

With subtle flavoring, certain pepper seeds may have a bitter taste. Remove the inner pith of the peppers, and you’ll end up removing the seeds as well, which lowers their total heat level.

Floating pepper seeds are expected when producing a spicy sauce or any other sauce with a thin or creamy consistency. However, your smooth smoothness may be thrown off balance by the seeds themselves.

Are Pepper Seeds OK To Eat?

You’ll notice a cluster of white seeds towards the stem end of the pepper. Even though these seeds are edible, they are usually thrown away due to their mild bitterness.

Almost any grocery store or produce stand will have peppers. Although peppers can be imported year-round, they are likely to taste best in North America throughout the summer and early fall when they are in season.

These peppers are packed with health benefits that you should know about. The following are only a handful of the advantages of consuming its seeds:

Can Pepper Seeds Cause Appendicitis?

An appendicitis-causing obstruction is possible, but it’s not the spicy meal itself that causes the problem. Instead, the problem is caused by something else entirely.

A blockage in the appendix can trigger appendicitis. If you are between 10 to 30, you will most likely suffer from the illness.

When the intestine’s tip becomes infected, it results in appendicitis. Doctors typically perform an appendectomy if the illness does not clear up after a course of antibiotics.

Even while a piece of spicy food may induce a blockage that leads to appendicitis, it is not the spicy food itself that is causing the problem. However, it is possible that spicy food may direct to unpleasant illnesses and mimic appendicitis’s early symptoms.

Nevertheless, spicy food can cause other illnesses that might be painful and mirror the early signs of appendicitis.

Are Chile Seeds Bad for You?

Chile seeds are basically a spice that can be cooked or dried and ground up to make chili powder (also known as paprika). Many health advantages of chili peppers can be traced back to the bioactive plant chemical known as capsaicin.

There are abundant health benefits associated with eating chili peppers. When paired with other healthy lifestyle practices, they may aid in weight loss and alleviate the symptoms of acid reflux.

Chili peppers are a good resource of nutrients, minerals, and vitamins. Still, because they’re often consumed in minor amounts, they don’t contribute much to your daily macronutrient intake. Mature chili peppers have a higher antioxidant content than their immature counterparts.

Chili peppers can cause allergic reactions in certain people, and many others dislike the sensation of their skin burning. In addition, it produces significant discomfort, inflammation, swelling, and redness when consumed in large quantities.

According to animal and test-tube research, capsaicin, a plant chemical found in chili peppers, may increase or decrease your risk of cancer. Additionally, a study in India found that red chili powder is associated with an increased risk of mouth and throat cancer.

There are some factors that a foodie must consider when consuming chili peppers. First, those sensitive to them should avoid them, even if they are healthy to use as a spice.

Is It Bad to Eat Jalapeno Seeds?

There is a small amount of capsaicin in pepper seeds, which might produce mild discomfort if consumed alone. Despite this, the temperature is still relatively low. Bell peppers’ white membrane, on the other hand, is unsurpassed.

Bell peppers are considered versatile vegetables you’ll find in the supermarket. However, most people like to remove the seeds and membranes before consuming bell peppers.

Bell peppers are a wonderful vegetable, whether they are raw or cooked. Slicing them and eating them that way is the simplest option, but you may also eat them raw or just sautéed. While roasting or grilling is undoubtedly a good option, there are many other ways to enjoy the meat.

The seeds of bell peppers are edible; however, they can be a little bitter. The whitish membrane known as the placenta contains the majority of the capsaicin in hot peppers.

The soft membranes can either be left on or removed, depending on personal preference. You can cut the bell peppers into desired shapes and either eat them as they are. Another option is to include jalapeno in your favorite cuisine after washing and cutting away any unwanted pieces.

Is It Ok To Use Caster Sugar In Tea