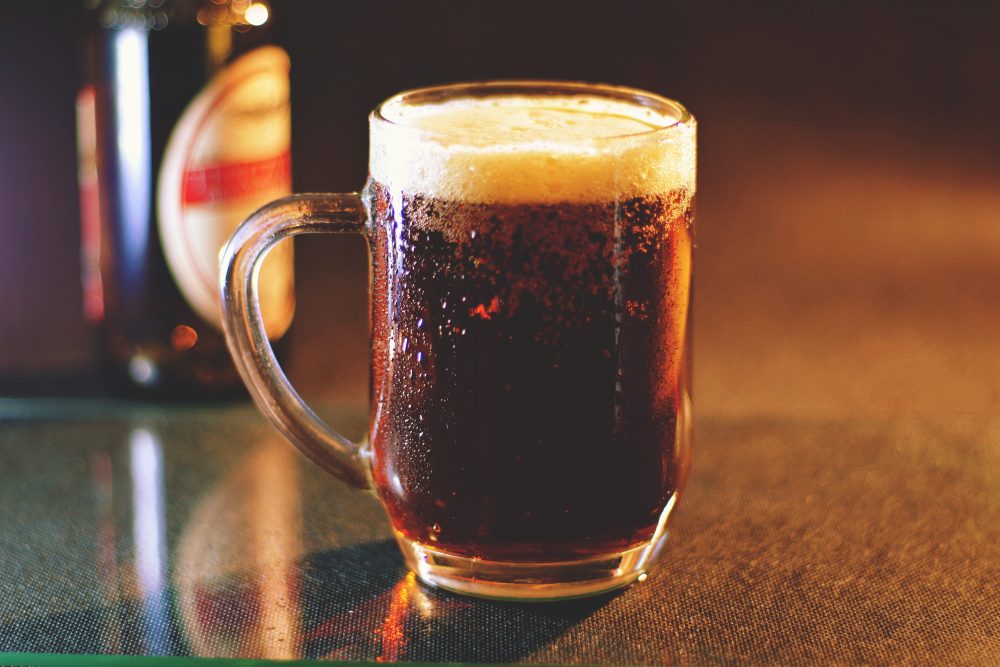 Does rootbeer have caffeine? This is the big question on people’s minds when they are cutting down on caffeine dependence and controlling their caffeine consumption. Luckily, we’ve whittled down the details so you can make a healthier decision about consuming sodas like root beer.

All traditionally crafted root beer and diet root beer are free of caffeine. Caffeine is not a conventional recipe for root beer, though some brands like Barq’s have caffeine. The original root beer is a North American invention. Root beer is a sweet concoction made with extracts derived from the Sassafras albidum tree. It can also be made from the sarsaparilla plant, Smilax ornata. The flavor of root beer comes from these plants, but the sweetness comes from added sugars and additional flavor enhancers and sweeteners. It is primarily sweet and highly foamy when poured. The original safrole was eventually banned, and artificial flavorings are now used for making root beers. In other cases, manufacturers use sassafras extract that has had the compound safrole removed. Safrole has been in disuse since the 1960s because of its possible carcinogenic qualities – it is derived from the extra of Smilax ornata. The root beers that we see now will likely have either the artificial flavors or the safrole-free variant of the original plant extract.

Does Barq’s Have Caffeine? Is Barq’s root beer caffeine-free?

Barq’s root beer produced various types of root beer, and the regular one contains 22.5 mg of caffeine per 330 ml serving. Diet Barq’s root beer has no sugar and caffeine, making it perfect for people who are cutting down on caffeine and sugar consumption. Confusing as it may be, Barq’s is one of the few root beer brands that have stuck to adding caffeine to the formula, even though other brands have withheld the ingredient. Know that this brand has caffeine – it will help you make better decisions if you are balancing your caffeine intake.

Is Root Beer Bad for You?

The traditional formulation for root beer does away with caffeine and sticks to sweeteners. If you are looking for the risk factors associated with consuming root beer, these risks would be linked to the sugar content, not the caffeine. Also, keep in mind that manufacturers use a variety of ingredients in their concoctions.

There are differences in what they use for food pigments, flavors, and even sweetening agents. A handful of brands remains steadfast and use caffeine. These brands probably believe that people want to be stimulated when drinking soda, so it makes sense to add caffeine to the ingredients. Some of the root beer brands that you can consume without the caffeine include Barq’s Diet, Diet Dad’s, A&W, Diet A&W, Mug, and Diet Mug.

Despite the caffeine content of Barq’s Root Beer, it’s not a top contender for caffeine content because an average cup of coffee contains about 96 mg of caffeine. For its mildness, black tea also contains more caffeine than a 330 ml can of Barq’s Root Beer at 48 mg per serving. Many people think that tea is caffeine-free because of its mild appearance and taste, but in reality, monks and ascetics drink tea to stay awake during meditation.

What makes things a little tricky sometimes is that foods and beverages that naturally contain caffeine like tea and coffee may not have their caffeine content listed directly in the nutrition labels. However, products like root beer are required to indicate their caffeine content. If you want to ascertain that you are getting the right kind of product, we recommend that you check the product website directly for more information about the brand of root beer that you want to buy.

Benefits of the Sarsaparilla Plant

Assuming that the root beer brand you are consuming contains the extract of the sarsaparilla plant, there are some purported benefits of consuming this plant’s extract.

Decades ago, there have already been records of people who were able to control their psoriasis with the help of the sarsaparilla plant. This is not surprising as the sarsaparilla plant contains a natural steroid called sarsaponin. This natural steroid has been known to bind to the endotoxins that are responsible for the appearance of psoriasis lesions on the skin. Sarsaponin links to these endotoxins, but it also helps remove them from the body.

Root beer with sarsaparilla is one of the few sodas that can help people suffering from arthritis. The plant has potent anti-inflammatory compounds that naturally ease tissue inflammation. Sarsaparilla can also be helpful to individuals suffering from gout and similar conditions.

While modern medicine can now quickly remedy syphilis, there is evidence that sarsaparilla is effective against a wide variety of pathogens, including the bacterium that causes syphilis. While it is not as effective as other modern cures, sarsaparilla has been long used for various illnesses, including leprosy. It is one of the great precursors of modern antibiotics.

Studies show that sarsaparilla has naturally anti-tumor and anticancer properties. So far, it has been tested against liver cancer and breast cancer. While the initial tests are brilliant, more studies are needed to know how the sarsaparilla root can be applied more directly in combating cancer in various stages of the disease.

Sarsaparilla has shown great promise in helping protect the liver from damage caused by lifestyle and diet. The root of this benefit is found in the naturally-occurring flavonoids found in the sarsaparilla plant. In animal tests, the sarsaparilla extracts helped reverse the trend of liver damage in rats and helped their livers to regenerate in time.

Root beer is still a soda, so if you want to control your sugar intake, you still have to check the label. Nonetheless, the sarsaparilla extract in root beer makes it a tantalizing choice for soda drinkers because of the plant’s natural healing properties. If you are looking for soda with additional benefits, it appears that this soda is the best choice so far.

Can Garlic Be Frozen?