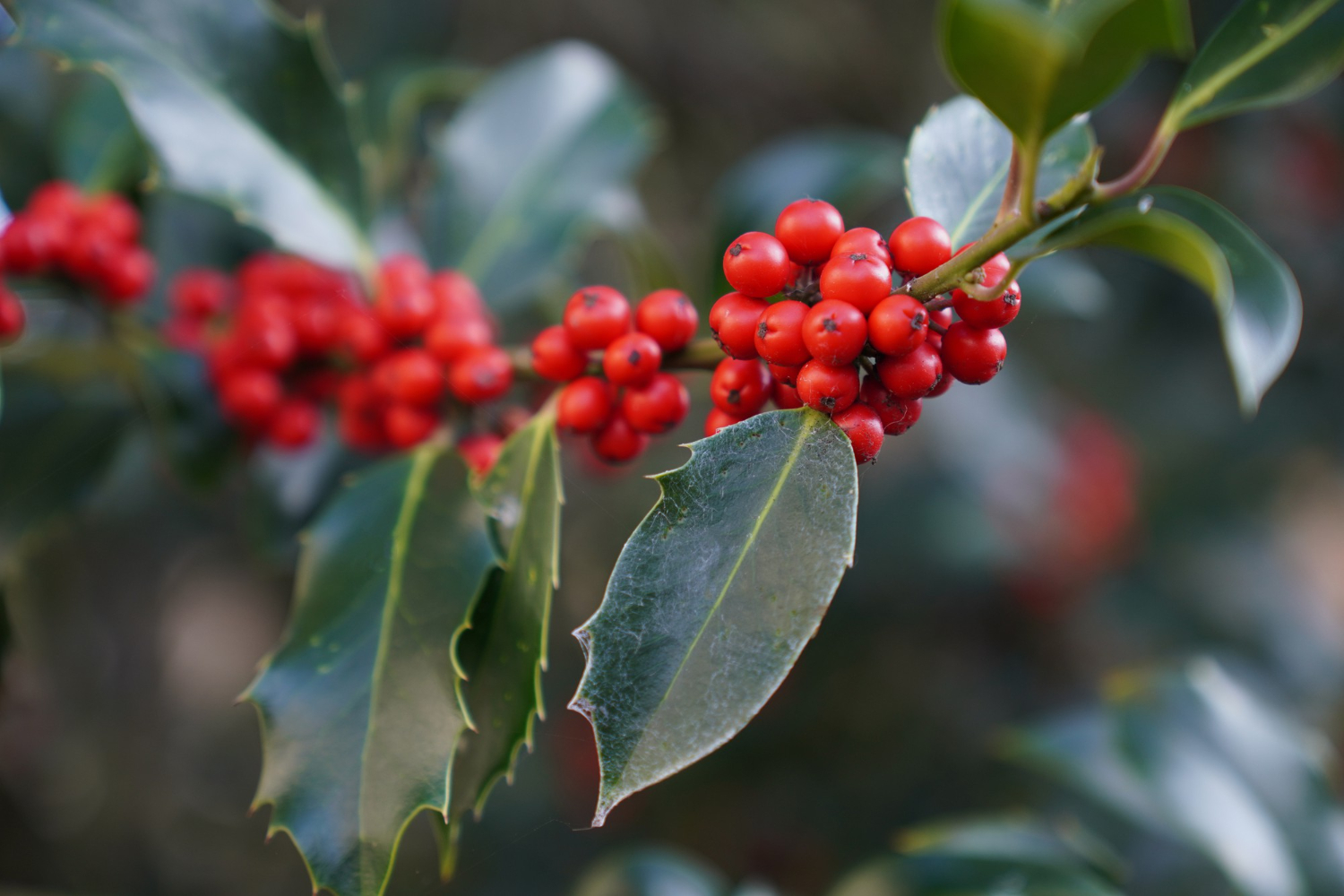 Holly plants, part of the Ilex genus of plants, can be found worldwide in temperate and subtropical climates. Because of its glossy, dark-green foliage and appealing red berry-like drupes are frequently used as an ornamental plant. It is prevalent during the Christmas season.

Although eating numerous leaves or berries is unlikely to be lethal, it can induce gastrointestinal distress, such as vomiting and diarrhea. When chewed, the little spikes on each leaf can cause pain and swelling in the mouth area, preventing your pet from eating significant amounts.

Holly plants are frequently utilized as attractive plants, particularly during the holidays. Ingestion of this plant can induce severe oral pain, vomiting, and diarrhea; however, it is rarely fatal.

While holly berries are a vital source of winter food for birds, they are poisonous to animals, including dogs. Saponins are found in several kinds and can cause severe vomiting and diarrhea if consumed. Drool, lip-smacking, and head shaking are some of the other symptoms.

Don’t expect the plant’s spikes to deter curious dogs. For the superstitious, it’s worth remembering that bringing holly into the house before Christmas Eve is considered unfortunate.

What Happens If A Dog Eats Holly Berries?

Although the moderately toxic substances that induce gastrointestinal discomfort are present in both the leaves and the berries, the spines on the holly plant’s leaves usually deter most dogs from eating big enough quantities to cause significant harm. Dogs who ingest holly usually exhibit diarrhea, excessive drooling, shaking of the head, appetite loss, pawing at the gums, blood splatters in the mouth, and vomiting.

Due to the discomfort, the spikes on the holly berry’s leaves of most holly bushes will elicit instant symptoms, such as increased drooling and pawing at the mouth. In certain circumstances, simply identifying the plant may be enough to determine the source of the problem. If only a tiny amount is consumed, no further symptoms may appear; however, greater doses may induce gastrointestinal problems to appear within thirty minutes after consumption or can take several hours to appear.

If your pet has taken numerous leaves or berries, or if the symptoms are more severe than expected, your veterinarian may suggest that you bring your pet to the office, in addition to any contemporary supplements or prescriptions that your dog is on.

To ensure no underlying toxins or problems need to be addressed, a thorough blood count, biochemistry profile, and urinalysis will be performed. In addition, any vomit will be inspected for any plant materials or other inappropriate eating.

Why is holly poisonous to dogs?

In addition, toxic saponins can be found in English, Japanese, and Chinese Holly varieties. Because of the spiky leaves and potentially harmful chemicals, eating Christmas or English holly can cause severe gastrointestinal upset (e.g., vomiting, diarrhea) (including saponins, methylxanthines, and cyanogens). In addition, because of the mechanical pain caused by the prickly leaves, most pets lip slap, drool and shake their heads excessively if they eat them.

While toxic to dogs and humans, you can take solace in the knowledge that your lovely holly has supplied nourishment for other small animals. Ilex opaca (American holly) is eaten by deer, squirrels, and small animals like chipmunks, meadow voles, red foxes, raccoons, cottontails, white-footed mice, and box turtles, and the berries provide food for as many as 18 kinds of birds.

Holly berries are safe for birds to eat, so make sure you plant them in your backyard wildlife refuge. Robins, waxwings, mockingbirds, blue jays, cardinals, mourning doves, grouse, bobwhite, and wild turkey are the birds that feast on holly. Although a variety of insect pests may eat hollies, this is uncommon at this time of year.

In many cases, holly plant consumption can be treated safely and effectively at home. Before beginning therapy, check with your veterinarian to see if the amount of poison consumed or the reaction to the toxin necessitates a visit to the veterinarian’s office. Your veterinarian may guide you on how to induce vomiting in your dog, depending on how long it has been after consumption.

Toxins and any plant material in the mouth should be flushed out to avoid further damage from eating the irritants. Once the plant material has been removed from the mouth, make sure you have clean, cool water on hand to relieve mouth pain and replenish any fluids lost due to vomiting or diarrhea.

A visit to the veterinarian’s office for vet care is often necessary if a significant number of the leaves or berries were consumed. IV fluid treatment to prevent dehydration and electrolyte imbalances, as well as cardiac monitoring, will be part of supportive care. Although holly poisoning is rarely severe enough to necessitate complete gastric irrigation, activated charcoal can be used to take up any remaining toxins in the stomach, and anti-inflammatory drugs can be used to minimize swelling.

The prognosis for holly toxicity is usually favorable. Still, the plant should be removed from the surroundings to avoid subsequent complications. Dehydration caused by frequent vomiting or diarrhea is rarely fatal, so make sure your pet gets plenty of clean water while recovering.

Theobromine, the poisonous ingredient in chocolate, can also be found in holly leaves, though in very minute amounts. If you eat many leaves or berries, keep an eye out for signs of theobromine poisoning, which can take some time to appear.

While this low toxicity is undoubtedly good news, we all know that prevention is better than cure. It is better to have a man’s best friend avoid eating holly in the first place than to go to the trouble to treat them. Veterinary bills can be expensive, and thus, a good practice is to make sure that these plants or ornamental decorations are out of reach so dogs will not be able to reach and eat them.

How Long Do Thawed Frozen Berries Last in The Fridge?

Why Are Avocado Seeds So Big