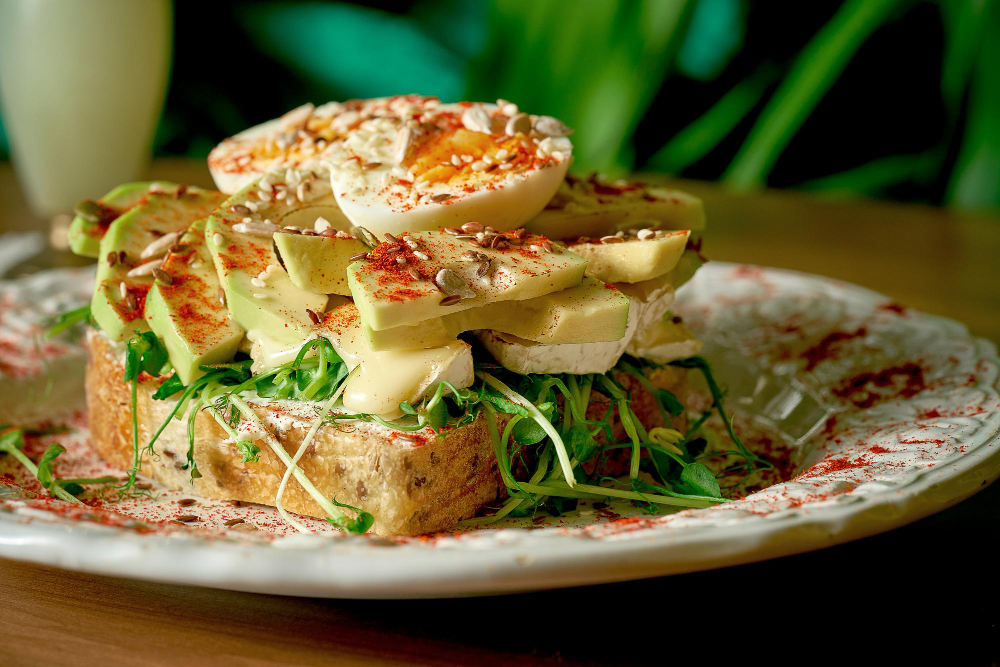 Variations on this ostensibly virtuous yet delicious and Instagrammable dish became the symbol of the health movement in just a few short years. There is no need to follow a recipe for this cuisine, which symbolizes a beach, sun, and brunch lifestyle.

Various fruits fall under the category of fats, such as avocados. Most of the monounsaturated fat found in avocados is believed to be beneficial. This is because the longer time it takes for your body to absorb fat means you’ll feel fuller after eating a meal high in fat.

You can make this famous dinner or snack at home or buy it entirely made at a restaurant. To begin with, the basic recipe for avocado toast is made out of toasted or crusty bread covered with the buttery flavor of avocado mashed with salt and pepper.

Avocado toast also became a fad in different countries, particularly in the US and even Australia. And while not everyone appreciates the cafe prices of avocado toast, it remains a staple breakfast item for the GenZ generation. Here’s a toast to avocado toast!

Eating avocado toast is one of the easiest ways to improve your diet, especially if you eat whole grain bread. Avo toast can be healthier when you choose your carbs wisely. Is it just a meal? It’s not – because when you pair avocado, lemon juice and some multigrain bread, you have what we can already call a superfood! Avocado flesh is incredibly dense in nutrients, and just getting more avocado slices can improve your chances of weight loss. Food trends indicate that a thick slice of avocado will remain an iconic figure for a vegetal-tasting fruit.

Breakfast can be operated in various ways, and this is one of them. Bread, avocado, and salt are the three essential ingredients in any dish, regardless of your preferences.

Avocados are a rich source of the carotenoids lutein and zeaxanthin, two of the many minerals in avocados. The rich green, yellow, and orange hues in fruits and vegetables are due to these two naturally occurring plant compounds.

The macula, the section of the retina in the eye that is important for the quality of your vision and thus your ability to read, has been found to contain high concentrations of both lutein and zeaxanthin.

The most common cause of vision loss in the elderly is macular degeneration. Therefore, if you eat foods high in lutein and zeaxanthin, like avocados on avocado toast, you can help slow the progression of retinitis pigmentosa, which is the primary cause of visual loss.

Finding where avocado toast first appeared can take you worldwide many hundred years back in time. Bill Granger, who hails from Sydney, Australia, was the first person to invent and serve it at his restaurant Bills in 1993.

In the 2010s, avocado toast emerged as a popular breakfast option. However, in the wake of avocado toast’s meteoric rise to the status of a trend, the act of ordering avocado toast in a café has come under fire for being a symbol of wasteful spending.

Bill Granger, an Australian restaurateur, delivered his first plate of smashed avocado on toast in a sunny corner café in Sydney 26 years ago. After that, the café was called Sunny Corner. In recent years, it has become a dish that has become both a worldwide phenomenon and a millennial cliché.

The term “avocado toast” refers to a specific kind of open sandwich made up of toast with mashed avocado on it, along with typically black pepper, salt, and sometimes citrus juice. In addition, olive oil, red pepper flakes, hummus, feta cheese, and tomato are among the ingredients that contribute to the dish’s enhanced flavor.

Bill’s was designed to resemble restaurants that are part of Melbourne’s varied and exciting food scene. Bill Granger, who dropped out of art school and comes from a family of butchers and has no professional training in cooking, has developed an empire around a breakfast meal despite having no prior experience in the kitchen.

The term “millennial style” became synonymous with avocado as a cultural symbol. Chefs started serving just avocados at their eateries.

When there was a shortage of avocados, it made headlines because people were worried about where they would get their heart-healthy fats. The craze eventually died when popular chains like Starbucks and Dunkin’ Donuts started selling avocado toast.

In either case, the appearance of avocado on a menu is no longer shocking. In the same way, that sriracha, pumpkin spice,  and turmeric have become ingrained in Western cuisine, so too has this ingredient.

It is dependable even though it is no longer considered popular in the eating world, which is, without a doubt, very excellent. The avocado will no longer have to shoulder the burden of our collective pursuit of trends; instead, it will be able to return to its previous role as nourishment.

Because of this, it is difficult to take seriously the assertions of chefs that they will no longer use avocados because their cultivation is not environmentally friendly. Sure, but in addition to that, it’s become an ordinary component of the diets of all people.

The fact that avocado has been normalized is, perhaps, the most important thing to note here. Even if it’s not “true” to the food they’re preparing, it’s encouraging to see more chefs thinking about the environmental consequences of their menu selections and putting more outstanding care into sourcing produce from local and seasonal sources. This is undoubtedly a very positive trend.

However, this would have taken place regardless. Since avocado toast has reached the point where it can be found on the menu of Dunkin’ Donuts, it can no longer be considered a food worthy of being served at a destination restaurant.

Why Are People Obsessed Avocado?

Aside from their many beneficial properties, avocados also have an incredible flavor. They are buttery and fresh, and eating them gives you the impression that everything will turn out all right.

In addition, guacamole is no longer limited to being served with chips only. So if you want to make your Instagram game look authentic, you may put it on toast and sandwiches.

The increase in demand for avocados in the UK persisted, but the pandemic caused some exporters to be unable to deliver their products.

As a result, additional producers stepped in to fill the void left by the original exporters. It was a blessing that the number of avocados could be so readily redirected to shops, as access to restaurants and cafés had been severely curtailed due to the government shutdown.

During the lockout, when people started baking and following fitness videos on YouTube, there was a broad movement toward people wanting to adopt healthier lifestyles, which is intrinsically related to avocados’ popularity.

The unseasonably high temperatures were also helpful in the spring, as they provided the ideal environment for eating guacamole and avocado salads.

Can Avocado Cause Constipation in Babies

Why Do Berries Have Thorns