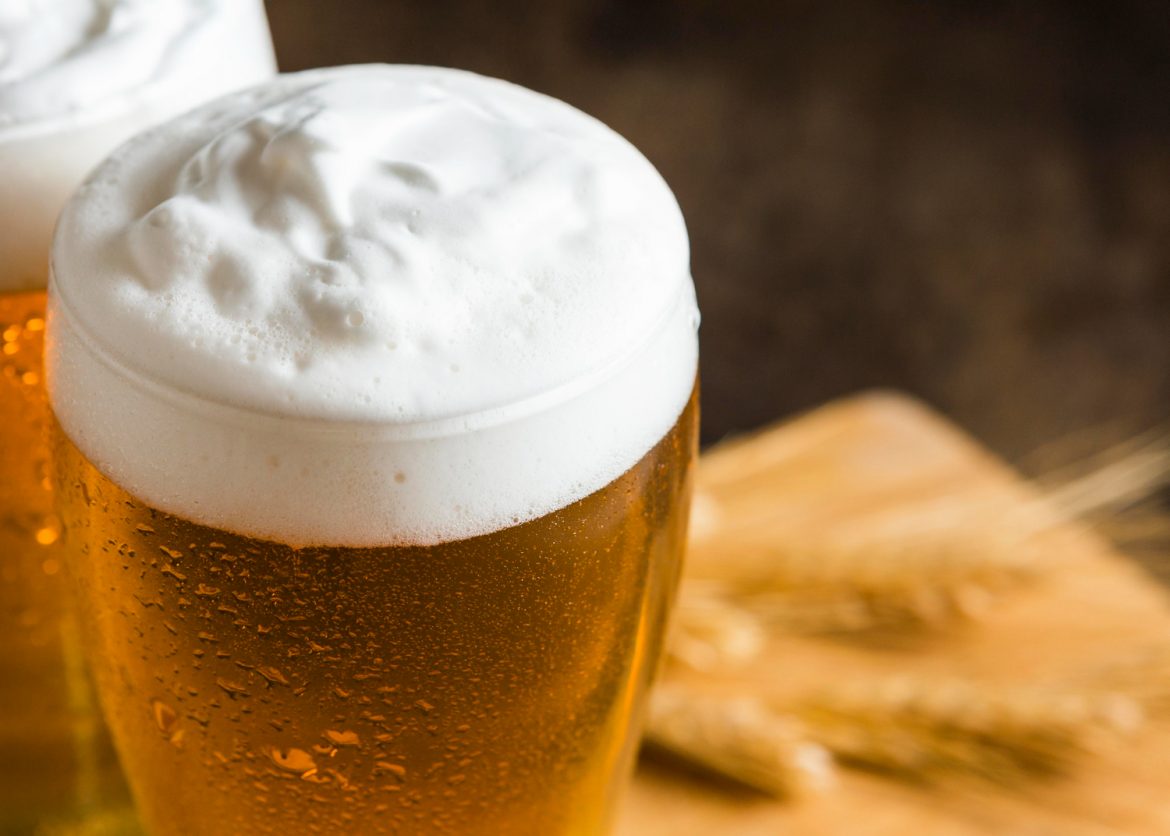 To answer your question, some craft or commercial beer brewers are known for adding sodium chloride to their beer vats while brewing.

Instead of what you would expect from a beverage with this type of flavoring, the main, expert notion is that the added salt balances the complex flavors of beer. As you know, salt is probably the number one culinary discovery of all, and without it, we wouldn’t have had the pleasure of having any advanced beverages or cuisines.

However, in the case of regional beers like the Gose beer, manufactured in the Goslar region in Germany, the beer is intentionally on the saltier side.

This particular beer was first made way back in the thirteenth century, which would explain why there is an over-emphasis on the flavors of herbs, lemon, and salt.

What we know now firmly suggests that salt has a long history in beermaking. However, all these processes do not compare to the act of literally adding salt to beer that has already been brewed and bottled.

Why Do People Put Salt and Lime in Beer?

There are several possible reasons for this. First, some people believe that salting beer gives them the capacity to avoid the negative after-effects of overindulging in beer. Second, the dreaded hangover can cause a regular employee to miss work the next day. No wonder drinkers want an easier time with hangovers.

After all, excessive alcohol has been scientifically proven to dehydrate the body. This causes salt levels in the body to fluctuate. So is it possible that the simple act of supplementing beer with some suitable old sodium chloride can somehow reverse the most significant drawbacks of the hangover?

According to some people, adding salt reduces the danger of dehydration because you are adding to the body the salt that might be lost due to drinking alcohol. In addition, they cite other drinkers who work in hot and humid locations, and these people tend to take salt tablets to help reduce dehydration.

It is true, though – in hot weather, when individuals sweat and lose moisture more quickly, supplementing with electrolytes does make a lot of sense. You may get cramps and other unpleasant symptoms if your sodium levels fall too low.

Why Does Beer Fizz When You Put Salt in It?

The simplest explanation why beer fizzes when you put some salt in it is nucleation. Nucleation is a phenomenon wherein trapped or dissolved carbon dioxide in any liquid bubbles or fizzes.

You might be thinking – how come it still fizzes when it tastes and looks flat already?

Well, it might be true that your beer has already lost a lot of its trapped carbon dioxide. However, what is interesting in this scenario is the carbon dioxide that you don’t see. Salting will cause a reaction with the CO2, causing it to fizz – sometimes in a big way. So, get ready for that reaction when you try to salt beer. It is going to be a sight to behold!

There are so many contending takes on this, but let’s settle on “it doesn’t cause any harm.” It won’t be preferable to make beer more palatable to everyone, but it generally won’t cause any anomalies in beer. So, if you are curious about it and would like to try it for the first time, go ahead and salt your beer.

“Salt your beer!” is a suggestion that cocktail drinkers might appreciate since cocktails are usually more complex than a big pint. People who mix drinks at home or regularly order from mixologists in restaurants and bars are used to many other ingredients that make their drinks more flavorful. Lime and salt are essential – there are bitters, citrus extracts, and other alcoholic beverages, too. Some cocktails require seven or more main ingredients before being shaken in a Boston shaker. So, with this in mind, it’s going to be a toss-up between simplicity and complexity in many cases.

If you like having a lot of things happening all at once in every gulp of beer, then salting beer might be a novelty thing that you’d like.

Also, did you know that there is such a thing as beer salt?

Beer salt is a variant of coarse salt commonly used in Mexico and other Central and South America regions. As the name implies, this salt type is manufactured primarily to season, of all things, beer.

While some of these brands are tabled salt, others are additionally seasoned with lemon or lime flavors or extracts. According to historical accounts, salting beer was done to reduce cramps and dehydration and provide a quick remedy for flavorless draughts.

In Mexico, salting beer and complementing the bubbly beverage with lime or lemon is a common practice.

Mexican beers are frequently served with a slice of lemon or lime by some bartenders in the United States. However, beer salt hasn’t gained much traction since 2011, while flavored variations like lime salt have been marketed in the USA.

When beer salt is added to American lagers and other varieties of beer, the foam changes almost immediately. Even when the beer salt isn’t precisely flavored, some salted beers have a pronounced lemon or lime fragrance due to chemical interactions in the beer.

A single slice of lime or lemon can produce a superb, foamy reaction comparable to beer salts. However, salting beer appears to be a matter of trial and error, as the resulting flavor alteration differs widely from beer to beer.

Does Salt in Beer Make You Drunker?

The short answer is no; the salt that you add to any beer pint will not cause you to become drunker than you usually will be. Two main factors affect a person’s intoxication level – the amount of alcohol taken and the person’s alcohol tolerance. Alcohol tolerance is built up over time or, for the most part, passed down to you by your ancestors. Some people get drunk quickly or even get rashes related to alcohol intolerance. On the other hand, some folks can drink alcohol every day and feel nothing because they have high alcohol tolerance.