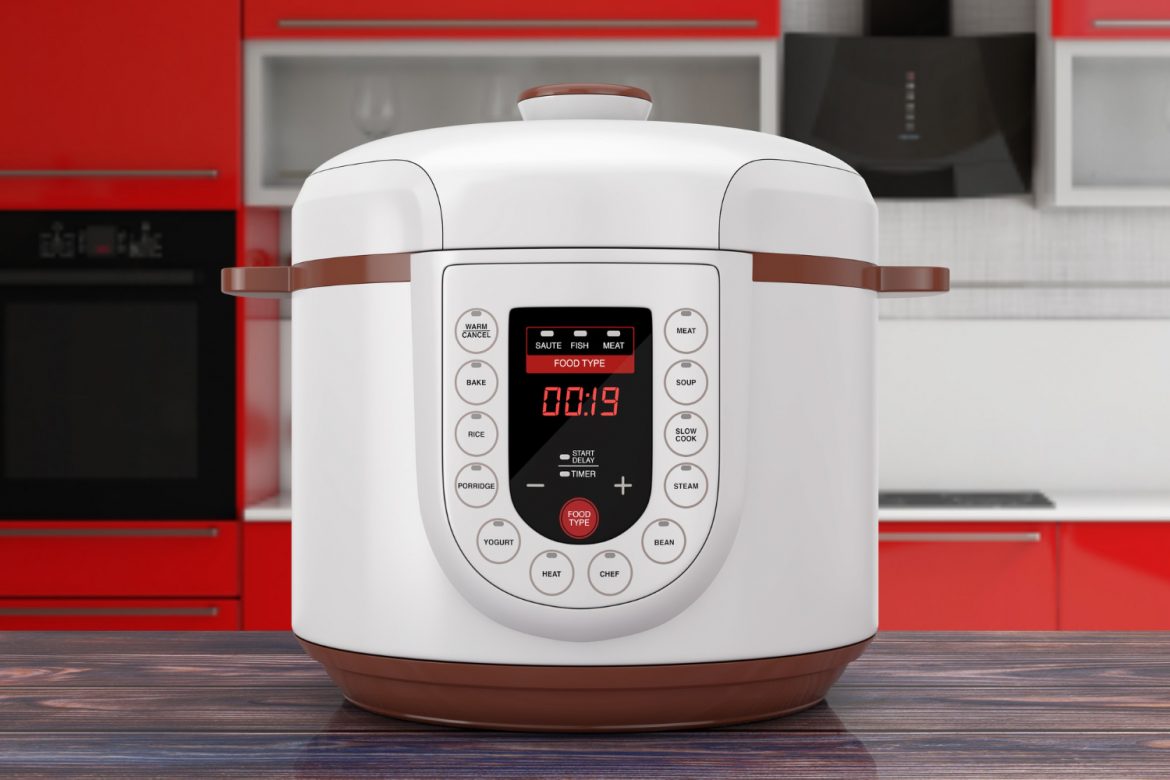 Next to the cast-iron skillet, the grill, and the wok, the pressure cooker occupies the next rung of cookware greatness in any kitchen. But, unfortunately, the old-style aluminum pressure cooker that works primarily with gas hobs is a thing of the past. Well, you can still buy them, but we don’t recommend them. Instead, you now have the option of purchasing something better – an electric pressure cooker.

First, let’s talk about kitchen safety. Conventional pressure cookers can sometimes fail. The silicone ring/gasket may stay relatively intact, but when the material is pinched, that can send your pressure cooker flying from the hob and onto the floor.

That’s the least harmful scenario. However, if the lid somehow pops during cooking, you’re looking at a destructive wave of pressure and hot water everywhere. Imagine standing next to the p[pressure cooker while this happens.

When something is amiss, the safety mechanisms of the electric pressure cooker will kick in and prevents a kitchen catastrophe. There are other benefits, too:

What Size Electric Pressure Cooker Should I Buy?

Also, we recommend buying the newest model available. This has less to do with social status, but that older model may be harder to fix. You’d want to have spare parts for your electric pressure cooker should it break at one point.

If you like cooking higher quantities of food, then the eight-liter or ten-liter model might be a better choice.

What Is a Standard Size Pressure Cooker?

The standard size for electric pressure cookers is 5-6 liters. There are more minor variants for people who live alone – these should be in the 2–4-liter range. We do not recommend buying anything too small, since 4 liters is quite near 5 or 6 liters. Go for the standard size, so you have more space to cook when you have guests over. If you buy a new electric pressure cooker for a large family with six or more members, the ideal capacity is 7-10 liters. These are huge, but at the same time, you can cook as much food as is needed even during the holidays with minimal effort. This is what we are after, anyway.

Can You Cook Small Meals in A Large Pressure Cooker?

Definitely! Some people are fearful that a large pressure cooker would only work when it is packed with food. You can tenderize any amount of meat using a pressure cooker.

However, you still have to follow the manufacturer’s recommendations regarding how much water you should put in the pressure cooker before turning up the heat.

Pressure cookers, even the old-style ones that work only on gas hobs, have a minimum and ideal water level. If you fall under the recommended level, the food might burn.

What Is the Difference Between an Instant Pot and A Pressure Cooker?

The Top 3 And Best Dutch Ovens with Skillet Lid...

Can You Use Gorilla Glue on Cookware?