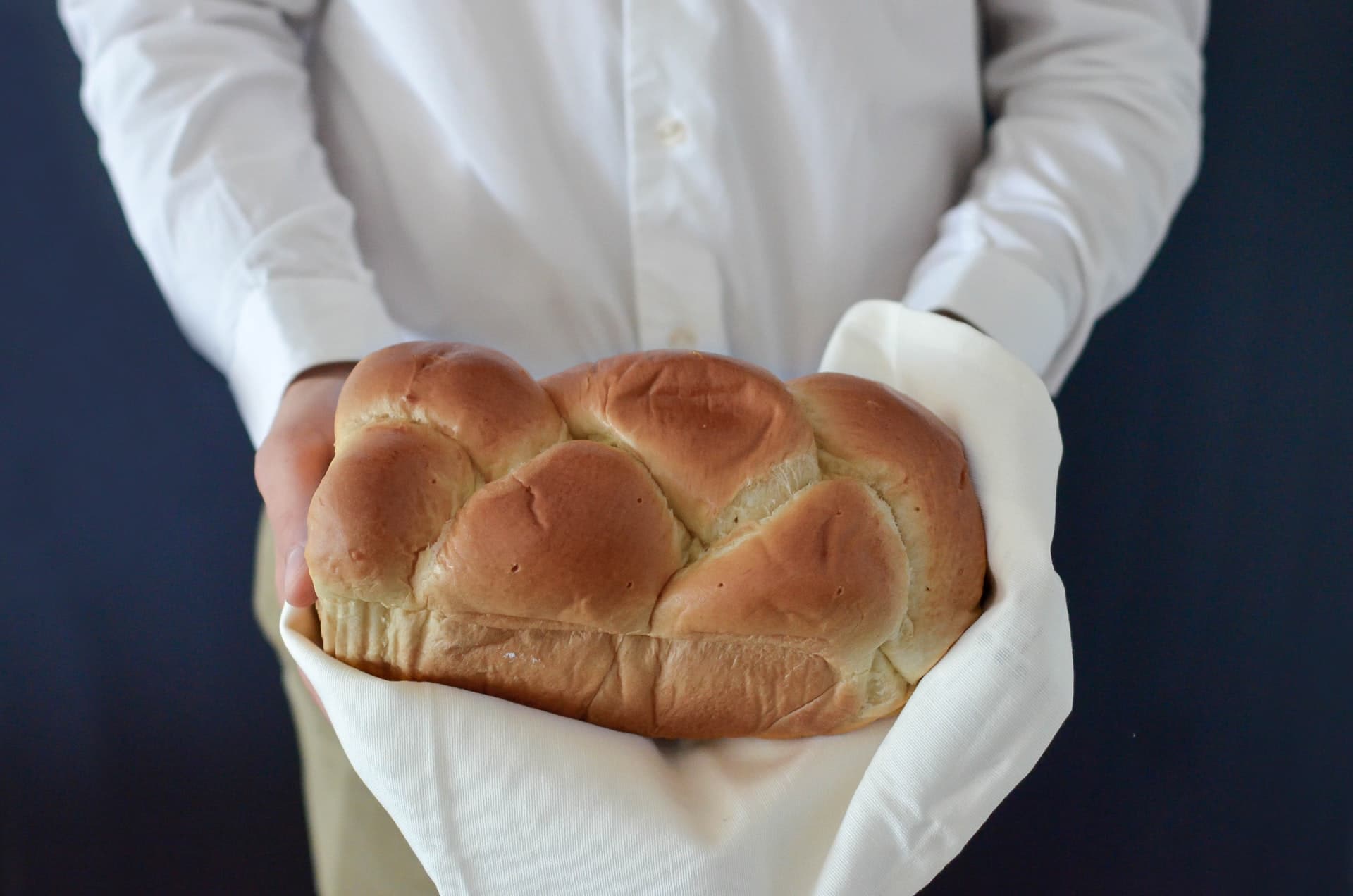 What is Brioche Bread?

Brioche bread is renowned the world over for its pillowy softness, texture, and flavor. It is considered the king of bread (or at least, the king of buns) in some country, and its savory flavors rarely leave anyone unsatisfied.

If you have ever been fond of bread, and curious about how to eat brioche or Easter brioche bread, you’ve found the right blog. We will also be sharing some great brioche recipes with you, like the French brioche recipe, so that you can have your fill at home, in the office, or anywhere you’d like.

What is the difference between plain bread and brioche bread?

One of the first things that you will notice about brioche bread is that it is not just pillowy and soft, it is golden.

Brioche bread has deep, golden colors that permeate the whole food and causes the crust to be darker in color too. It is a favorite of chefs who create gourmet sandwiches, and it is also the best type of bread of high-quality French toast.

Brioche bread has more profound and more vibrant flavors because bakers use slightly different ingredients when making brioche bread. The essential elements are the same (flour, yeast, salt, water), but bakers use more butter and eggs for brioche than regular white bread.

Brioche is also called Viennoiserie because it is created from the leavened dough. The baking method for brioche bread is similar to the technique used for making croissants. Brioche also needs to prove two times. This means the money has to be well-rested before it can rise properly.

What is brioche bread good for?

Brioche bread is high-quality bread that can be used for a variety of recipes. You can very well top the bread with a multitude of toppings and modify the dough according to your preferences. Many people like brioche bread plain, while others prefer topping it with things like chocolate bourbon, cream cheese, butter sauces, and of course, some prefer wonderful concoctions like French toast. Add slices of sweet banana to your brioche French toast, and you will taste the difference that this type of bread can bring to the equation.

Other recipes that you can try are almond-crusted overnight pull-apart pastry, chocolate chip muffins with a variety of toppings, dinner rolls with cranberry and orange rind, brioche with a chocolate filling or stuffing, and more. As bread, brioche lends so well to different recipes because it has rich flavors that complement different sauces and toppings. By slightly modifying the method used for most bread, brioche stands out as a luxurious version of loaf bread or muffins because of its additional egg and butter content.

European bread recipes are known for being rich in dairy products, including butter, more than any other bread recipe in the world. Europe loves rich and flavorful bread so much that in places like France, buttery is the norm.

Do you want to create brioche bread in the comfort of your home? You can if you already know the basics of baking bread. The only difference you will notice in making brioche bread is that the food has to prove two times before it is baked for a short time at high temperature. After that, it will rise and cook like any other bread.

If you want to create French brioche, you can bake some at home. You will need 3 cups of regular flour, one-fourth cup of dry milk (non-fat), three tbsp. granulated sugar, one teaspoon of salt, one tbsp. of instant yeast or double-action baking powder, three whole eggs, one egg yoke (separated – combine all the eggs, but keep the egg white), one-fourth cup of lukewarm water, and finally, the egg white, around ten tablespoons of butter.

Making bread is easy. Mix everything in a bowl. Use a stand mixer to combine everything at a low speed. Mix the ingredients for ten minutes. What we are looking for are elasticity and relatively shiny dough. The entire process might take a quarter of an hour.

Take the dough and ball it up into a standard shape: grease another bowl and grease one side. Turn the dough and oil on the other side as well. Cover this bowl and wait forty-five minutes to allow the dough to rise.

Refrigerate your brioche dough for eight hours. Overnight is best for brioche. The maximum is twelve hours for this phase of creation.

Pull out your dough from the fridge and allow it to rise once again in room temperatures. This process will take roughly ninety to one hundred twenty minutes. Brush the dough with the reserve egg white.

Preheat to 400 ˚F or 204 ˚C. Bake your brioche dough for ten minutes, before turning the heat to 350 ˚F (176 ˚C). Bake the bread for another forty minutes. When the temperature inside the oven reaches 190 ˚F (87 ˚C), the food is cooked. If the dough becomes too brown, too quickly, you can counter the browning by wrapping the bread in foil. If you want to bake muffin tops, one dozen regular tins will need twenty to twenty-five minutes of baking.

Pull out the bread from the oven and allow the dough to rest for about ten minutes. Day-old brioche bread can be used for recipes like bread pudding. Nothing goes to waste if you know how to repurpose bread!

How to shape brioche loaf?

One of the more exciting aspects of brioche bread is it can be shaped before cooking. There are so many ways to develop brioche bread. The easiest is balling them up into fist-sized buns. The second most popular method is flattening the brioche so you can make pizza. You can also shape the brioche, so it resembles a puffed-up shepherd’s pie. Your imagination is the limit when developing brioche bread. Adjust the size and shape, depending on what you want to achieve with the food.

What is Mutton Meat?

Can You Eat Dragon Fruit with a Nut Allergy

Avocado Vs. Banana: Which Is Healthier