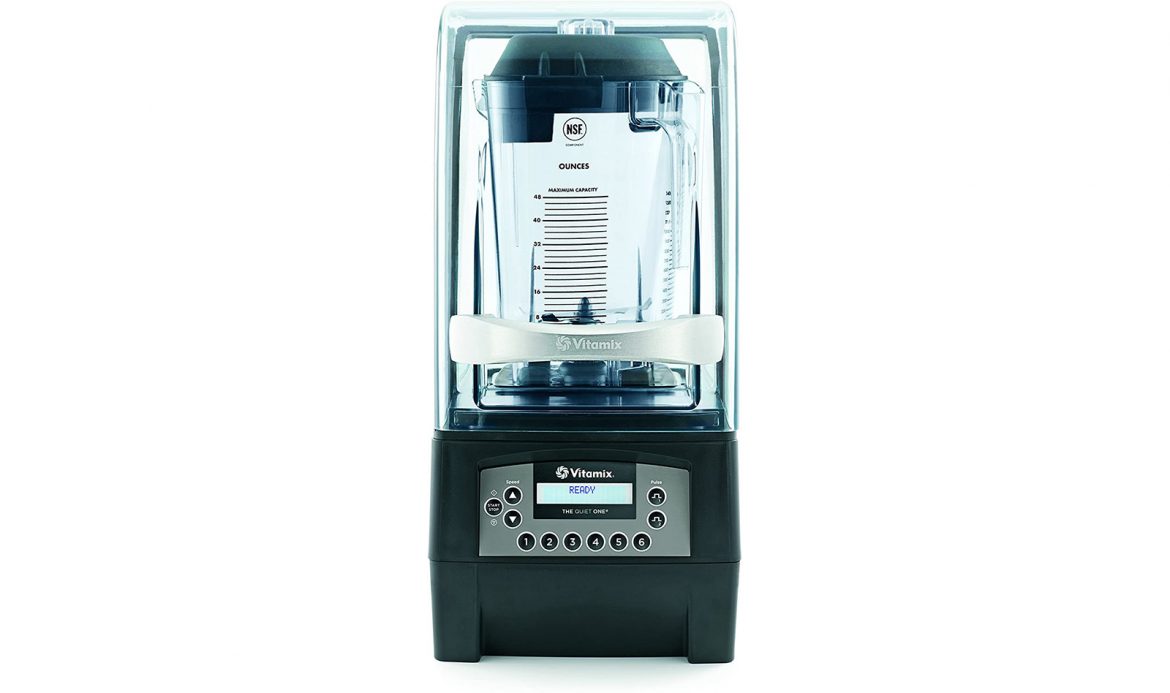 Smoothie King is the number one juice bar franchise in the United States, and it has been kicking since the 1970s. In 2012, a Korean company took over the brand, but it remains true to its original vision of serving whole ingredients in its products. While it’s not exactly the healthiest provider of smoothies because of the calories (they still use plenty of sugar in their products), that’s not the focus of today’s blog.

We want to talk about how Smoothie King is taking less time to serve smoothies to its customers, and every year they seem to gain even more mastery of the fine art of making smoothies.

So, what’s their real secret? What makes their smoothies so smooth and creamy? And how do they do it without busting motors left and right in the kitchen?

It’s not much of a secret at all. Smoothie King has invested heavily in top-of-the-line countertop blenders for years, and the best news is that you can buy the exact model they use in their locations.

So, what’s this mystical blender model that can crush ice and frozen ingredients, day in and day out, without falling apart?

It appears that Smoothie King has been using the Vitamix 36019 all this time – otherwise known as The Quiet One. Now we’re going to skip the pop culture ramifications today, but let us say that the name of this blender couldn’t be any more appropriate for what it can do.

The Quiet One is among the most potent countertop blenders in the current lineup of Vitamix, and it has already reached legendary status because it performs so well under stress.

What could be more stressful than having to survive every day at a juice bar like Smoothie King? We think there couldn’t be anything that could top that.

The Quiet One runs on 120 volts max and stands proudly at 22″. Compared to other countertop blenders that stand at 13″ or less, and this is a true behemoth that would look awesome on any kitchen countertop. It’s so magnificently gigantic that it will probably dwarf all your other kitchen appliances.

This is classified as a bar blender, which means it’s a meaner version of the countertop blender. The Quiet One has a 48-ounce jug and six completely automatic program buttons. The blender’s back cover is magnetically secured, so it’s easy to pull out and clean.

Plug this titan blender only on a wall outlet because it eats up to 15 amps of power every time. To give you a little context, a small air-conditioning unit needs less than 12 amps of power.

This one requires a gluttonous 15 amps of power, and it’s a blender. That should give you an idea about the raw power it truly packs. The black casing makes it look like a teeny-weeny kitchen appliance. Well, it’s not. You have been forewarned.

Also, consider these before making a once in a lifetime investment:

Do you need The Quiet One in your house?

If you want one blender that will rule all blenders and put the cheaper ones to shame with pure performance, The Quiet One fits the bill. Also, it’s a good option if your neighbors complain that your breakfast and snack times are too noisy. No one likes that kind of feedback. So instead of getting into early morning fights, why not get a powerful countertop/bar blender that doesn’t make a peep?

Don’t like The Quiet One? Did it scare you a little because it packs so much power? We can’t blame you. But don’t go yet – because The Quiet One has two little brothers who are equally monstrous with their efficiency in blending the hardest chunks in the kitchen.

The Explorian has a massive motor base that makes us think of truck rigs. It’s priced about a third of The Quiet One, and yet it looks like it’s ready to go through several bushels of frozen blueberries just because it’s boring. The Explorian is manufactured with super tough Tritan material and stands at just 18″, a few inches shy of its big brother, The Quiet One.

As expected, it has ten variable speeds for extra refinement of smoothie ingredients and an effective pulse that delivers solid swirls no matter how you design the pulse interval. Did we tell you that Vitamix uses metal used for aircraft? That’s why the blades are so harsh. It’s going to take more than ice or frozen berries to destroy the sharpness of these blades. Try rocks?

The Explorian is ideal for households that need a powerful blender but doesn’t need something that costs over $900. This is a reasonable alternative and will perform just as well even in commercial settings.

We’re not done gushing about Vitamix. This middle child doesn’t have confidence issues because it can handle 64 ounces of ingredients at a time. While it’s a tad pricier than the Explorian, we think the capacity more than makes up for it. What’s interesting is it’s shorter than the Explorian.

Height doesn’t matter when you have a motor that can run a derby. If you want to save some power while blending, the Series 750 Blender is the best choice among the three because at least it doesn’t need 15 amps. It just needs 12 amps. That’s still an insane amount of power for a blender.

We’re still amazed that you can use that much power when making smoothies. But anyway, the point of these appliances is that if you want efficiency and power, you’re going to get it. But you have to be willing to ride the way these massive blenders ride.

Capacity is crucial for startups in the food industry. If you want to make it big by selling juice and smoothies, then you need the help of the Vitamix family. You know you need it.

The main picture is from Amazon – Vitamix Store. As an Amazon Associate I earn from qualifying purchases.

Which Ninja Blender Should I Buy?

The 3 Best Grill Brushes for Traeger

What Is the Best Dinnerware for Everyday Use?