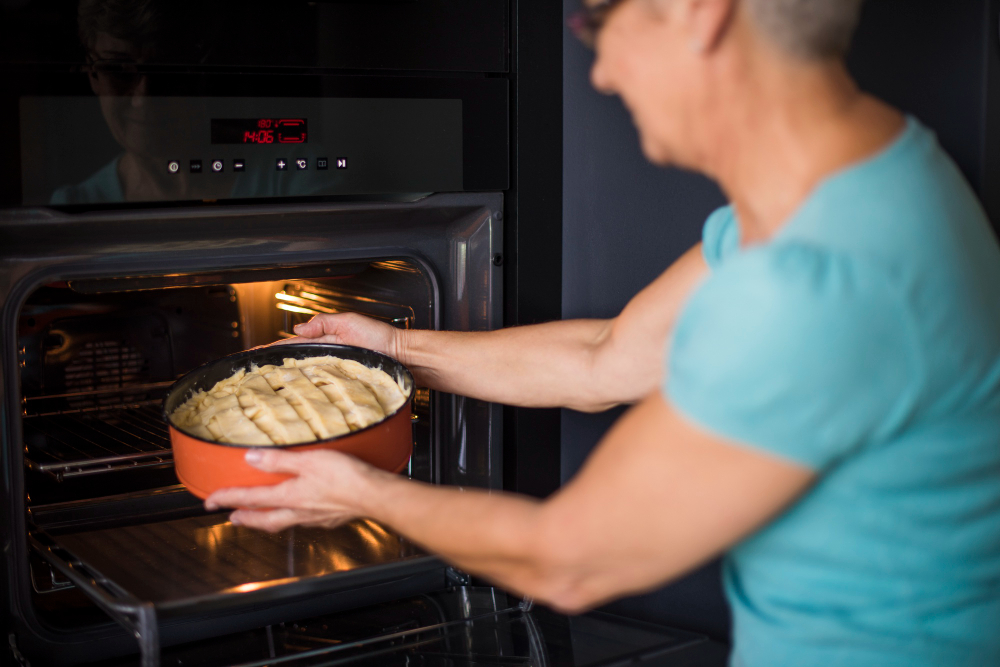 An electric oven’s most crucial component is the element. Without it, your food would remain uncooked and cold. Thus, it’s critical to obtain a suitable replacement as soon as possible if your cooker element fails. Even so, when replacing an oven element, it’s helpful to have a rough notion of how long the new one will last.
What, after all, caused your old cooker element to fail in the first place? Most cooker elements should last about five years, on average. Of course, this depends on the state of your oven and its overall quality; the better your oven, the longer its parts should survive. As the individual components of electric ovens fail, people also ask – how long do oven igniters last?

Over time, this constant expansion and shrinking might damage the wiring, resulting in your oven breaking for no apparent reason.

Overheating elements can also cause them to shatter. If your oven’s thermostat isn’t working correctly, the thermostat should turn off the aspect once the range reaches the desired temperature. If it doesn’t, the element will continue to heat up until it breaks.

Do Oven Heating Elements Wear Out?

Heating elements in electric ovens, like gas igniters, can also break or wear out over time. Usually, you can tell if the heating elements are blazing red by looking at them.

It’s time to replace one or both elements if they aren’t entirely or aren’t glowing. With a specific replacement part and a screwdriver or nut driver, you can do it yourself in minutes. First, disconnect the range from the power source, remove any covers, and unscrew the screws that keep the heating elements in place. Next, reattach the heating elements, then replace the caps and screws.

Make sure the temperature sensor isn’t touching the inside wall of the oven since this will interfere with its ability to accurately monitor the oven’s interior temperature. If that’s the case, adjust it, so it doesn’t make touch with the wall. You can utilize an ohmmeter to check that the sensor is working if it’s still not heating properly. The sensor’s resistance should increase as the oven’s internal temperature rises. Replacing the temperature sensor, like replacing a heating element or a gas igniter, is a quick and straightforward fix that you can accomplish yourself.

How Do I Know If My Oven Needs A New Element?

The average lifespan of the range is 10 to 15 years. Depending on the features, a new gas or electric model costs between $300 and over $2000. However, it’s possible that simply replacing the oven’s heating element will suffice. In addition to a possible installation fee, replacement heating elements can cost as little as $25.

However, you must first determine whether the heating element is the source of the problem or whether the complete appliance should be replaced.

The heating element, also known as the baking coil, is attached to the back wall of an electric oven and is placed near the bottom. A broiling element is also located at the top. Burner coils can also be seen on an electric range. Stove-top locks may be readily replaced by disconnecting the old one and plugging in the new one. Wherever possible, these should be unplugged and washed and dried.

If you keep getting uncooked food, you may need to replace the element, even if you have preheated the oven properly and cooked the food for the recommended time.

When Should I Replace My Oven Heating Element?

You should consider replacing your oven heating element if you see the common signs that they need to be replaced or if the electric oven is no longer cooking your food correctly. Among the most common signs that a range has a faulty element include:

How Do I Know If My Oven Element Is Blown?

Do you believe your oven’s heating element is faulty? When you feel something is wrong, look for these signs:

Why Does Cutlery Go Black In The Dishwasher

Do Ovens Use a Lot of Electricity

Top 1 Best Mixer Grinder for Indian Cooking in The...