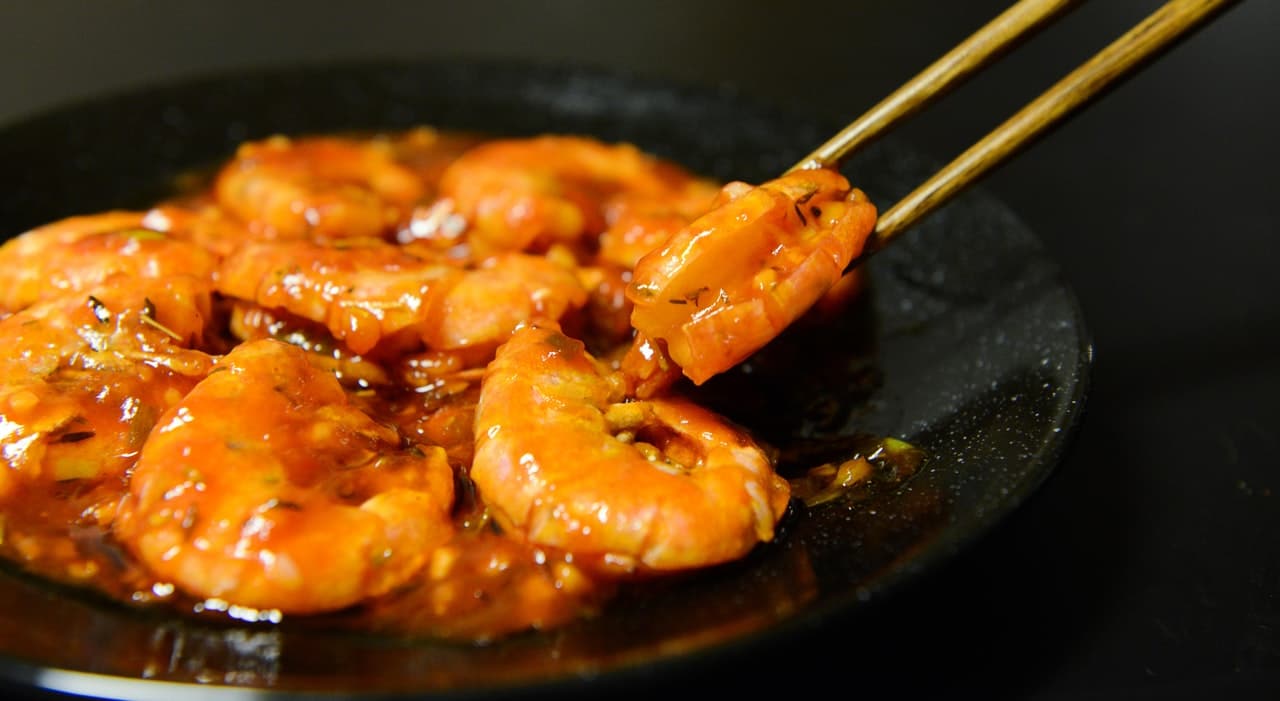 What is Hunan Shrimp?

Hunan shrimp is a type of hot and spicy shrimp recipe that comes from an ancient cooking tradition. Hunan cuisine traces its origins to the Western Han Dynasty. This means Hunan cooking is at least 2,100 years old.

It is said that this cooking first emerged in an area near the center of the Yangtze River. The abundance of natural food resources paved the way for a most colorful cooking tradition that remains popular today.

If you are wondering why Hunan shrimp and other examples of Hunan cuisine are often hot and made with so much pepper and chilies, it’s because the place is naturally humid.

People always seem to love the sweet and crisp green beans, the tasty shrimp that’s always crispy at the outside and, of course, the generous dousing of garlic. If you love the aromatic and pleasing flavors of garlic in an Asian stir-fry dish, you are going to fall in love easily with the Hunan shrimp.

There are always intersections and parallels between the cooking from different Chinese cuisines, so it’s important to look at what makes these cosines and recipes different. The first point of similarity between Szechuan cooking and Hunan cooking is the use of a chili paste that has been fermented before being served. Brands like Doubanjiang are popular in the West.

One huge difference between Hunan and Szechuan is the use of brown sugar or natural honey in Szechuan cooking. The Szechuan culinary tradition emphasizes the use of sweetness to balance the extreme heat. There is no shortage of heat in either cuisine, but in the Hunan side, an additional touch of acidity (tanginess) is viewed as more effective in counterbalancing the dry heat.

What is Hunan Style?

Hunan-style cooking is recognized as one of the eight great cooking traditions of China. Hunan cuisine is known most favorably for its collection of hot and peppery food. Hunan cuisine is naturally aromatic, and you are assured of a carnival of colors each time you order Hunan cuisine, especially Hunan shrimp.

There is no single cooking technique that is favored by the masters of Hunan-style cooking.

Steaming, stir-frying, frying, stewing, and other cooking methods are used equally for different types of dishes. There is so much variety in Hunan cuisine because of the high volume of agricultural output in this region near the Yangtze River.

In China, the food is described as spicy and dry and, in some instances, purely hot. Take note of these distinct characteristics as you try food items from different cuisines or cooking traditions in China. The food can be drastically different from place to place or region to region.

Hunan cuisine is almost always described as the “hot cousin” of Szechuan cooking. Szechuan cooking has more global resonance because it has been exported to more regional locations throughout the world.

Hunan shrimp is available commercially in Chinese restaurants and take-out outlets. It is often served with a medley of spicy vegetables and a signature sauce that varies from restaurant to restaurant. The concept behind the dish remains consistent, however.

Hunan shrimp is somewhat high in dietary cholesterol (254 milligrams) and sodium (1645 milligrams). Despite the seemingly negative aspect of this dish, it more than makes up for these downsides with its potassium content (369 milligrams), vitamin A (59% RDA), vitamin C (51% RDA), and calcium content (9.8%).

What is the Difference Between Hunan Shrimp vs. Szechuan Shrimp?

People often have a tough time differentiating between Hunan shrimp and Szechuan shrimp. The difference is in how the cuisines manage heat. Hunan shrimp emphasizes a type of “dry heat” taste. This puts at the center of the dish the chili peppers used to make the food authentically Hunan.

Szechuan chicken doesn’t have this ‘dry heat’ approach. Instead, people who vouch by the Szechuan tradition say that the heat in Szechuan cooking is mouth-numbing and very fiery.

There are also differences in the secondary flavor overtones. Hunan shrimp tends to have tanginess mixed into it, while Szechuan shrimp can be characterized as somewhat sweet despite the extreme heat. Both are appetizing, of course, and best consumed with your favorite side dishes and steamed rice.

What is the Difference Between Hunan Shrimp vs. Kung Pao Shrimp?

Kung Pao shrimp comes from a different culinary tradition, and thus, it uses a slightly different ingredient set. Take note of the roasted peanuts (the unsalted kind), which is used to add a different note to the final product.

Modern renditions of the Kung Pao shrimp also make use of hoisin sauce to establish the food’s salt base. As for the chili peppers, it depends on what is locally available. If you live in the US, we recommend visiting a general Asian store to check for dried chili pepper flakes or chile de Arbol in some areas. An equivalent of four to six chili peppers is needed if you want to raise the heat level to “moderate.”

Picking the Best Pillow Ever

Can Dragon Fruit Change the Color of Your Stool