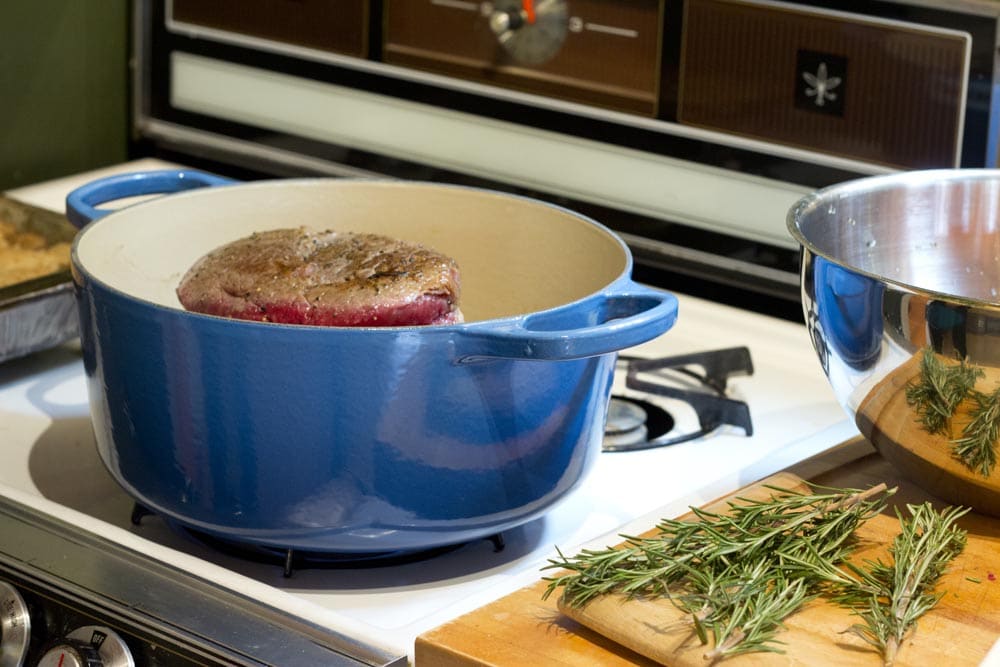 The Dutch oven is a versatile cooking pot that is popular throughout North America and Europe. It is most ideal for long hours of cooking, and it can also withstand even the highest temperature ranges in the oven.

Yes, you can place the Dutch oven in an actual oven, and you will be able to braise meat and create the most sumptuous stews while doing nothing literally.

The Dutch oven is the champion cookware of slow cooking. Furthermore, the Dutch oven is a great pot for doing almost anything in the kitchen, from boiling to frying. It stands as the top pot among cooking pots.

The Dutch oven is notable because it can distribute heat and retain heat too evenly. Slow cookers are prized because they can slow-cook and retain heat. Dutch ovens also perform these functions, and they can be used both in the oven and on the stovetop.

Dutch ovens started with stovetop cooking so that the classical Dutch ovens can be used in high-heat gas-stove situations without any risk of damage. Additionally, cast iron cookware has very high resistance even to excessive cooking temperatures.

If you have no clue about the use of the Dutch, always start with a dab of oil or a nub of butter before anything else. Never place a Dutch oven on a gas stove with the fire turned up high if it is empty. Dutch ovens function better if it is filled halfway or even to the brim.

Can You Use a Dutch Oven as A Saucepan?

The Dutch oven can certainly be used as a saucepan. It will probably be the most long-lasting saucepan ever in your kitchen because it is made of cast iron, and should you have a Dutch oven at home that has vitreous glass as an extra layer on top, you are going to have a fun time cooking all sorts of recipes on top of reducing sauces and making soups.

Structurally though, there are many differences between saucepans and Dutch ovens. Saucepans are often made from ordinary metals, including cast aluminum. They are lighter, smaller, and shorter than Dutch ovens. Modern Dutch ovens have a lot of height to boot, and this cookware can contain a lot of water and ingredients before they spill over.

Can I Cook Anything with Dutch Oven?

Yes, you can technically cook anything with a Dutch oven. There are no restrictions with the ingredients in your recipe and most especially with the cooking technique that you want to employ in the first place. If you have ever dreamed of cooking with a one-size-fits-all cooking pot, the Dutch oven fits the bill.

Can Dutch Oven Go from Fridge to Stove?

The Top 3 And Best Saucepans with Strainer Lid 2022