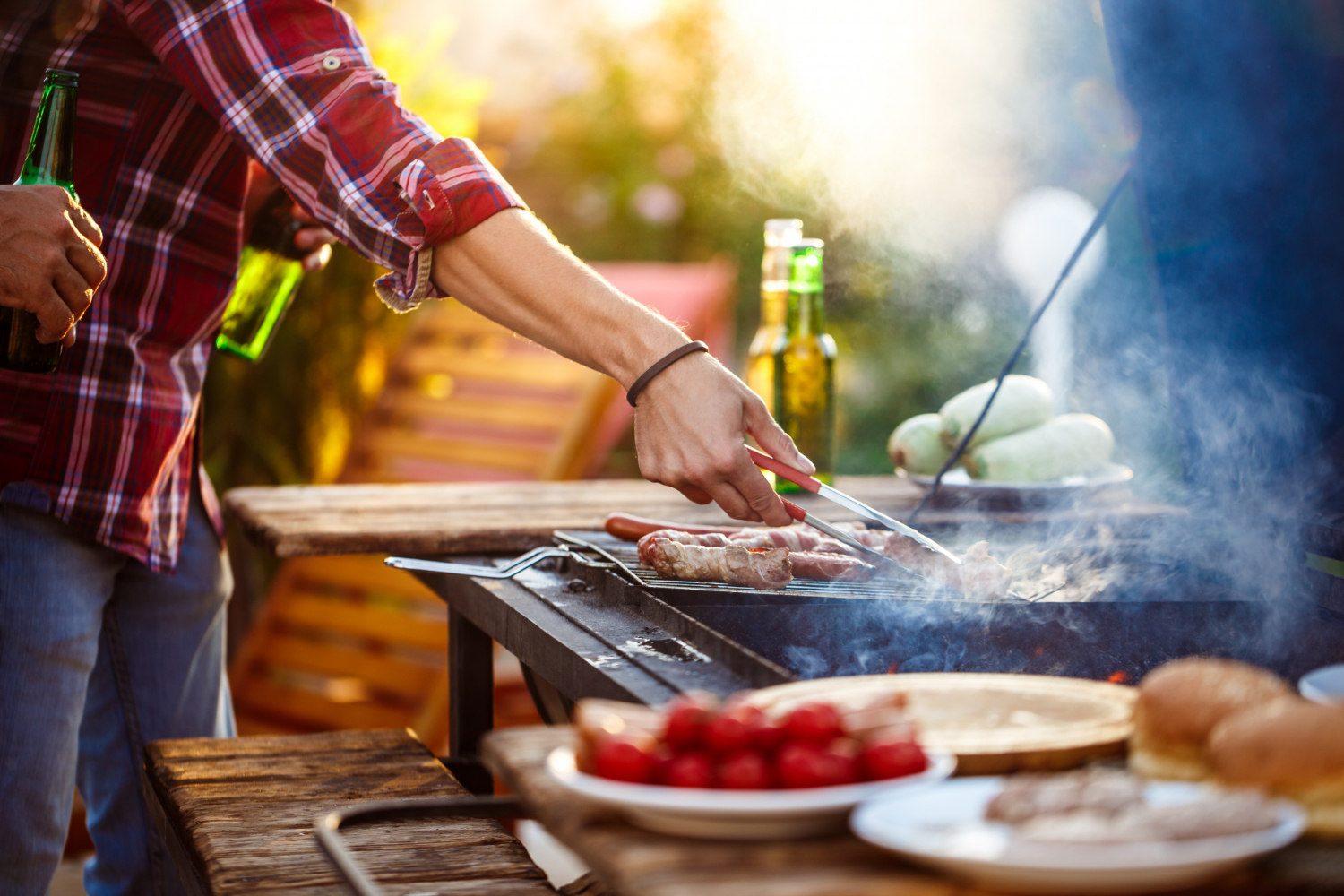 Summer is when the best smart thermometers shine. After all, slapping meat on the grill while sipping a tinny is a summer ritual. The best meat thermometer can help you avoid bad meals and even save your life. Even if you don’t eat meat, the best cooking thermometer can still do the first of those two jobs.

Here comes the smart thermometer. They are temperature-monitoring gadgets, wired or Bluetooth-enabled—and can be paired with your smartphone or tablet. This ensures that the food you’re preparing is grilled, roasted, or baked to perfection.

How to Buy the Best Meat Thermometer

Another advantage of smart thermometers is that they help streamline cooking by removing a few possible variables. The first step is to install the relevant mobile app on your mobile device. The various preset options allow you to choose what type of food, temperature, and how long you want your food to cook.

A lot of smart thermometers feature clips for holding the probes in place while grilling or frying. Some use magnets to keep it in place on the stovetop, in the oven, or on the grill. You can keep track of your food by keeping track of your display, rather than carrying your phone or tablet.

Price
Compared to the Flame Boss’ most prominent and best device—BBQ Guru’s flagship temperature control, the UltraQ, wins hands down.

While the primary function of both devices is technically the same, for $20 less, you get not only the most trusted brand but also an automatic temperature control with more excellent compatibility, more features, and higher quality materials.

Automatic temperature control is one of the best BBQ accessories we’ve ever seen (and use at every BBQ competition). These high-tech devices, similar to ovens, monitor and control the temperature of your smoker. They not only make barbecuing more accessible than ever before, but they also produce fantastic results.

Typically, the most common way to control the temperature of a BBQ smoker is by using a fan placed on one of the vent ducts. This appliance will tell the fan to blow more or less air over the charcoal, creating and maintaining the ideal cooking temperature.

Some customers of Flame Boss have claimed that their variable-speed fans provide an additional level of precision because the fans run at different speeds. While actual temperature control is based on the amount of oxygen entering the smoker, not the overall volume, it is vital to ensure adequate oxygen flow into the smoker before attempting to control temperature.

The slides of BBQ Guru’s fans are far more robust than their competitors, but their fans also come with built-in slide dampers that can be adjusted. Using multiple fans can also control larger cookers.

We are very excited about the variety of smoker adaptors available at BBQ Guru because they cover virtually every smoker on the market. In addition, they make finding an appropriate adaptor for your smoker as simple as possible. Precise sealing is a hallmark of their custom-built adaptors.

Additionally, the Flame Boss offering is somewhat limited, offering adaptors for ceramic cookers and Weber Smokey Mountains grills. Also, Flame Boss has been noted to apply “one-size-fits-all” engineering. This has led to an absence of precision. There are draft-free and inaccurate areas due to their adaptors.

While both the Flame Boss 500 and UltraQ feature multiple probes, WiFi, and stable temperatures, they are different enough to help ensure each device works for other applications. However, when deciding which device to use, the UltraQ emerges as the clear choice.

Even though the business does well in various arenas, it is impressive that it produces high-quality products, collaborates well with other devices, and offers a wide range of features. While Flame Boss may have assumed the mantle of the legacy established by Barbeque Guru, it’s evident that BBQ Guru still rules the roost when it comes to automatic temperature controls for charcoal cookers.

What Utensil Do You Serve Cake With

The Best Knife to Peel Apples