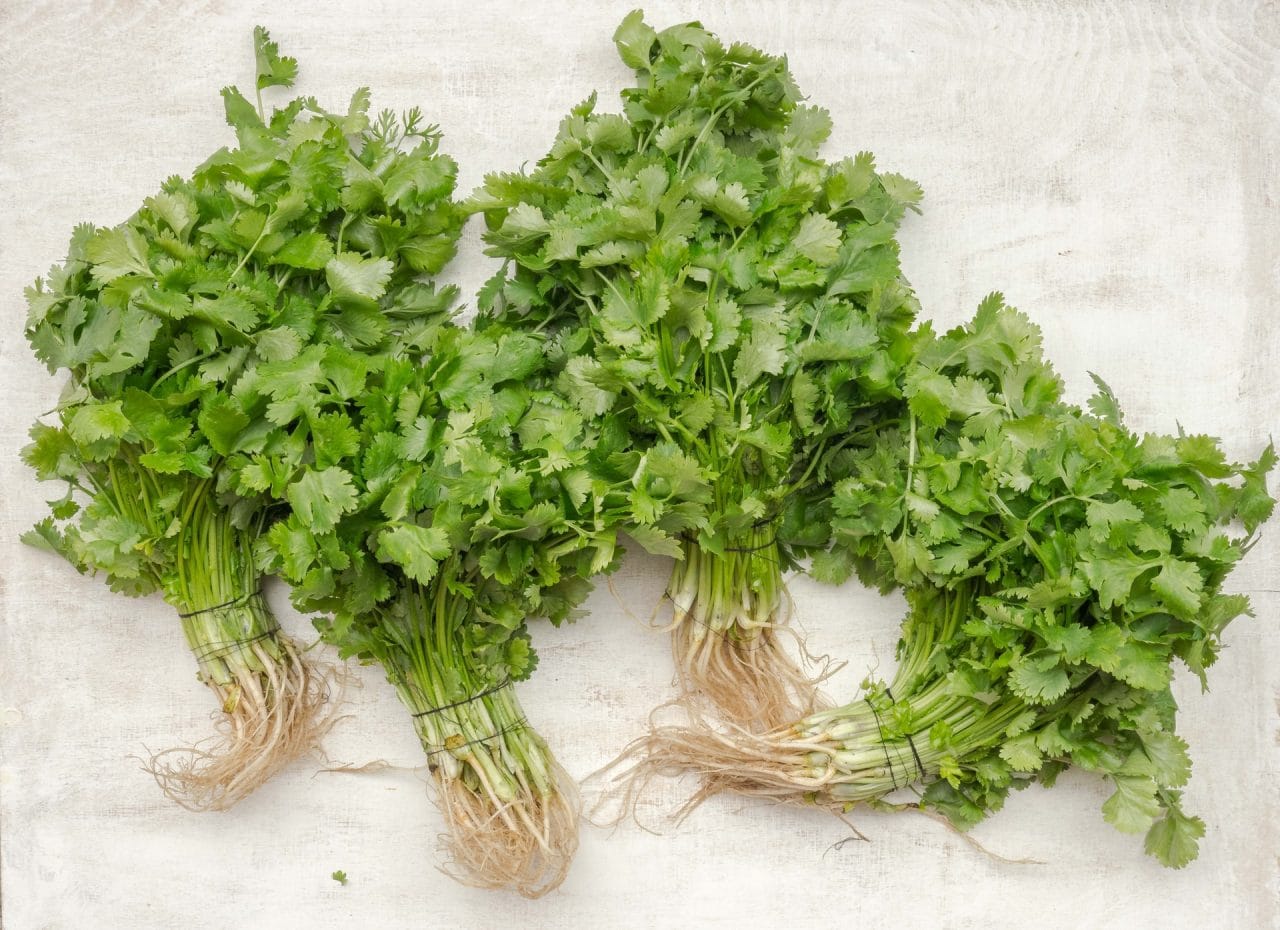 How to Grow Cilantro Indoors

The best type of cilantro for indoor growing are the ones that have been marked by the seed manufacturer as “slow to bolt.” The cilantro will grow just like other cilantro variants, but the seeding process will be delayed for a  couple of weeks.

This is important because cilantro that grows too quickly and produces seeds too fast will taste bitter. What we are after with this effort is to be able to provide cilantro that has a fresh taste that will be great on dishes and salads. Now once the seeds come out, you can use the seeds to propagate some more cilantro at home.

To grow cilantro properly indoors, you will need an indoor pot that has a depth of at least eight inches. Cilantro is a relative of the carrot, and carrots grow long taproots. If you can get a pot that has 12 inches of depth, that would be more ideal. The pot should have a natural drain opening. For the soil, simply use any indoor potting mix, and you should get good results. The potting mix should always be moist but has to be well-drained as well.

To ensure that your seeds will grow correctly, be sure to soak them in a shallow platter of water for 24 hours. Soaking the seeds will promote the quicker growth of the first leaves and roots (sprouting).

Cilantro growing temperature is 50 to 85 degrees Fahrenheit. During the summer, this should be no problem, but if you live somewhere naturally cold all year long, you may use an organic light to regulate the ambient temperature around your plant.

Will cilantro grow back after cutting?

When the cilantro plants grow to a height of four inches, you can use a sharp pair of scissors to remove some foliage for your salads and dishes. Take note that when the cilantro does begin growing, your pot is going to be covered with them, so there is no need to worry about cutting out too much. The cilantro will grow back, don’t worry. However, as we have mentioned before, once they start bolting, the current batch that you have may eventually turn bitter. You should self-propagate again in another pot if you want fresher-tasting cilantro.

There is another way of propagating cilantro: planting seedlings. You will be transferring seedlings to your pot and taking care of them from this point in the growth process, instead of starting directly from seeds. Seedlings are usually ready for harvesting in as short as two weeks. Cilantro that is sprouted from seeds can take as long 4-6 weeks before they are ready for collection. We understand that not everyone has access to available to grow seedlings; we are just making sure you are aware of your options. Transplant the seedlings with a trowel and mist them lightly with water. They will be ready the moment you transfer them to their individual growing pots.

Can You Drink Salad Dressing