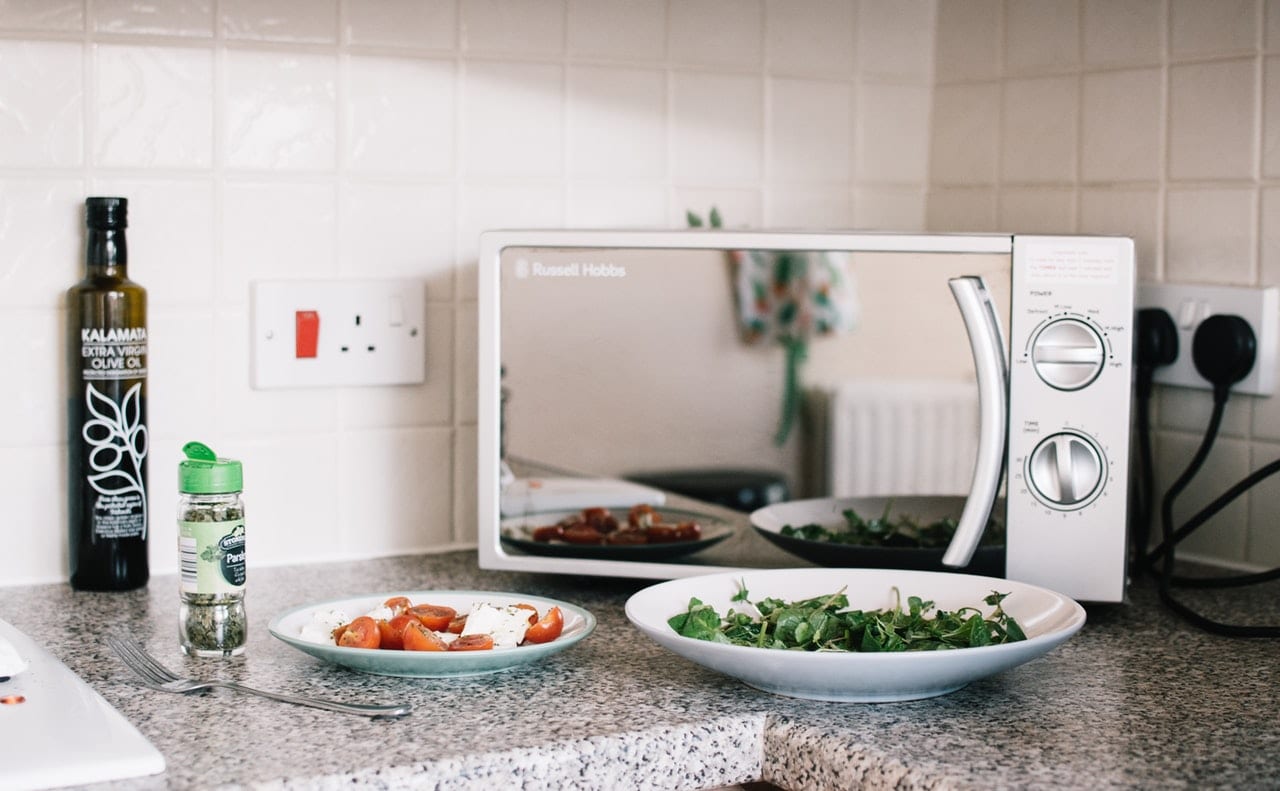 The development of microwave technology is a milestone for humanity, and we will be forever thankful to Percy Spencer, an American engineer who invented this sublime technology while playing with components used originally for radar.

The humble microwave has been around since the late 1940s and has been a mainstay in many, many homes globally. The microwave was such a radical technology because it changed the way people heated and cooked their food. Conventional cooking introduced heat to the surface of the food before the heat spread throughout.

With the microwave, radio waves are sent into the food itself, and heat penetrated the individual molecules of food inside the microwave oven. The result is not surprising: food can be heated several times faster compared to conventional cooking.

Due to the immense power of microwave technology, they cannot be used “out in the open,” and the heating elements are encased by a durable box that prevents the radio waves from channeling outward, which could harm living tissue.

We all know microwave ovens as these heavy metal boxes that seem to have no heating parts but do the job beautifully all the same.

The reason for this is that the heating element is shielded, and only when you close the door of the microwave will it activate and actually work. Trust us, and you wouldn’t want your fingers anywhere near the inside of a microwave when it’s operating.

The primary mechanism that cooks your food is called the magnetron. The magnetron is a relatively complicated electrical construction that shoots out a specific type of radio wave to generate heat and cook food. Magnetrons generate short-wavelength radio waves that are usually about 30 cm in length. Take note that any radiation from the microwave is microwave radiation and not the kind of radiation that is produced by nuclear power plants. These are two different things, and they will never be the same.

Now, as the magnetron shoots off an impressive amount of radio waves, the radio waves bounce off the walls of the microwave oven and hit the food that is slowly turning inside. Radio waves that hit stuff like food do not bounce – they penetrate, which is why the food is cooked well every time.

The radio waves cause individual food molecules to speed up and vibrate. The vibration of the molecules generates heat, and the food heats up nicely.

How Do Microwaves Cook Food From the Inside Out?

People often say that microwave ovens cook food from the inside out, because there are usually no scorch marks on the outside, but everything inside is warm and steamy.

This isn’t precisely accurate, and we will get to that in a moment. Conventional cooking with a direct heat source like fire functions mostly through convection, so the heat travels from the outside (through the surface of the food) towards the inner layers.

The intensity of heat dissipates as it travels through the food, which is why conventional cooking requires some mastery, so you do not end up burning your food.

Microwave ovens, on the other hand, do not precisely heat food the way fire does. Microwave radiation (this is just another term for radio waves) is capable of exciting the molecules of food.

Microwave radiation also has an affinity for liquids, so if you are cooking food like pies where there is plenty of moisture inside, then yes, since there is more moisture involved, we can correctly say that the pie is being cooked from the inside out due to the discrepancy in heat levels (outside versus inside).

Take note, however, that microwave ovens are not miracle workers, and if you are cooking something too large (or too frozen), it is highly likely that you will get something warm on the outside but cold at the core.

Fortunately, people usually cook food that is only a few centimeters across, and will not take up all the space of the microwave oven. Also, if you want to cook food well (especially frozen dinners), it is imperative that you follow the manufacturer’s instructions as to how long you should microwave a package and at what heat level.

Is Microwaving Food Safe for the Health?

For some years now, naysayers have been saying that microwave radiation can cause cancer. Well, we are here today to tell you that this is false, and mostly a misunderstanding of how radiation works. You see, not all kinds of radiation are harmful to human health.

We are exposed to natural radiation every day, and you do not precisely see people dropping dead from being exposed to the sun, right? And as we have mentioned earlier, microwave radiation is the farthest thing from nuclear fallout. The FDA has set specific standards for microwave ovens, as the radio waves can hurt living tissue (e.g., your hand).

The World Health Organization concurs and states that the use of microwave ovens, when applied according to the manufacturer’s instructions, is safe for human health.

The WHO further assures the public that a well-cooked meal inside a microwave oven has the same level of safety and nutrition as food that is prepared using more conventional means.

The only difference is that due to the nature of technology, food is cooked more quickly because radio waves can penetrate the insides of the food.

The Harvard Medical School also states that cooking methods that are quick and reduce the number of nutrients in food the least are considered ideal – and microwaving food is one such method of cooking.

How to Reseason a Cast-Iron Pan?