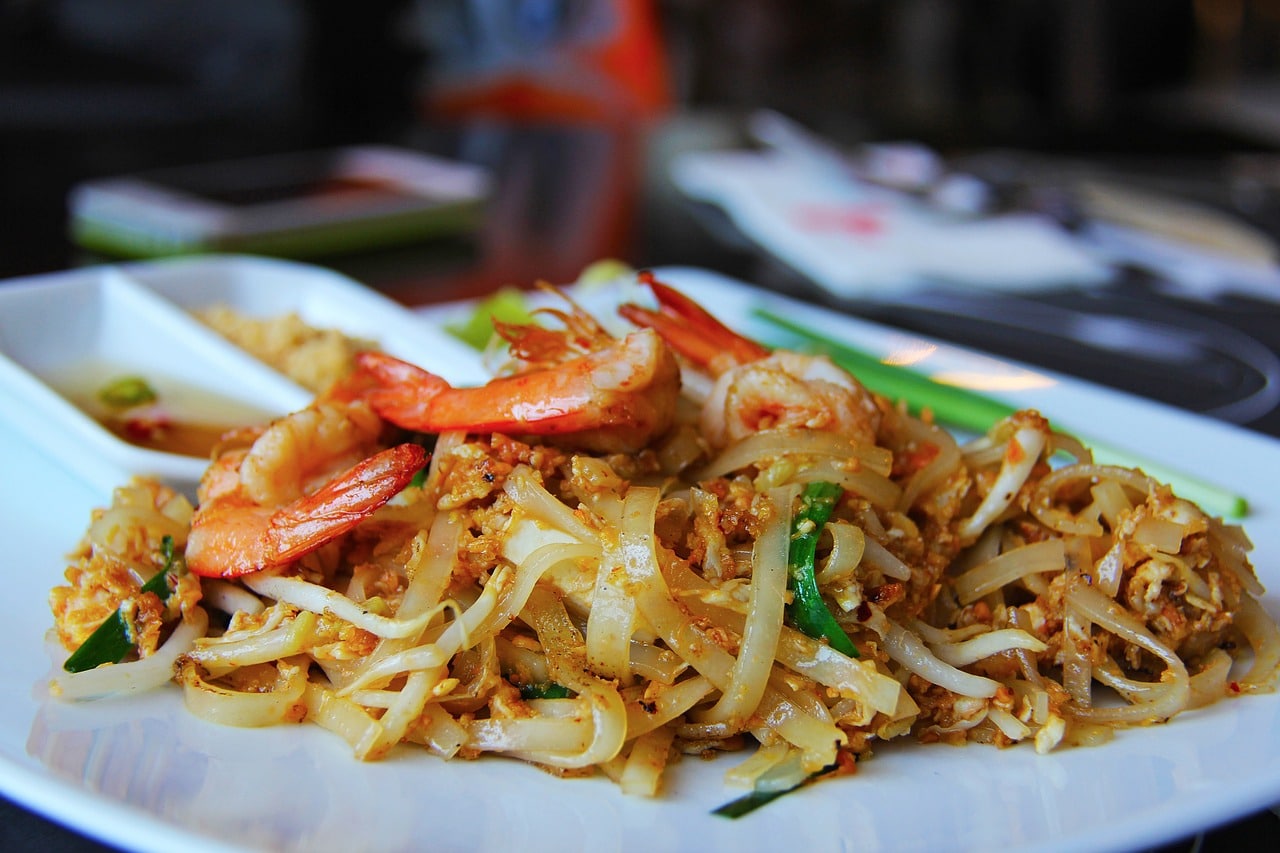 Which is truly better – drunken noodles vs. pad thai?

The debate often boils down to two things: salt content and calories. Generally speaking, drunken noodles tend to have more calories than Pad Thai. However, it’s important to distinguish the different preparations of these dishes.

For example, if the drunken noodles per serving have fewer protein and fat sources, then it’s healthier than an overdone Pad Thai with lots of vegetables and lots of chicken strips.

Additionally, the question of healthiness depends on the health condition of the person eating. If you are sodium-sensitive and have issues keeping your blood sugar down, these dishes may not be for you.

Pad Thai is a rice noodle stir fry dish that emphasizes seafood, chicken, bean sprouts, and eggs. It is also cooked with a peanut and tamarind sauce that is savory and naturally bursting with flavor.

Pad Thai is a legendary dish in Thai restaurants. In Thailand, Pad Thai is sold out in the streets as well. If you are a vegan, you have to remove the eggs and all the other proteins. You can use soy sauce, so there won’t be any animal products in the recipe.

Drunken noodles do not have alcohol. Pad Kee Mao is a savory and spicy dish that is also prepared with rice noodles. Drunken noodles are so-called because this dish is supposed to be paired with alcoholic beverages.

It’s also supposed to help speed up your recovery from alcohol the next day. If you tend to suffer from burning hangovers and want to function the next day, grab some Pad Kee Mao.

How Many Cups in A Pound of Powdered Sugar?

Is Heavy Cream Same as Whipping Cream: What’s The Difference Between Them?