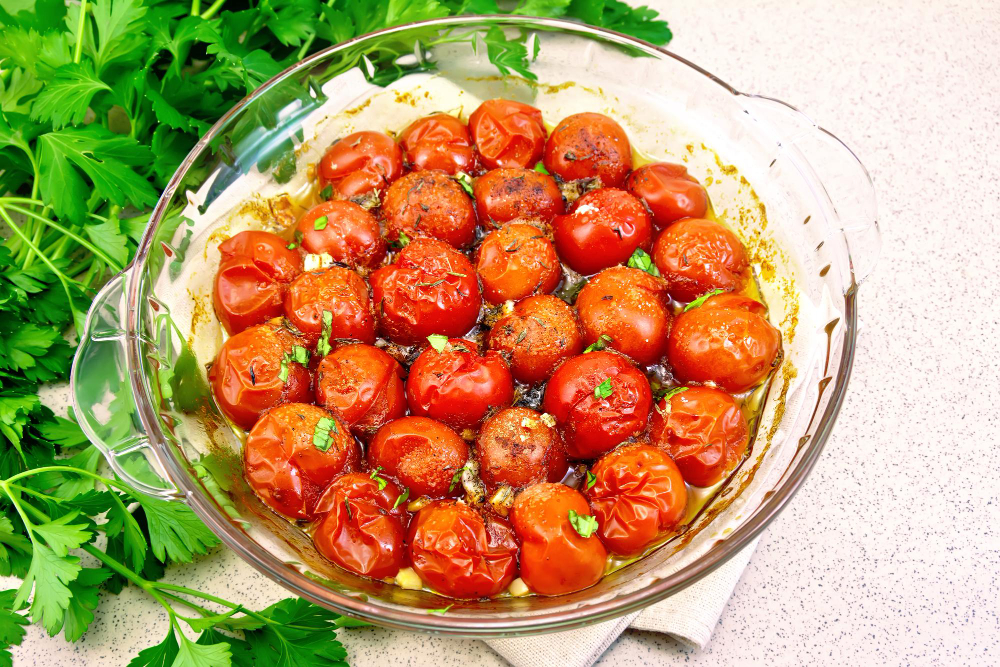 Glass is generally oven-safe when taken from room temperature and placed in a moderate-degree, preheated oven. The Pyrex heat capacity is incredibly astounding, as the glass can tolerate Pyrex temperatures of up to 932°F.

Glass restricts heat transmission between the oven’s air and your batter until it is heated up. The glass then maintains heat significantly longer than metal. Because of these characteristics, dough baked in glass bakeware often takes longer to bake.

Some customers have reported issues of glass bakeware shattering in the oven or when cooling on the counter. Though the number of reported instances is modest compared to the millions of glass bakeware sold in the United States and Canada, there is cause for concern. Consumers should take precautions to reduce the risk.

Borosilicate glassware tends to fracture and scatter sharp shards of glass, whereas soda-lime glass breaks in larger, duller pieces. Manufacturers wanted their bakeware to break in a less hazardous fashion, if it broke at all, as the rationale for the recipe change.

According to the producers in the United States, their goods are safe to use, but you must determine whether the risk is worth it. So, for example, it’s completely understandable that tempered glass products can and do break on occasion, particularly if the glass becomes weak for whatever reason.

Even with the utmost care, a heat-resistant glass bowl or bakeware could break or shatter—there’s no guarantee it won’t. If you are hesitant to put glass bakeware in the oven, save it for non-baked treats and use metal bakeware for everything else.

Can glass Go in the oven at 450º Fahrenheit?

As soon as you turn on your oven, please double-check that the glass cookware you’re using is oven-safe, as well as the safe upper limit of the temperature it can withstand. For example, stoneware such as ceramics, enamel, and tempered glass such as Pyrex are oven-safe up to 350 degrees Fahrenheit.

A glass-type bowl will not break simply by being placed in a hot oven. Instead, there must be another reason for it to break.

When you place glass in a preheated oven, it should not begin to melt or become soft until it reaches temperatures above 900 degrees Fahrenheit. Extreme thermal differences, such as rapid and uneven temperature changes, may cause the glass to shatter.

Glass can break or shatter for various reasons, but putting it in a uniformly heated oven, all other variables aside is not one of them. A minor chip in a windshield might generate a stress point fluctuation, causing a fracture to lengthen.

Despite being designed for baking, Pyrex cookware can’t sustain temperatures above 425 degrees Fahrenheit. This indicates that metal pans should be used while cooking at higher temperatures.

Since the dawn of time, Pyrex has been one of the most sought-after kitchen supplies. Long-lasting containers have been advocated for decades because of their resistance to temperature changes.

Even though using Pyrex on the stovetop was historically common, it is now discouraged. This is because Pyrex’s borosilicate glassware formulation has changed since the business first began making Pyrex Flameware for burner usage.

Pyrex is a favorite of many people because it can endure severe temperatures and is less likely to suffer thermal shock. However, direct heat exposure to current Pyrex will undoubtedly result in a cracked or exploding piece of Pyrex.

Even though Pyrex cookware is better at going from extremes than plain glass, it is still not advisable to use it. When your cold food is heated up too quickly, this phenomenon occurs.

There are numerous ways to keep your Pyrex bakeware from bursting. Before placing your baking dish in the oven, ensure sure the oven is preheated. Avoids the high temperatures that ovens generate in the initial few minutes of heating up to quickly obtain the required baking temperature.

It’s a good idea to let cold meals warm up before serving them. Because of thermal shock, taking something out of the fridge and into a hot oven can create a massive mess.

What Temp Does Glass Break in the Oven?

Thin glass bakeware begins to shatter when heated and commonly breaks about 302 to 392°F. If a glass container is placed near a particularly intense heat source, it will gradually lose its shape and transition from a permanent solid to a plastic state.

When using oven-safe casserole pans, is there a maximum temperature that you should be aware of? Does it ever make sense not to bake your casserole dish?

How Hot Can a Frying Pan Get

Can You Use A Springform Pan For Cake

What Can I Use Instead of Rock Salt for Making...