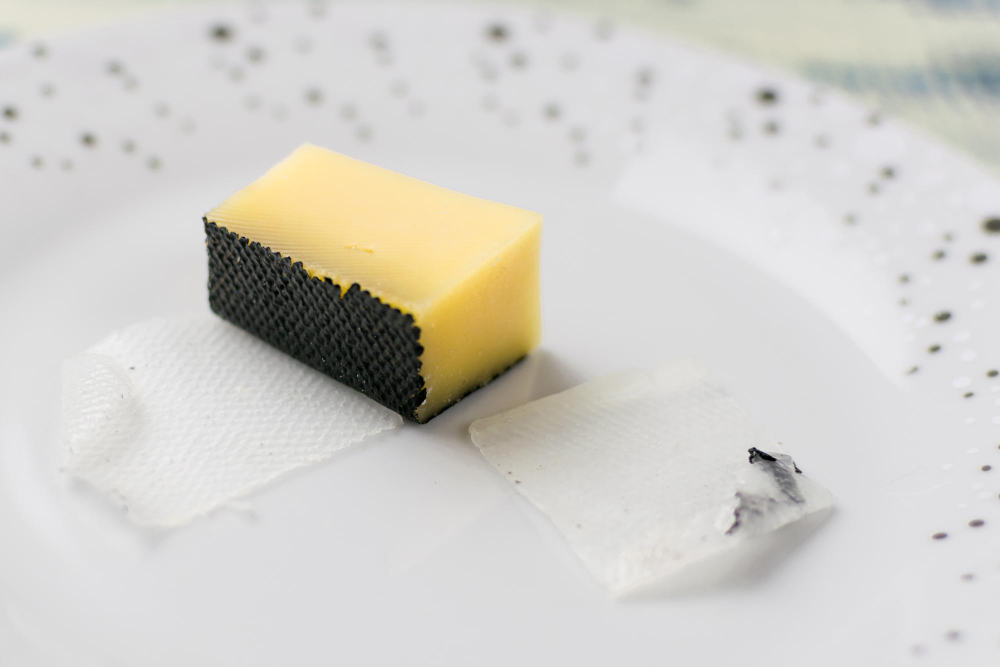 Cheese Wax Vs Paraffin: Are They Identical

Cheese wax is a specialty wax that is used to keep cheese fresh. Unlike wax made entirely of paraffin, it remains soft and flexible long after hardened. Conventional cheese wax can be easily pulled away from the cheese without shattering or disintegrating into brittle bits. Cheese wax is frequently available in black, yellow, and red and is colored using food-grade coloring. Admittedly, many people like yellow because it has less coloring overall. However, imagine the amount of food dye required to turn neutral wax into black wax, right?

In line with this, people also seek options by asking: the cheese wax alternative: what else can you use?

Waxing your cheese helps to keep it fresh while it ages. In addition, it helps to keep the moisture in the cheese by preventing mold from forming on the surfaces. Once you’ve waxed your cheese, you won’t have to worry about mold or anything else besides turning it often, maintaining it at the appropriate temperatures, and eating it when ready. More complex, drier cheeses are preferable for waxing. However, waxing a softer, moister cheese can be disastrous, so don’t assume that all cheeses can be waxed.

Paraffin wax is a soft, solid wax that is white or colorless. Saturated hydrocarbons are used in the manufacture of paraffin wax. Because it’s colorless, tasteless, and odorless, it’s frequently used in skin-softening salon and spa treatments on the hands, cuticles, and feet.

Some practitioners also use paraffin wax to relieve pain in aching muscles and joints. There are numerous other applications for paraffin wax. It’s commonly used as a lubricant, electrical insulation, and in the production of candles and crayons.

It is tested in a lab to ensure that paraffin wax is safe and hygienic for use on the body. It’s all-natural and has a low melting point, so it can be easily applied to the skin at a temperature that won’t cause burns or blisters. However, paraffin wax may create a heat rash if you have sensitive skin.

Can Paraffin Wax Be Used for Cheese?

Cheese wax is made of paraffin wax, but it has been manufactured to specifications that make it possible to protect cheese without affecting the product’s flavor. If you have candle wax at home, please do not wax hard cheese without knowing its chemistry first.

The difficulty of applying the wrong kind of wax contributes to the cheese wax conundrum. I can’t emphasize enough how important the science of waxing your cheese is. You should only use cheese wax if you have no idea how traditional cheese wax works.

Please do not use paraffin wax directly, either. Even though cheese wax melts at lower temperatures than paraffin, it can eventually (and safely) reach higher temperatures. This is required to prevent bacteria from developing on the container’s outside. Make sure your wax is hot enough. Germs are killed at 180°F; therefore, heat the wax to 200 °F so that when you apply it to the cheese, the temperature is still 180°F or higher. Heat the wax to no more than 210°F.

What Is Cheese Wax Made Of?

Traditional cheese wax is comprised of food-grade dyes and paraffin wax. However, it comes with additives that make the wax pliable.

Let’s return to the wax we purchased from our neighborhood specialty store. The wax is made up of paraffin and microcrystalline waxes, both of which are petroleum-based. Food is also used to color the wax. Although this wax cannot be used to produce candles, it has other applications that make it reusable. For example, you only peel potatoes with a potato peeler. It removes just enough wax to get rid of it without too much cheese.

This method works well because most cheeses are spherical and difficult to cut with a knife. Cheese wax was explicitly created to cover the cheese. It prevents mold formation and keeps moisture in cheese while storage. In contrast to pure paraffin wax, which is readily brittle and fractured, this wax is soft and flexible.

Cloth, paper, and wax are not poisonous, yet they are neither food nor a genuine shell. So when you have a Ziplock bag full of Parmigiano Reggiano in the fridge, it’s perfectly reasonable, but that woman is holding to the waxy exteriors of Gouda and Edam.

Is Cheese Wax the Same as Candle Wax?

Paraffin (a petroleum-based solid), microcrystalline waxes, and coloring are common ingredients in cheese wax. Unfortunately, because most cheese wax contains paraffin, it is not compostable and should not be thrown away in the garbage. Natural wax materials, on the other hand, can be recycled.

The wax on cheese is intended to give a protective layer. Traditional cheese waxing keeps the cheese moist and prevents it from drying out by avoiding harmful mold growth. You can cut into the wax as if it were a cake when it comes to eating your cheese. Cutting directly into the heart of a waxed truckle and cutting it into wedges allows you to taste and obtain the cheese’s flavor profile.

While many cheese rinds are edible, you should avoid eating the wax on cheese because it is intended to protect the cheese rather than to be eaten. Have you got cheese wax but no cheese? Why not get some additional cheese for yourself or someone you care about? Don’t throw away that wax.

Yes, cheese wax does not contain compounds that can harm your health.

It is safer to melt wax in a double boiler than in a single boiler since it is not exposed to direct flame. However, never leave the wax to melt unattended. When the wax is heated to a high temperature, it can explode—preheat the wax to 210 degrees Fahrenheit. A natural bristle brush can be used to brush polish onto a dry and cold cheese (anything synthetic would melt), or you can carefully dip your cheese into the pot. Focus on coating evenly one side at a time (it can get very slippery). One thick coat is superior to two thin layers. Mold needs air to develop, so make sure any air holes are filled.

When you’re ready to consume your cheese, peel off the wax, which can be squeezed through Butter Muslin and reused.

Typically, cheese purchased in a grocery store is a finished product that has been aged to perfection. Therefore, waxing it in little bits could pose issues. In addition, if a cheese is not flipped frequently, all the moisture will go to the bottom, resulting in a mushy mess under the wax. To avoid difficulties, we recommend buying complete wheels or making your cheeses and turning them over at least once a week after waxing. We also recommend letting your cheese air dry for a few days before waxing it.

Can I Eating Blackberries Without Washing?