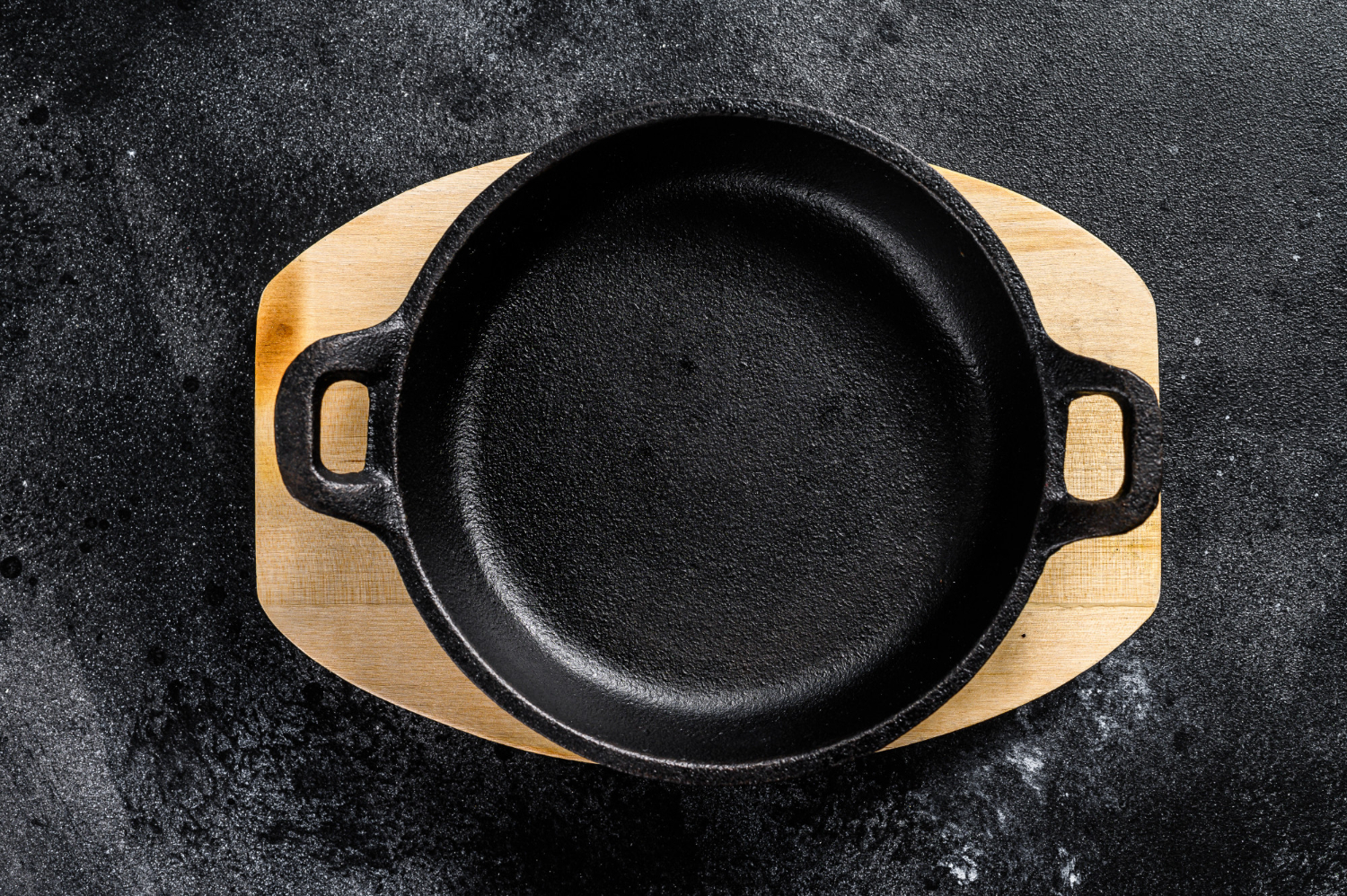 For the best results, it is critical to have the correct cookware. Using only the best ingredients, using foolproof recipes, and using fragrant spices are all necessary. Still, these approaches will fail if the cookware is not suitable. To pick the proper metal for your kitchen, you must consider the advantages and disadvantages of all of them. Iron and cast iron cookware is seeing a resurgence in popularity these days.

Wrought iron and cast iron are both used to make cookware. However, some iron products are made using various processes, which lead to unique physical advantages that are better suited for particular uses.

Wrought iron cookware is created by heating and molding iron into various shapes to make cooking utensils. Wrought describes something that has been worked on or worked to completion. Pure iron is heated while it remains hot, and while it is shaped using a hammer and other tools, it is then drawn into wire. The shapes of wrought iron can be altered by heating the metal over and over again.

The general idea is that though the physical appearance of cast iron sounds like pure iron. But in reality, it actually has 2% to 5% carbon, silicon, manganese, sulfur, phosphorus, and other impurities mixed in. Iron ore is mixed with scrap metals and other alloys to create cast iron in the smelting process. When the mixture has cooled and hardened, it is removed from the molds and placed in jars or bottles.

Is Iron the Same as Cast Iron?

As people become more health-conscious, they purchase cookware with great care. More people are opting for iron cookware, according to recent studies, due to its numerous health benefits. Cookware made of iron is excellent for use in the kitchen, and it is long-lasting as well. However, we must first determine the type of iron we should select as cookware.

Cast iron and iron cookware, despite their similar looks, have significant differences that significantly impact the way we cook. Therefore, before buying any pan or pot, we should know the difference between iron and cast iron cookware.

While wrought iron differs from cast iron, it is more expensive. These are elemental, raw iron, and last for a long time. They add an unwelcome, rustic flavor to the food because of their natural composition. Our meals are enriched in iron content, which is better for our health.

While we’re on the subject of cookware, here are some of the most desirable materials that can be utilized. Unfortunately, while some metals have the beneficial effect of making food healthy, other metals can adversely affect the food’s nutritional value. Hence, health and nutrition can be severely jeopardized if we use nonstick cookware, granite cookware, aluminum cookware, or ceramic cookware.

Is It Healthy to Cook in Cast Iron?

Another key reason we love cast-iron skillets is because of how well they work for everything from pizza to burgers to peach crisp and giant biscuits. But beyond the culinary benefits, cast iron has other advantages. According to experts, cooking with it can actually be good for our health.

Indeed, a cast-iron skillet is a great cooking vessel. However, the heat retention makes it suitable for healthy cooking, claims registered dietitian and nutrition coach Kerri-Ann Jennings of Vermont. This covers the types of methods not dependent on oil, such as braising and poaching, quick broiling, and grilling.

Cast-iron pans have a natural nonstick coating, so you will use less oil for cooking with them than you would if you used stainless steel. In addition, cast iron will get better and better as you use it more and more. This is a good excuse for cooking with it frequently, especially for almost any type of food.

Research shows that the amount of iron in food can be affected by the amount of cast-iron food you consume. While it’s unclear how much iron gets transferred, it’s still debatable how much your body absorbs.

What Should You Not Use in Cast Iron?

You can extend the overall life of your cast iron skillet by showing it some special attention and care. For many families, their generations-old cast iron has been doing the same thing for hundreds of years: crisping chicken and caramelizing Brussels sprouts.

Avoid these common mistakes when using a cast-iron skillet, and you’ll create a tradition that will be passed down for generations.

The pan is not heated up to the right temperature.

Cast iron tends to develop hot spots, resulting in uneven cooking and a less nonstick sear. To prevent this, preheat your skillet in the oven before using it.

The cookware is used in both savory and sweet dishes.

Make sure you have a different cooking pan for particularly fragrant things, such as garlic sauces, seafood, and anything with funky fermented ingredients. A good Lodge 12-inch cast-iron skillet can be purchased for as little as $23 at Target, as you’ll need a second one to put in your pantry.

The skillet sat in water for more extended periods.

Immersing your cast iron skillet in your drain will cause it to rust, and putting it in the dishwasher will only accelerate the process. Even using only plain soap and water, clean it as soon as possible. However, since rinsing off all of the suds and drying the pan quickly after washing will ensure that the soap doesn’t harm the skillet’s seasoned surface, it’s safe to use.

Can Plates Get Mold

Is It Bad to Leave Utensils in Food

The Top 3 And Best Dutch Ovens Without Enamel 2022