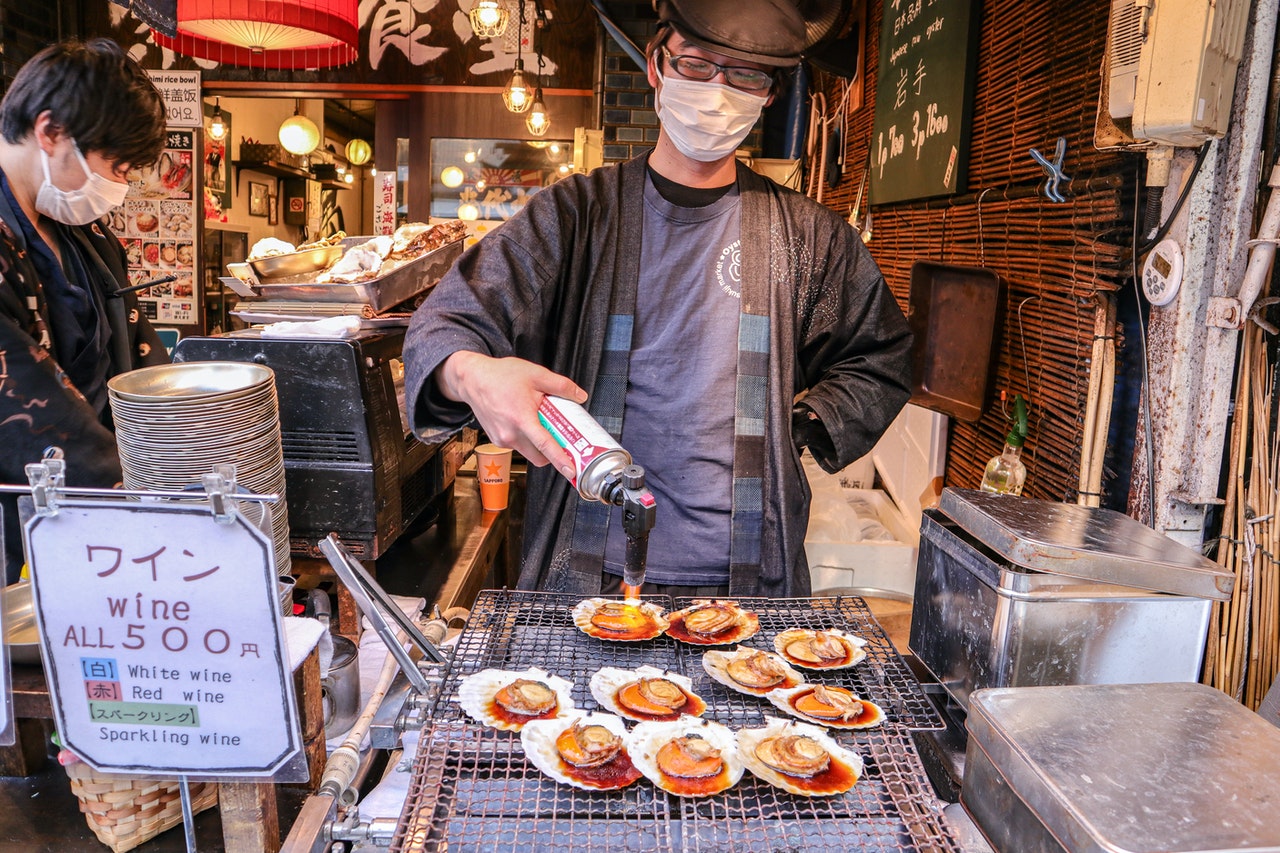 The culinary world wouldn’t have been the same if kitchen torches weren’t invented. Kitchen torches are designed to provide a consistent flame that browns the surface of food readily.

What is it called when you torch food?

A culinary torch is a useful little device in the kitchen that allows the user to brown the surface of food and cook food, basically, with a controlled, direct flame. Among culinary experts and home cooks, using a torch sign that you have upgraded your skills and have become a truly accomplished cook. If you want to prepare crème brulee and similar creations, it’s important to have at least one cooking torch at home.

Is Butane Safe for Food?

Using butane for a kitchen torch, according to chefs, is acceptable because MAPP gas (the gas used in cooking torches) and butane gas are both alkanes, and these gases do not produce byproducts that can stain the flavor or smell of food. Butane is used for cooking and smaller devices like lighters, but they can technically be used in cooking food. Some dedicated home cooks claim that it’s best to stick to cooking torches because they deliver a more consistent flame than non-cooking torches. Others claim that apart from the torches’ design or aesthetics, your regular hardware store mini-torch performs the same way as a more expensive cooking torch.

We’re guessing that the exact answer to this question would depend on what you are trying to cook and your techniques in the kitchen.

As for safety, butane gas and propane are safe for directly cooking food. You may produce a small amount of carbon monoxide, but the carbon monoxide is not readily absorbed by food during the heating process. We recommend that you crack open the windows when you are using any torch so that gaseous byproducts are naturally removed from the kitchen. If you are doing a lot of torching all day, you may need to add adequate ventilation to ensure that all the off-gassing of torching is routed away from your workspace.

Is Butane Torch All That Can Be Used On Food?

The butane torch is just one of many kinds of torches that can be used to torch or cook food. A propane torch works quite as well, and there’s also MAPP torches used for high-end kitchens. Many cooking torches that produce much more consistent flames are more expensive, but if you are strapped for cash, you can always a mini-torch from the hardware store to get things done.

How to Use Cooking Torch?

How to torch food? Torching food is not complicated. It’s one of the least complicated cooking methods around. However, you need to use your cooking torch correctly if you want to get good results. When lighting your torch, always point away from your food at first. The first surge of gas will produce a dirty flame that might impart unwanted flavors to your food. Wait for the flame to turn blue before you point the flame at the food. If you see yellow, red, or orange flame, don’t use the torch yet. Adjust the gas output and wait for the flame to turn blue finally. The blue flame is like a powerful jet that surges straight from the tip; it has none of the candle flame-like appearance of weaker flames.

As for the torch’s motion, while you are cooking, we do not recommend concentrating the flame in just one spot for a long time. Doing so will likely cause burnt parts on the food. Instead of concentrating the flame, use a sweeping motion instead. The flame from a cooking torch produces an even scorch that will produce a beautiful browning on the surface. Learn how to tell if the scorching is sufficient or underdone. You can check out instructions on the Web or check out how others are doing it on YouTube. Your best tools are your eyes. If in doubt, stop and check the surface minus the flame. Think of the process as painting. You’re going to do great!

Methane or natural gas is commonplace fuel for gas stoves, but this is not the same gas used in many cooking torches. MAPP gas and oxyacetylene are more common for torches used in the kitchen because they burn hotter and deliver more consistent results. The higher the burn, the better the heat, and the more heat you have per second, the better the results, too.

As for the taste, butane does not impart an aftertaste to food at all. If you are worried about any aftertastes, then don’t, because you will get good results every time with a butane torch. Below are some essential information on torch flames so you can get the most out of your new kitchen tool:

What Does Salt Do in Baking