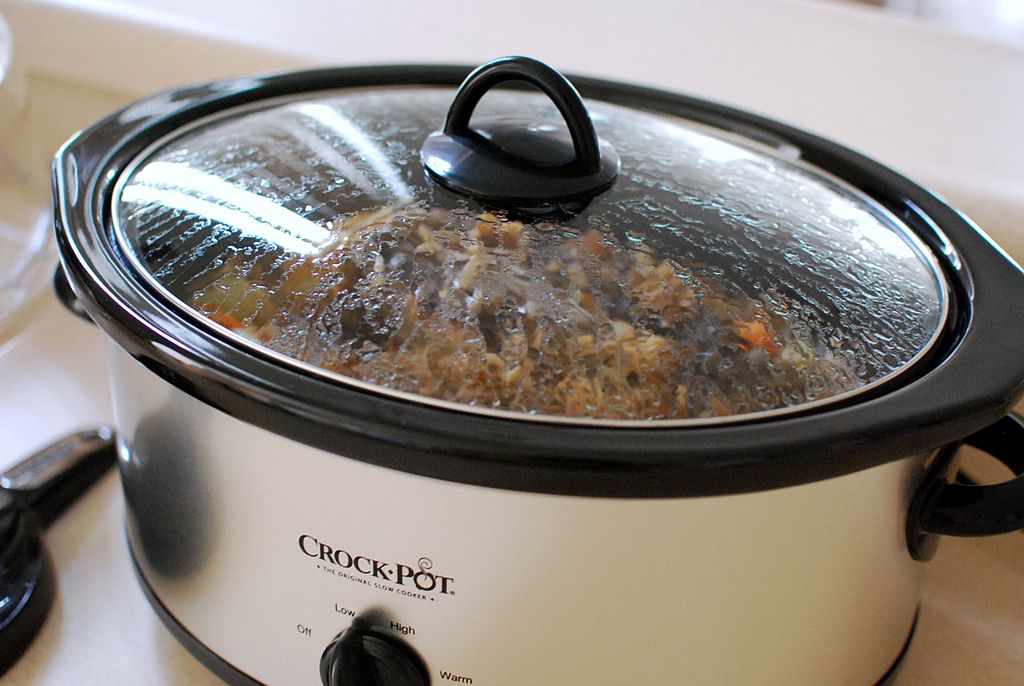 Slow cooking your food provides the necessary convenience and versatility for your cooking needs. The best thing a slow cooker can offer is the fancy aspect of just tossing all the ingredients in, setting the timer, and letting the equipment do your cooking chore for you. The question lies on how long can a slow cooker be left attended.

Designed to simmer food to extended, unattended periods, a slow cooker or a crockpot is a piece of cooking equipment worth keeping. Since the product can be left alone for hours, some new cooks could not be very enjoyable. How long can it be left unattended? It depends. Some manufacturers recommended that the maximum hour is around six to ten hours. Others can provide up to 24 hours of unattended cooking.

Yes, slow cookers may have promised the land of “unattended cooking,” but that doesn’t mean that it should be left abandoned for such periods. If the water levels are not checked or regulated, there is a high chance of burning the food, catching fire.

Although slow cookers are designed to sustain prolonged cooking, they can still malfunction if misused. Most crockpots can be used between 75-350 watts, depending on the actual size. Standard-sized slow cookers, which are typically used inside a household kitchen, operate on a controllable wattage. This means that there’s a little possibility for it to burn and cause fires.

To prevent electrical fires, plug the slow cooker on a direct wall outlet. Do not use shared outlets like an extension to prevent overloading. Check the slow cookers wattage before placing it on the right source. Aside from setting the timer, you may also set a personal timer on your phone or on your clock to synchronize cooking.

If possible, check your slow cooker from time to time. You may check the lid for signs of liquid overflowing or even liquid drying. If it happens, refill the liquid if necessary.

Is It Safe to Leave a Slow Cooker On for 12 Hours?

Different food products can be left for shorter times without hitting the 12 hours. Soups made of vegetables and fish can be placed inside a slow cooker in less than twelve hours. The same principle works on pre-cooked food like pasta and rice.

However, this idea may not work on meat and poultry. To get the desired moist and texture inside the food, this may need cooking up to 12 hours. Before leaving the food unattended, make sure that it has enough liquid to prevent it from drying and burning the food—which may appear later on the damage the slow cooker itself. To prevent any unwanted accidents, consider the following tips:

How Long Can You Safely Leave a Crockpot On Low?

With all the electric cooking appliances in the market, only the crockpot can be left overnight. This is why many households own a slow cooker to create meals that don’t require too much attention. However, with differences in brands that provide low to the best quality, the quality of your crockpot may depend.

Programmable crockpot, a slow cooker variant that can automatically shut down after the timer has been set—can cook food up to 24 hours. Several cooking recipes that require extracting and infusing the flavors can only last for 6-8 hours. Longer than this, it will break down the nutrients found in food.

If you are leaving the kitchen for a long while the cooker is running, you may set it under low heat. This will ensure that the food will be cooked without any chance of burning the food or even burning the appliance. Please do not leave the lid open since it will quickly evaporate the liquids and cause serious device problems.

How Much Liquid Do You Put in A Slow Cooker?

A slow cooker can provide the necessary time and effort to cook the food on its own accord. After placing the necessary ingredient, just set the timer and temperature, and it is good to go. While placing the solid components, you may come to arrive on questioning this: how much liquid can my slow cooker occupy?

The answer will depend on the slow cooker’s size. Instead of measuring the liquid by its liter, you may check the device through rough estimation or the built-in water indicator inside the pot. Since the slow cooker is sealed tightly in a lid, the liquid will not evaporate quickly.

If there is a recipe with specific measurements, reduce the liquid by two-thirds. For vegetables, place a liquid enough to cover it. If cooking a soup, do not fill the liquid up to the ream to prevent over spilling.

Oven Preheat Vs. Bake: Are They Same

Is Baking Paper the Same as Wax Paper?

What Can I Use Instead of Rock Salt for Making...