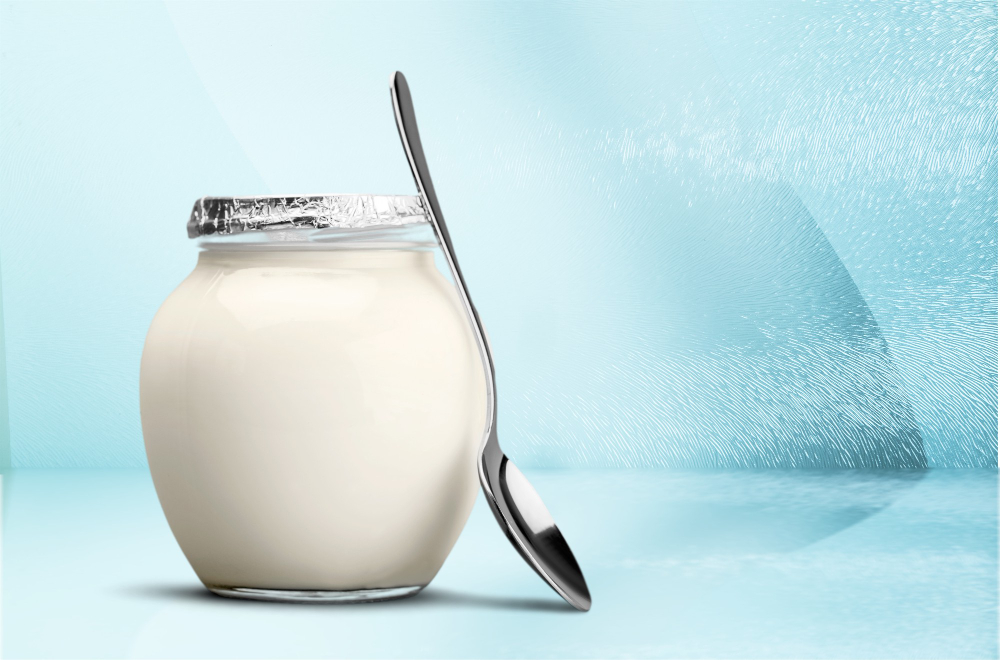 Salmonella, a microorganism that causes foodborne illness, has contaminated packaged dairy products such as yogurt. The safety of this product is determined by the processing used, the microbes involved, and the quality control.

Pasteurization, which uses just enough warmth for long enough to destroy disease-causing microorganisms, renders raw milk safe. The majority of the nutritional benefits of consuming raw milk can also be obtained from pasteurized milk without the risk of contamination.

Unpasteurized milk and items manufactured from it were 150 times more food poisoning than pasteurized milk. The illnesses were found to be more severe in children and young people. In addition, salmonella that might cause sickness or disease can be found in milk used in yogurt production.

Several reports claim it’s okay to eat outdated yogurt, but if you’re not careful, you risk foodborne illness if you eat it past its prime. It’s best to eat yogurt by the use-by date to ensure quality and freshness.

If you have expired yogurt in your refrigerator, inspect it before eating it. Even the smell of sour yogurt might make you nauseous.

If your yogurt is moldy, you should discard it. However, yogurt doesn’t usually smell terrible, even when it’s turned, so you can’t rely on your nose to identify danger.

Food poisoning affects some people more than others. Pregnant women, young children, the elderly, and anyone with weakened immune systems, such as HIV, should avoid eating yogurt past its expiration date.

Yogurt’s processing and acidity provide some resistance to microorganisms that cause foodborne illness. To keep your yogurt at the proper temperature, store it on the top shelf of your refrigerator rather than on the door.

Can You Get Sick from Eating Old Yogurt?

Most yogurt-related food poisoning symptoms include digestive distress, such as diarrhea. Mold, slow-growing bacteria, or microorganisms introduced into yogurt via added ingredients are the most common causes of food poisoning.

If you see any signs of molding on your old yogurt, throw it out right away. Yogurt lingering in the fridge for far too long is prone to mold and will make you sick due to its high water content.

If yogurt is left at room temperature for two hours, it should be consumed within two hours, while unsealed yogurt stored in the fridge lasts much longer. So keep it refrigerated until you get it home to avoid degradation, and don’t leave it outside for not more than two hours.

Probiotics are the many microflorae, or “good bacteria,” that convert milk into yogurt and live in our stomachs. Commercial yogurt may contain flavorings, sweeteners, stabilizers, or nutrients, but it is primarily a two-component product.

What Foods Can Give You Salmonella?

Salmonella is the most prevalent bacteria that cause foodborne illness in the United States. Disease from these bacteria is formally called salmonellosis, including diarrhea, fever, upset stomach, and abdominal cramps.

Diseases with salmonella are widespread. When most people talk about food poisoning, they’re referring to salmonella. Every year, enormous numbers of instances are reported all across the world.

Can You Get Sick from Warm Yogurt?

It is widely assumed that because yogurt is already manufactured from fermented milk and includes bacteria, it will not spoil if left unrefrigerated. However, even with its microorganisms, yogurt degrades after two hours at 41 to 90ºF.

Even if you’ve witnessed a friend or coworker consume yogurt that has been left out for an extended time, it’s wise to come down on the side of caution, as the foodborne disease is never something to take lightly.

Is It OK to Eat Yogurt Left Out Overnight?

Yogurt provides calcium, which strengthens bones, and also gut-healthy bacteria. But, despite these benefits, the snack is frequently misplaced in the refrigerator, leaving you with an outdated container of yogurt.

The date on your yogurt shows when the yogurt maker estimates the dish will be at its best flavor. So, yogurt with an expired “best by” date isn’t passed—and it’s still acceptable to eat curd after such date.

That’s not to say you should consume yogurt that’s been sitting in the fridge for years. Although there is no time constraint beyond which your yogurt must be discarded, many untouched yogurts can be appropriately enjoyed for a couple of months after the “best by” date.

If your yogurt contains fruit, it’s a different story: consume it before the “best by” date. Fungi, molds, and yeasts will bloom on the fruit, producing a new feeling.

Furthermore, if you’ve already uncovered your yogurt, it may only be suitable for a while after the expiration date. This is especially true if you inserted an already-licked spoon straight into the tub at any point, as microbes in the air and bacteria on your tongue can speed up the decomposition of your yogurt.

If you become ill after eating aged yogurt, your signs will most likely intensify. Seek medical attention if you are experiencing dehydration due to a foodborne infection.