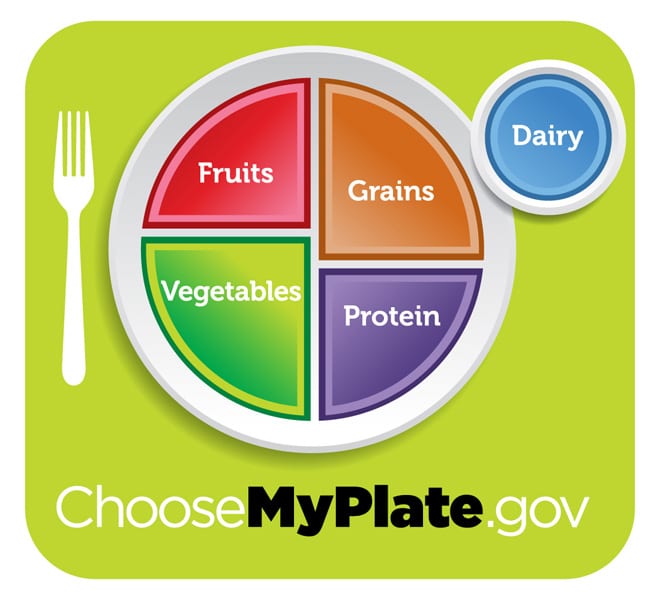 What is the Difference Between the Old and New Food Pyramid?

Through the years, the classical food pyramid has been a helpful tool used by parents, teachers, and dieticians to ensure proper and balanced diets as it provides an index that includes a wide variety of fruits, vegetables, grains, milk, poultry, and fish. A lot of food items to choose from in the various food groups.

In today’s blog, we’re going to discuss how the food pyramid was formed and how it changed through time.

The History of Food Pyramid

As early as the 20th century, the food pyramid has been used to represent different food groups in the Western diet. This pyramid, from its tip (least consumed) down to its base (most consumed), provides a wider perspective on how food can be prepared.

Before pyramids were considered as the perfect illustration of the food groups in the Western diet, pie-shaped figures were first used. The United States Department of Agriculture (USDA) created its first rendering of food groups in the 1940s. This illustration was based on seven distinct food groups: (1) grains, (2) vegetables, (3) fruits, (4) meat and beans, (5) milk and dairy products, (6) oils, and finally, (7) sweets.

Ten years later, the USDA devised another pattern called the “Basic Four,” where four distinct groups presented food groups. The Basic Four was illustrated as a circle with various ‘slices’: The ‘50s food groups included: (1) milk and other dairy products, (2) proteins, (3) grains, and (4) fruits and vegetables. This food pyramid was used until the late ‘70s.

In 1972, Sweden’s National Board of Health and Welfare (NBHW) decided to reconstruct the USDA’s Basic Four. They developed another division of foods called “basic foods.”  This group is considered cheap and nutritious. The “supplemental foods” group is made up of food items that complement the basic food group by adding certain nutrients that are either missing or inadequate in the first group.

This food group is illustrated through seven equal slices coordinated with numbers in a clockwise orientation, with basic food items like milk, cheese, margarine, bread, cereals, and potatoes in the largest slice. Supplemental food items like fruits and vegetables follow the largest slice, with supplemental foods like meats, fishes, and eggs occupying the final slice. It was in this period that the pie charts became the norm in representing human nutrition.

However, due to the inherently misleading representation of pie charts, some locals became suspicious of the new dietary recommendations. Certain food groups were placed like equal slices around the pie, and the required amount per food group were also omitted, adding to the confusion of consumers.

In the later years, Scandinavian countries, as well as West Germany, Japan, and Sri Lanka, decided to create a better version of the food pyramid. This was when the triangular illustration entered the scene. With this shape, certain food groups were arranged in such a way that the most commonly consumed food items formed the base of the pyramid, while the least consumed food groups are placed at the tip of the pyramid.

In 1992, USDA once recreated their previous pie-shaped illustrations, forming the food pyramid we all know. This old food pyramid is what people come to know a lot. The said illustration is divided into four horizontal columns, with the second and third division divided are once again divided into half. This forms the recent and the highly-considered food pyramid we all encountered. The six groups are as follows: (1) bread, cereals, rice, and pasta group, (2) vegetable group, (3) fruits group, (4) meats, poultries, fishes, dry beans, eggs, and nuts group, (5) milk, yogurts, and cheeses group, and (6) fats, oils, and sweets group.

Grains provide complex carbohydrates, which are a good source of energy and could keep a person full, longer.

Vegetables are plants or parts of plants that are consumed as food. Vegetables provided many vitamins and minerals needed by the body.

Fruits are fleshy products of trees that contain seeds and can be consumed as food. Like vegetables, fruits are also rich in vitamins and minerals.

Meats are derived from the edible parts of animals and are consumed as food. Meat is a major source of protein, as well as other essential minerals like iron, zinc, and vitamin B12. Poultry and fish are also considered as good sources of protein.

Dairy products are produced and derived from milk harvested from different mammals like cows, sheep, and goats. Milk can be processed into yogurt, spreads, and cheese. Dairy products naturally have high calcium content, which helps people develop stronger bones.

Oils and Sweets (use sparingly)

Oils and sweets should be consumed in minimal amounts as they can only provide calories with minimal nutritional value. Food items included in this group include salad dressings, oils, cream, butter, margarine, sugar, sugar-based products, carbonated drinks, candies, and desserts.

In April 2005, USDA launched MyPyramid, the newest version of USDA’s 1992 food pyramid. In the new illustrations on the MyPyramid website, a walking person icon suggests the addition of exercise to improve one’s health.

Instead of the usual plethora of serving sizes that are honestly quite confusing, more accurate measurements like cups and ounces are now part of MyPyramid. Consumers are encouraged to regularly visit the MyPyramid website to get updated information on healthy diets.

In June 2011, USDA once again enhanced its food illustration—by launching another nutritional aggregation called the MyPlate, which is the current food and nutrition guide of this department. MyPlate does away with the pyramid and instead uses a plate and glass illustration to teach consumers about the five food groups: dairy, fruits, grains, vegetables, and protein.

Although the walking human icon was retired, exercise is still recommended. Accurate measurements from the MyPyramid model were retained. Like MyPyramid, MyPlate can be accessed at any time online.

To date, nutritionists from different states in the US continue to modify the recommended food servings as they have to contend with other factors that affect the normal consumption of food like allergens, preferences, age, sex, and even the availability of food. Meal plans and recipes are added and continuously growing online every day.

How Do You Know If It’s Food Poisoning or a Stomach Virus?

Can Dragon Fruit Be Eaten At Night

Is Dragon Fruit Bad for Kidneys?