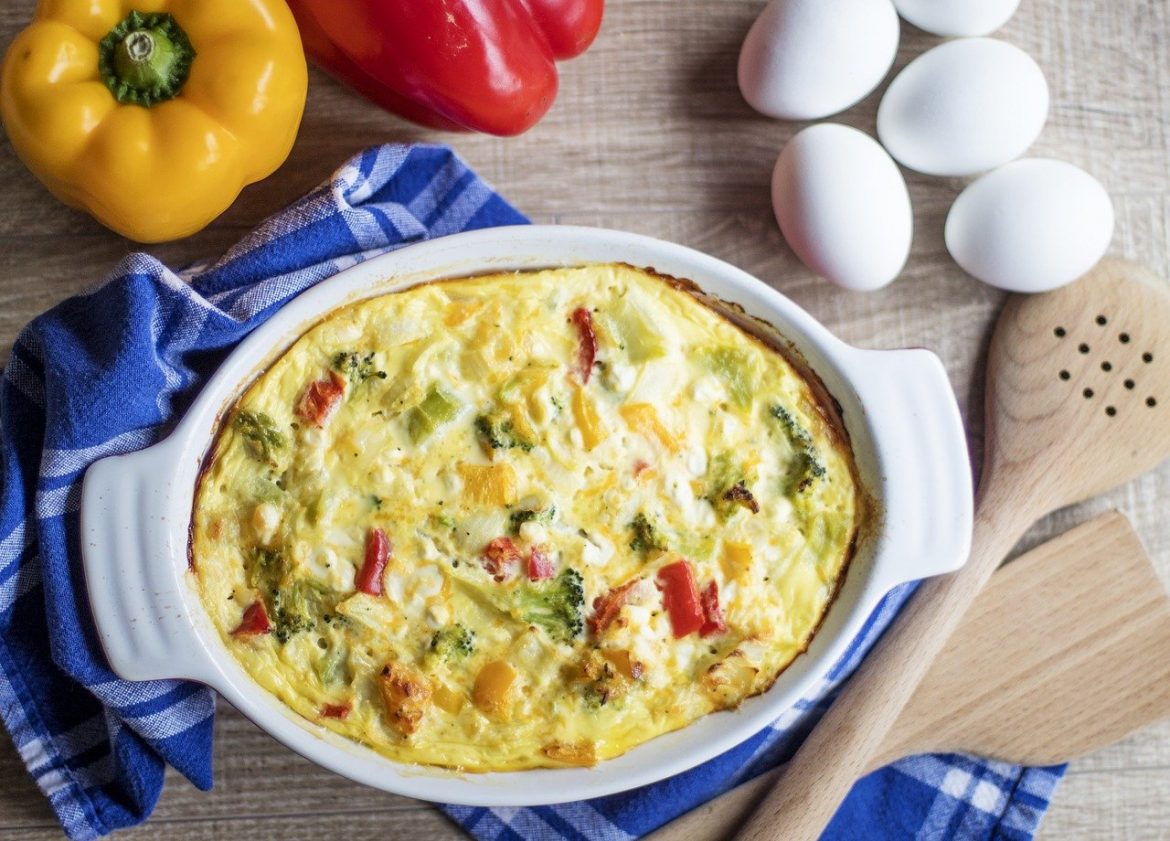 A casserole can be defined in various ways, but it’s most frequently known as an oven-baked dish that uses the oven’s magic to convert simple ingredients into a beautiful dish that’s more than the sum of the parts. Also, a casserole is typically a one-dish dinner that only requires a simple salad to complete. But, like with anything, there are exceptions. Egg casseroles are a great example of a simple meal that will warm your heart and taste buds.

Is A Casserole Meant to Be Watery?

When you finish cooking a stew, casserole, or other sauce-filled meals, you may find that the consistency is still too fluid even after cooking the dish properly, at the right temperature.  Slow cooker recipes are particularly prone to this since they do not allow water to evaporate.

You have two options at this point: boil out part of the liquid (which will concentrate the flavor, which you may not want, and you risk overcooking the ingredients), or add an element that will thicken the liquid for a creamier texture without changing the flavor.

Flour, cornflour, and arrowroot are three common thickening agents for stews and soups and gravies. The first two are typically used in savory foods, whereas arrowroot is generally used in sweet dishes. However, because arrowroot has no flavor, it can be used in a delicious meal. All three contain starch, which expands when heated and combined with the liquid.

Why Are My Baked Eggs Watery?

There could be various things involved, with high-temperature cooking being one of the most common. Weeping occurs when water escapes from the egg after cooking. If this happens, the eggs are likely overcooked due to cooking them too quickly at too high temperatures. Eggs should be cooked in small quantities to avoid weeping. To prevent overcooking, take the scrambled eggs from the skillet as promptly as they’re solid and can keep their shape. This may require a bit of timing on your end to work.

Some individuals enjoy scrambling eggs with vegetables like mushrooms, tomatoes, and zucchini. Because these vegetables are watery, they must be handled carefully to avoid excessive water loss during cooking. Vegetables should be washed, dried, and chopped to the proper size.

Then, before adding the eggs, sauté them for a few minutes in a tiny amount of frying oil or butter. When the butter begins to boil or a drop of water in the hot oil dances lightly, add the eggs.

Pre-frying vegetables before cooking them with eggs using any cooking method reduce the chances of ending up with baked but watery eggs.

To give eggs a softer texture, some people add milk before whisking them. For each egg, a decent rule of thumb is to use 1 to 2 tablespoons of milk. Any more than that lengthens the cooking time, increasing the likelihood of a soggy mess of overdone eggs.

Scrambled eggs should be cooked on a low to medium heat setting. If you want wet eggs, cook at a lower temperature; if you prefer dry eggs, cook at a higher temperature. Remove the eggs as soon as they’re solid to the touch of the spatula. Even if the burner is turned off, the pan may still be hot, so move it to another stove or a heat-safe surface.

How Do You Fix a Watery Casserole?

When you’re seeking something warming and meaty, a casserole is a tasty and straightforward option. It’s easy to put together and bake, but it can occasionally turn out overly liquidy. Thankfully, thickening a casserole is as simple as adding common starches, cooking with thickening nuts and seeds, or just reducing extra liquid.

Flour is the most common way to thicken a meat dish. After you’ve browned the meat, dust the pan with flour; the flour will soak up fat and other liquids in the process. Next, add one teaspoon of flour at a time until you reach the desired consistency. You can also season the flour with your seasonings and toss the meat in it before cooking.

Making a roux is the second procedure. A roux is created with butter and wheat flour in equal quantities. To begin, heat the butter over medium heat until it is completely melted. While whisking, gradually adds the flour. After all of the flour has been added, mix for another 2-3 minutes. Before putting it in the casserole dish, mix this paste with the casserole’s essential liquid.

If you don’t want to cook your thickening, the third option is to make a beurre manié. A beurre manié is similar to a roux, except it doesn’t have to be cooked. Instead, combine equal measures of butter and flour in a mixing bowl. Make small teaspoon-sized balls out of the thick paste. Suppose you produce far too much beurre manié. In that case, you can freeze the excess balls and use them later if you add one ball at a time to your casserole, waiting approximately a minute between each inclusion until you reach the desired consistency.

How Do You Know When an Egg Casserole Is Done?

An egg bake is a dish made with eggs, meat, cheese, and starch, such as bread cubes or hash browns. It’s a popular breakfast and potluck dish in the United States. An egg bake can be made in a variety of ways. It makes sense to add your favorite veggies or meats to a simple egg bake once you’ve mastered it. The ingredients are left to season and sit overnight. The preparation can be done the night before. Remember to bake the egg casserole for 45 minutes to about an hour in the oven. In the center, place a knife. It’s finished when it comes out spotless.

Can Dutch Oven Be Preheated Empty?