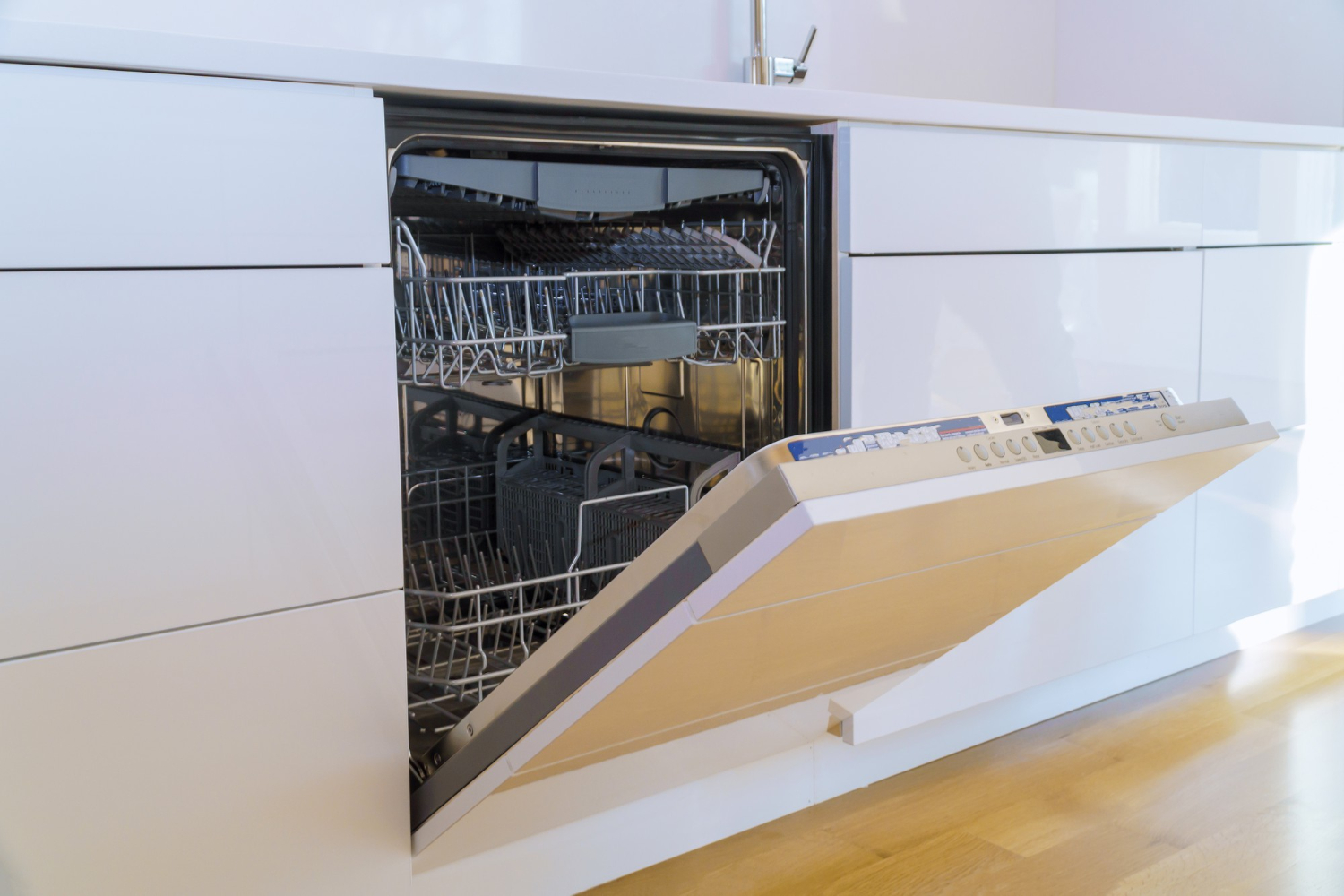 Unbeknownst to many, there are different kinds of salt in the market, and not all of them are designed for seasoning food. Unless you bought Kosher salt or table salt, all other commercial salt types are not edible – like dishwasher salt and pool salt. There are plenty of debates on the internet about the nature of these salts, but one thing is for sure – these salts have not been manufactured for seasoning.

They are manufactured for specific functions. Let’s stick to the manufacturers’ specifications, so we do not end up ingesting toxins. One problem that people are bound to encounter is they won’t be able to taste these potential additions to things like dishwasher salt or pool salt because the stuff is so salty. Manufacturers may also be adding unknown chemicals to these salts to aid them in producing the most desirable results once used.

Dishwasher salt is distinct from regular salt in many ways, one of which is its size. When used in a dishwasher, the granular structures of table salt will be ground down to a finer size that can end up plugging drains. On the other hand, commercial dishwasher salt has bigger crystals and does not interfere with the dishwasher’s usual cleaning processes.

The chemical properties of table salt and dishwasher salt are another significant distinction. Table salt generally contains anti-caking chemicals like magnesium so that they can be stored for more extended periods.

Dishwasher salt is usually made of 100 percent sodium chloride, and manufacturers have no reason to add any more chemicals to the pure NaCl. Table salt chemicals may interfere with the mechanical components of the dishwasher and may even accelerate the formation of hard water stains.

Dishwasher salts typically have larger grains than table salt, which increases the salt’s dissolving capability and reduces the possibility of the softener unit becoming clogged. In addition, it works similarly to water softener salt in that it regenerates the resins responsible for ion exchange. This process results in the elimination of hardness from the water and removing magnesium and calcium ions.

By softening the water going to the dishwashing unit’s cleaning chamber, dishwashing salt prevents limescale accumulation. This reduces the risk of the machine failing. As a result, the regular use of dishwasher salt minimizes the need to replace many unit parts due to internal failure.

The primary function of dishwasher salt is to assist the resin balls in attracting more sodium ions. This chemical effect improves the resin balls’ ability to absorb ions for the time being. Dishwashing salt also aids in the sanitation of the dishwashing units. Dishwashing machines become dirty as a result of the stains and watermarks caused by using hard water.

Dishwasher salt is a simple addition to most dishwashers that guarantee that your dishes are clean and gleaming!

This salt is designed to dissolve hard water, which can leave dishes looking unclean or covered in a light coating of particles even after cleaning. Dishwashers in many countries, especially in the United Kingdom and most of Europe, come with a built-in section where you may store your dishwasher salt. Checking to determine if this container requires more salt and then refilling it as needed is all needed to use it. Below are easy steps to follow if you have never refreshed the ion unit of your dishwashing machine:

In an ideal world, any type of NaCl would be safe for use. You might get away with tasting a salt lick or perhaps a few crumbs of Himalayan salt (if you’re able to reach the mines), but don’t think that commercial salts like dishwashing salt will be safe for consumption. The main issue that we have heard is that these salts are not certified or manufactured for human consumptions. In short, the manufacturers have not exerted the same level of care needed to manufacture and pack something that’s meant to be used as food. Instead, they manufacture dishwasher salt for people who need to maintain their dishwashing machines – full stop.

Dishwasher salts are also pure NaCl, and consuming too much NaCl can cause sickness. Ingestion of hypertonic liquids can result in catastrophic fluid and electrolyte imbalances, especially in the young and aged. An infant can be seriously poisoned by as little as a tablespoon of salt. This condition can quickly become fatal.

Dishwasher salt is often added to challenging water areas because it softens the water by acting on the ions and limescale. It’s also used to help with rinsing in locations with soft water, so the rinsing becomes easier.

Dishwasher salt prevents the white film from forming on your plates and glasses. It removes lime from the rinse water and acts as a water softener. A white residue will form on your glasses if there is too much scale present in the water. Dishwasher salt is required since regular kitchen salt is not acceptable for use in the dishwasher.