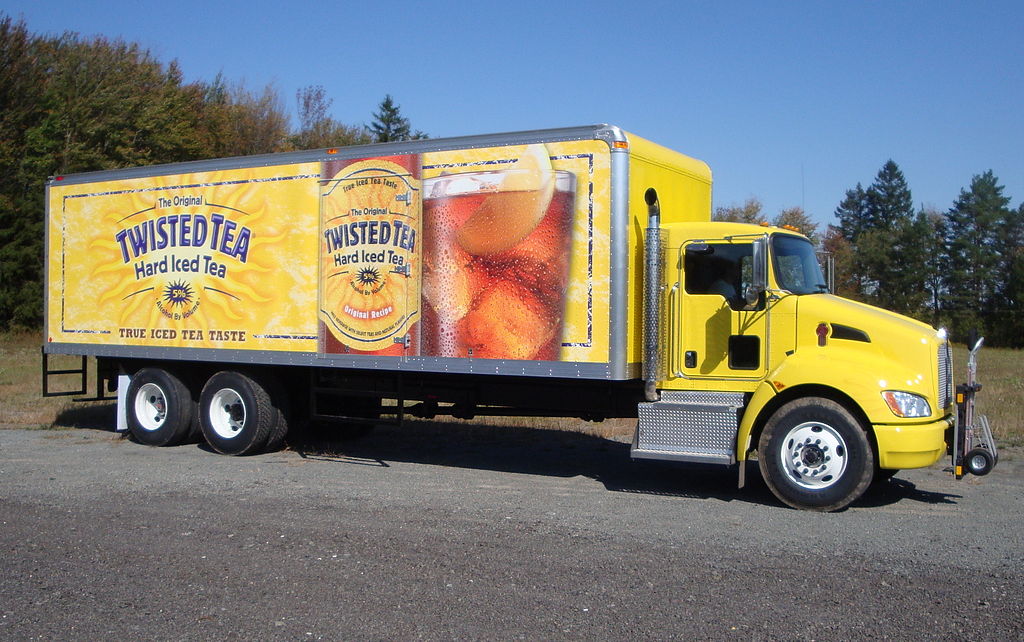 In the world of commercial beverages, one would think that they’d leave the Tea unscathed with alcohol – but no, it’s just too much of an excellent opportunity to pass up. Twisted Tea is just one of many “hard iced tea” brands that contain a low amount of alcohol (like beer or light beer) that makes drinking the iced Tea just a bit more interesting than usual. If you like both iced Tea and stuff like Smirnoff Mule, you’re going to appreciate beverages like Twisted Tea.

Is Twisted Tea an Alcoholic Drink?

The short answer is yes; Twisted Tea is an alcoholic beverage because it contains ethanol.

But to understand the answer to this question more thoroughly, we have to take a closer look at what alcoholic beverages are.

Alcoholic drinks are made from the carbohydrates found in grains, berries, fruits, and other materials such as milk, honey, tubers, and plant saps. These raw ingredients can be distilled to make a much more potent substance called an alcoholic beverage.

Beer is the most well-known alcoholic drink from the malt family. This family of beverages also includes malt liquor, porter, stout, and ale. Hops, rice, corn, and malt are used to make it.

Beers have an alcoholic level ranging from about 2% to about 8%.

Fruit juices derived from plums, apples, grapes, berries, cherries, and plums are also fermented. Manufacturing wine begins with harvesting the grapes, which are then fermented in enormous vats under strict temperature control. The combination of ingredients is subsequently filtered, matured, and bottled once the processing is done.

Muscatel, port, and sherry are fortified wines that have been fortified with brandy or alcohol. These contain anywhere from 18% to 21% alcohol.

The mashes of grains, fruits, or other components are used to make distilled spirits. The fermented liquid is first heated until the alcohol and flavorings evaporate, then drained, chilled, and subsequently condensed to liquid form once again.

The water that’s left behind and thrown away. Cordials, liqueurs, brandy, rum, vodka, and gin are concentrated liquids known as distilled beverages. They usually have an alcoholic content of 40 to 50 percent, though they can have higher or lower amounts.

Because alcohol or ethanol does not undergo any digestive processes when consumed, it is swiftly absorbed by the body.

Alcohol levels in the blood rise to dangerously high levels in a short period. Alcohol courses throughout the body via the bloodstream and has a powerful effect on our brain. Alcohol has a primarily depressive effect.

The functions of the brain are depressed predictably when under the influence of alcohol. The brain’s most complicated actions—judgment, inhibitions, and self-criticism learned as a child—are first depressed by the substance, resulting in losing control.

The chain of events causes a feeling of excitement in the early phases. As a result, alcohol is sometimes mistakenly seen as a stimulating drink.

The drinker gets less attentive as the amount of alcohol consumed increases, the person’s awareness of one’s surroundings becomes dull and hazy, and you can also expect muscle coordination to deteriorate. Sleep is often promoted.

Can 5% Alcohol Get You Drunk?

Yes, 5% alcohol in beverages can already get you drunk if you drink enough of it. The effect won’t be instant, and there are other factors involved when determining intoxication. When we consume alcohol, the stomach is the first place it goes. It’s at this point when alcohol starts to enter your circulation.

If you’ve eaten, your gut will be preoccupied with digestion. As a result, alcohol will pass through your stomach more gradually.

5% can be a lot if you drink a sufficient number of servings. Therefore, simply referring to the amount of alcohol in one serving is insufficient to determine how you will be faring in a few hours.

Indeed, a person who has had a small sip of alcohol with a higher percentage of ethanol will fare better than someone who has consumed twelve bottles of vodka over a few hours.

Generally speaking, moderation in drinking is recommended wherever you are, especially if you are a woman, as women tend to have a more difficult time processing ethanol. They do get drunk relatively quickly compared to males.

So, what causes us to feel drunk and inebriated? Because your liver can only process a certain amount of alcohol at a time, alcohol can travel through the blood to other tissues, including the brain.

Alcohol is a depressant of the CNS or the nervous system. Ethanol causes your brain to slow down.

Neurons fire nerve signals more slowly as a result of this. This can result in things like impaired judgment or coordination, which are both linked to intoxication.

Dopamine and serotonin are neurotransmitters that are stimulated by alcohol. These are linked to reward and pleasure, and they can make you feel happy or relaxed.

These feelings are accompanied by physical intoxication signs such as sweating, flushing, and increased urine.

The alcohol percentage in a person’s circulation is measured by their blood alcohol concentration (BAC) as you consume more alcohol, the amount of alcohol in your bloodstream increases.

A variety of factors influences the way alcohol is metabolized and further absorbed. These are some of them:

The main picture is from MobiusDaXter, CC BY-SA 3.0, via Wikimedia Commons.

How Much Alcohol in Twisted Tea? | Elijah Coffee

[…] answer to this question depends entirely upon the person who is consuming the Twisted Teas and factors such as weight, height, sometimes gender, and when the last meal was […]

How Much Alcohol Is In Twisted Tea? - Facts About Food

[…] Twisted Tea: Everything You Ever Wanted to Know https://askinglot.com/what-is-a-twisted-t Is there vodka in Twisted Tea? Can Twisted Tea Get You Drunk […]