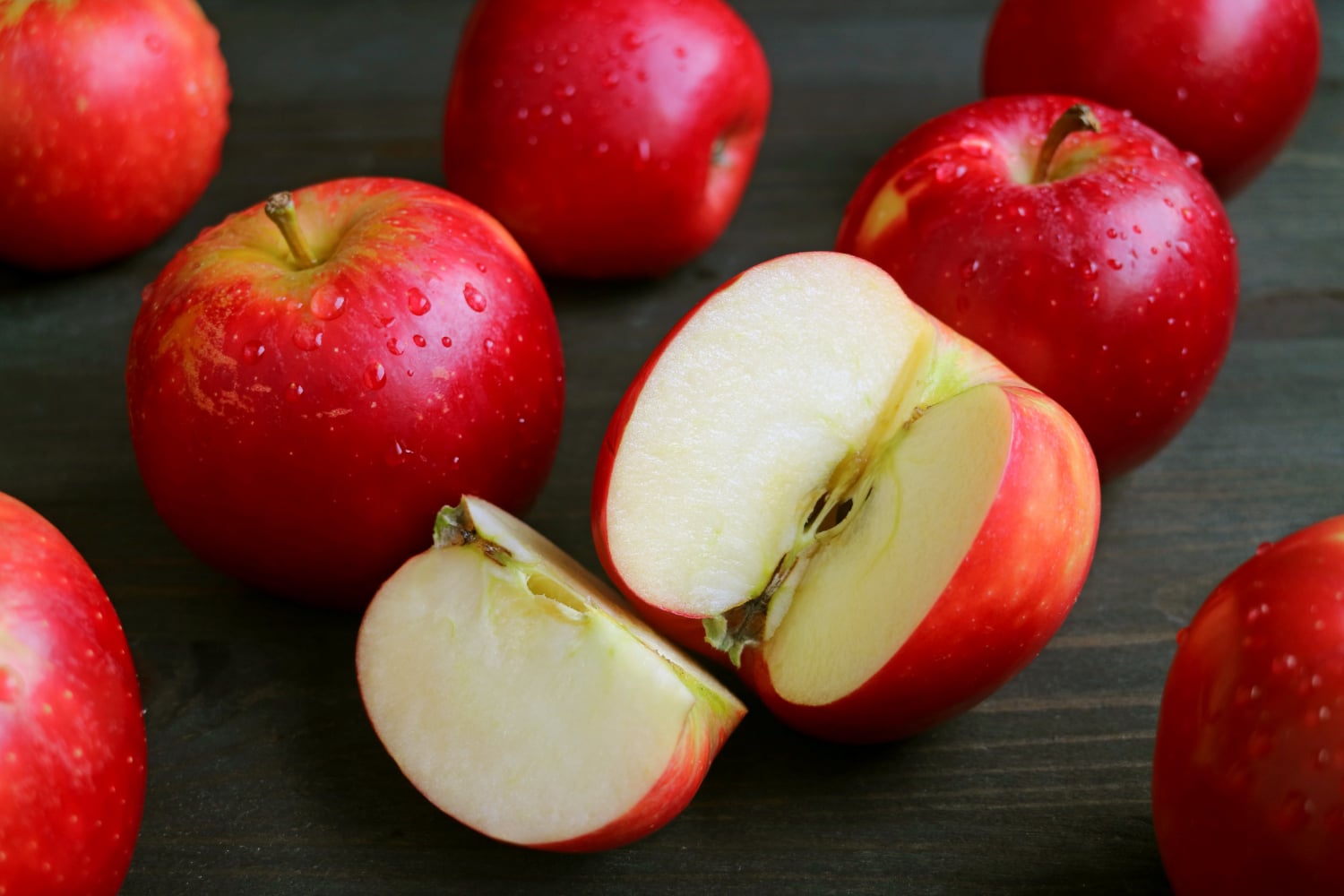 Mother Nature is undoubtedly majestic, but she is not harmless if you know what we mean. Take the humble apple, for example – something so sweet may be hiding something potentially toxic inside.

How Many Apple Seeds Will Kill A Human?

Fortunately for us humans who love to eat apples, there is little to fear when eating apples because despite containing a minuscule amount of toxin in the seeds, apples, in general, will not harm or kill humans.

The natural toxin that we are talking about here is called amygdalin, and basically, amygdalin is a combination of sugar and cyanide. Now we all know that cyanide is poisonous, and it is used to stun both land and marine animals. Imagine having this chemical hiding in the core of apples – what a thought!

But as experts explain it, there is little to fear when munching on a sweet apple because it doesn’t contain nearly enough of the poison to kill an adult or child. According to biologists, the amount of cyanide in apple seeds is so tiny that you will need to eat hundreds or thousands of apple seeds even to get a little action going.

In short, the cyanide content in apple seeds was more of Mother Nature’s afterthought rather than a grand design. What makes the information scary for those who like reading about science and chemistry is that amygdalin transforms into hydrogen cyanide when digested. This is where all the fear is coming from – but luckily, there isn’t enough of the poison in the apples to cause any harm or concern. Just remember – if you can spit out the apple seeds, that would be much better!

What Happens If You Eat Apple Seeds?

If you ate two or three apple seeds simply because you were eating an apple as a snack, there is no cause for concern. An adult man or woman would need to consume copious amounts of apple seeds to get a lethal or harmful dose of the naturally-occurring amygdalin, which in turn can be metabolized into the more toxic form called hydrogen cyanide. But before you get caught up in these scary-sounding chemical names, know that essentially, you can’t get even close to the lethal dose of cyanide by simply eating three or a handful of apple seeds. And to eat that quantity of apple seeds, an average adult would have to consume a large crate of apples, and that’s a feat in itself. So no, there is very little chance that an adult man or woman would find himself/herself in a situation where he/she might be poisoned by hydrogen cyanide.

If you are still concerned, then there are other factors that you have to consider, too:

To put things into further perspective, it is certainly not easy to get into that level of amygdalin to expose yourself to any risk. According to scientists, the only time you may encounter a problem is to collect a bushel’s worth of seeds, ground them up finely to break apart the protective seals of the seeds, and drank the resulting concoction in one draught.

And as you can imagine, this kind of scenario is so far out that no one is likely to do it at all, because think of the work involved. And this is great for us apple lovers too, because imagine if we got a lethal dose of cyanide every time we accidentally ate apple seeds.

What would happen if you got a bad dose of cyanide? There are specific symptoms that would point to possible cyanide poisoning, and they’re ubiquitous and can be mistaken for a host of other potential medical conditions. These symptoms include having a migraine, vomiting, being nauseated, and have stomach cramps. Not every dose of cyanide will kill a person automatically, so it has to be a lethal dose. If a lower amount is given, the chances of recovery are raised immediately.  The fatal dose for cyanide is just 1.5mg/kg of the person’s body weight.

What Do Other Fruits Contain Cyanide?

The sweet apple isn’t the only fruit that is guilty of harboring small amounts of deadly poison. Apricot pits, cherry pits, and peach pits all contain the same sugar-bound chemical amygdalin. If crushed during mastication, human enzymes come into contact with the sugar-bound molecule, and the result is entirely predictable – the deadly HCN.

Perhaps what makes this scenario even more frightening to some is that cyanide prevents the body from making full use of oxygen. Essentially, the body is starved of oxygen in the process, and if a lethal dose is given to a person, that person can eventually die. Cyanide works so cleanly and quickly that many mystery novels feature cyanide as the perfect poison of choice.

Which Avocado Leaves Are Edible