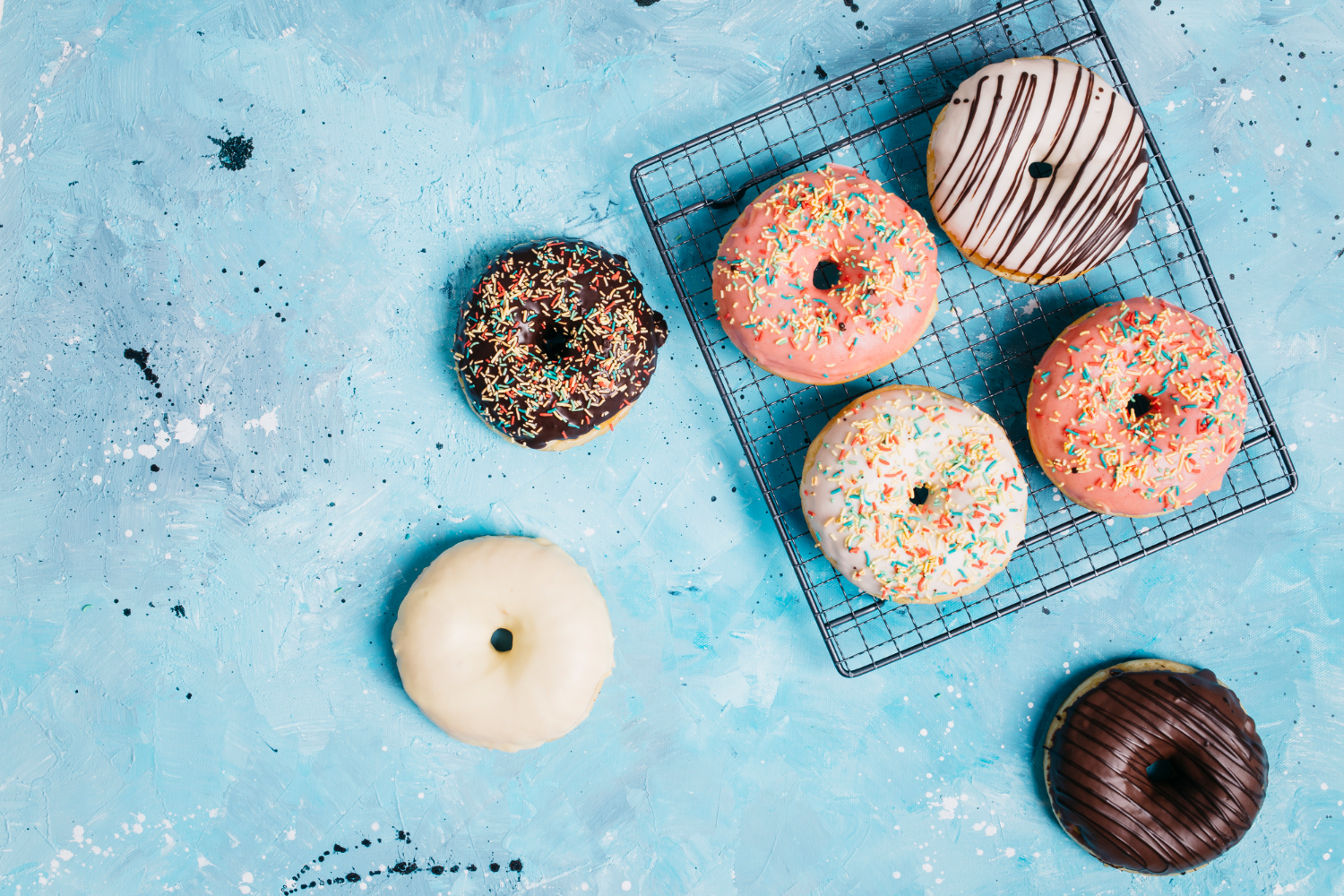 The History of the Donut

Like many iconic food items, the doughnut or donut has its fascinating origins. It was said that the mother, a ship captain in New England, thought of a way to cook pastries so that her son and his mates could have some good bread while trying to avoid scurvy. So Mrs. Elizabeth Gregory made a dough, fried it, and then added lemon and nuts to the bread. Since people back then liked to keep things simple, she called the new bread doughnuts for self-evident reasons.

As you may already know, vitamin C was almost always in short supply at sea, as citrus fruits didn’t keep well, and they tended to rot. Since multivitamins weren’t invented yet, people had to make do.

Mrs. Gregory’s son claimed to have invented the hole in the middle of the donut, which made it easier for people to cook the donut all the way through, as opposed to having a single unit of dough, which had the risk of being undercooked if the dough was too thick, or if the oil wasn’t hot enough during frying.

Back in the day, they put walnuts and hazelnuts at the center of the dough, which is still a common practice today. Of course, adding lemon to the mix isn’t such a bad idea, either!

Donuts are beautiful and tasty creations, but we bet you don’t know these facts:

Simply judging from how donuts are made, we can say that in the battle between plain donuts, baked donuts tend to be healthier because they are baking powder-driven and are not exposed to so much fat compared to bake donuts constantly dunked and deep-fried in cooking oil. So you might be looking at a margin of 100 calories or more when comparing fried donuts and baked donuts.

Of course, fried donuts will always be more preferable to baked donuts for several reasons. One, Americans love the taste of anything deep-fried. This rule applies to onion rings, fried chicken, pork, etc. Second, fat makes anything taste better. Finally, you don’t even have to know much about cooking at all –dunk protein or carbs in fat, and you have a recipe for a yummy snack or meal.

On the other hand, Bake donuts can taste just as good, but they won’t have the same look and feel as fried donuts. They won’t have the same amount of crust because of how they were cooked, and the shape would also be slightly different. Baked donuts tend to have a smaller hole in the center as the bread expands from the indirect heat.

Fried donuts retain their holes because they are dunked in hot oil, and the crust that forms in seconds helps maintain the shape of the donut. Think of the classic glazed donut from Krispy Kreme, and you will understand what we mean. You are looking at melted sugar and a round piece of dough – perfection.

If you are making homemade donuts and would like to arrive at something similar to Dunkin Donuts or Krispy Kreme, then yes, you need to fry donuts. This is a valid question because people who can easily bake cupcakes aren’t used to the idea of fried bread.

However, fried bread has been around for literally centuries, and while these are not the healthiest food items around, there is nothing wrong with trying them.

As for the debate about which is healthier, it is essential to remember that donut preparation doesn’t end with either frying or baking in the first place. Remember that people put other stuff on donuts after baking or frying, and these extra ingredients do impact the nutritional profile of the donuts.

So, the next time you go hunting for a healthier snack, think about the other stuff on the bread. A glazed donut may have extra oil because of the frying, but what makes a baked donut slathered with butter and topped with candies any different? But then again, don’t let these factors affect your enjoyment of donuts. If you don’t eat donuts every day, you won’t have to be bothered by the fact that they are either baked or fried.

Which Taste Is Better?

Here’s why: fried donuts will always have a definite, crispy crust because of how they were cooked. So while baked donuts might have some minor crusting going on, it will not be the same as the crust of a fried donut.

Going back to our earlier point, however, the taste of the donut will also depend on how it was prepared. A baked donut with the works might trump a crispy donut because of all the toppings. There are many possible factors to consider. To be sure, both are going to be tasty, and if you are actively avoiding oils, you can opt for the baked donuts, so you don’t have to deal with the extra fat. However, if you are at the peak of your health, either will do.