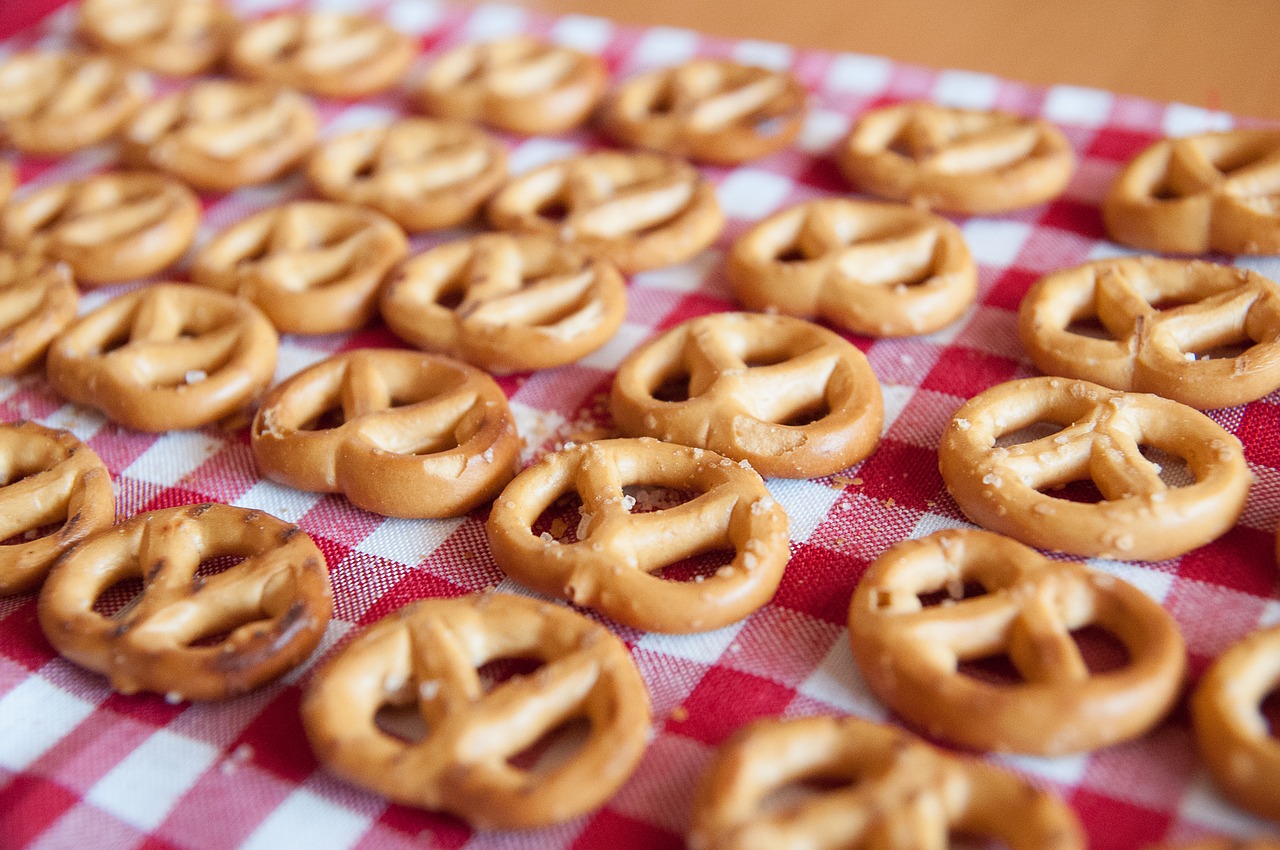 Are Yogurt Pretzels Bad for Dogs?

As dog owners, we are often tempted to give some of our snacks and scraps to our dogs to sign that we love them. However, it has long been determined that human food and table scraps, in particular, are not good for dogs, and you may be doing your dog more harm than good by feeding table scraps.

What works for humans usually does not work for dogs and other animals, so if you habitually give most of your leftovers to your dogs, we recommend that you stop the habit now and provide food that you are 100% certain is good for all dogs.

Now, one of the more common questions that we get about dog diets concerns the yogurt pretzel. Yogurt pretzels are yummy to humans, but are they truly healthy for dogs? Or, at the very least, are yogurt pretzels even safe for canine consumption? We take a closer look at this very different human snack and see if it’s something you should be giving your dog.

Before we reveal yogurt pretzels’ full status, let’s talk about why pretzels aren’t a good idea in their basic form. Pretzels might be very tasty to humans because of their extra salt content, but dogs, in general, don’t like the taste of salt (so the salt doesn’t enhance the flavor of the food), and sodium in high amounts is also toxic to canines.

Food with high sodium content is poison to dogs, so there shouldn’t be any arguments here – pretzels are a big no-no to dogs. Now let’s say that your dog ate a stray pretzel that fell from the table. If it is just one small pretzel, there’s nothing wrong with that, and you can be certain that your dog won’t die outright from just one serving. However, any routine consumption of pretzels will likely cause kidney issues and will also make your dog extremely thirsty after they eat the pretzels.

Salt poisoning is a very serious condition that can cause a variety of serious symptoms. The common symptoms of salt poisoning include coma, excessive peeing, excessive thirst, exhaustion, fatigue, lethargy, depression, and diarrhea.

A percentage of dogs who experience salt poisoning also die. Death usually takes place when the condition is not identified immediately, and the symptoms worsen. Eventually, the dog’s body gives away from the pressure of the condition. The ideal amount of sodium in dog food is about 0.3% only. In contrast, a single pretzel has about 16% sodium. That percentage is a huge leap from 0.3%, and it’s now obvious why food items like pretzels are very unhealthy for canines.

Fresh yogurt shouldn’t be a problem for dogs. It contains all the essential nutrients for healthy bones and muscle. It has fat, protein, carbs – all the good macronutrients that dogs need. However, supermarkets’ yogurt can hardly be called organic or homemade, and even probiotics and prebiotics now contain artificial ingredients.

These artificial ingredients are used to improve the color, flavor, and shelf life of commercial yogurt. Additionally, sugar alcohols and other types of artificial sweeteners make yogurt directly hazardous to dogs. Xylitol, one of the most common artificial sweeteners in the world, can be found in almost all kinds of food, from biscuits to gum. Xylitol is even used in sports drinks and ‘flavored water.’

In short, the danger looms in every corner for your dog, and as the dog owner, you should be 100% aware of the common chemicals that can cause your dog great harm. Xylitol is not okay for dogs even in small amounts, and large amounts can outright kill a dog, whatever the weight of the dog. If not posing a mortal threat to canines, artificial sweeteners can cause severe diarrhea and other symptoms that can make your dog’s life terrible, to be certain.

If you want to give your dog some probiotics, turn to probiotics made specifically for dogs and not humans. Another issue with dairy products, in general, is they are very high in fat, and some dogs can’t tolerate large quantities of fat in their diet.

Pancreatitis is a big issue in some smaller dog breeds, so even small servings of yogurt can cause health troubles. In short, there is barely any reward in giving dogs yogurt, whatever brand it might be, and your dog is better off with other types of treats that won’t harm them with too much salt, fat, or artificial sweeteners.

Anything that seems to be covered or smothered with yogurt sounds yummy. But again, this isn’t the case for yogurt pretzels. It has two of the dangerous foods for dogs. Additionally, the yogurt in yogurt pretzels isn’t just yogurt. Manufacturers use only a small quantity of yogurt powder in yogurt pretzels. The rest of the ingredients are artificial flavorings, sugar, and different kinds of oil. Yogurt pretzels are also known for having a ton of chemical stabilizers to keep the bread and cover the bread in their proper states for long-term storage and display on supermarket shelves. And let’s not forget that commercial foods always have extra heaping servings of salt for the most part.

As we have already discussed, salt is a real danger to dogs, and it takes only a few more milligrams of the substance to cause a dog to spiral into salt poisoning. Remember – dogs do not appreciate flavorings for human food as we do.

It’s possible that because the taste of dogs is different, they would be working with a different flavor profile whenever they taste human food. This means that after you have given them human food, thinking they will enjoy it the same way you do, they are likely tasting something else.

Why Are Yogurt Drops Bad For Rabbits