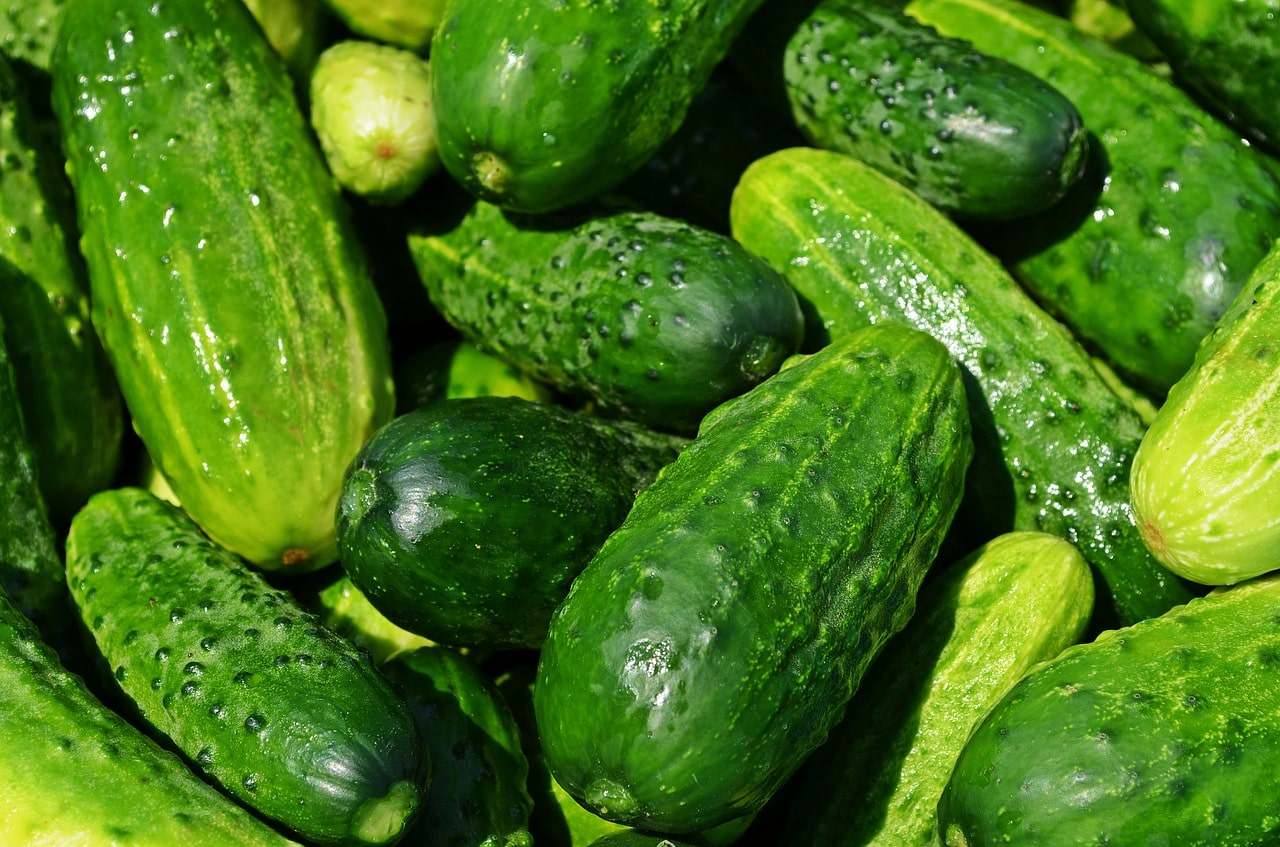 There are three main variants of cucumber – the seedless variety, the pickling variety (which are smaller, of course), and the slicing cucumber, which is often used for salads and other similar preparations with fruits, nuts, and vegetables. Cucumbers originally came from South Asia, but it is now grown virtually on every continent and is well-known worldwide.

We can say that cucumbers have had a good run as a vegetable, and even those who don’t like eating vegetables are fine with eating some cucumbers because of their soft texture and very mild flavor.

The mild flavor is perhaps because cucumbers are comprised of 95% water. That’s a lot of water, to be sure. If you eat many cucumbers, it’s also like drinking a lot of water so that you will stay hydrated in the coming days.

Should I Eat the Skin of Cucumber?

What Are the Benefits of Cucumber Skin?

We can finally confirm – the skin of cucumber (and the seeds) are the parts that you should be eating more. These parts are the most nutrient-dense overall.

The cucumber’s seeds and skin are naturally packed with phytonutrients like triterpenes, lignans, and flavonoids. These are very potent antioxidants, and the more antioxidants you have in your diet, the healthier you will be in the long term.

Additionally, cucumber skin also contains dietary fiber, which is critical for removing toxins and solid waste. The beta-carotene in the cucumbers is linked with numerous health benefits, from stopping cancer cells from immediately multiplying to higher cellular longevity. Antioxidants are the body’s best friend, and the more antioxidants you have through various food sources, the healthier you can be.

There is never any harm in getting more antioxidants – none. Antioxidants have been linked with so many beneficial effects that it’s hard to list them all down. We can say that in almost every medical investigation, antioxidants perform beautifully, either in vivo or in vitro.

As we have mentioned before, cucumber has so much water content that eating many cucumbers also means you are getting hydrated along the way. This is also why animals like gorillas rarely drink – they get all the hydration they need from all the greens they eat all day. Eating a cup of cucumber is equivalent to downing a cup of water, too. When it’s easy to get dehydrated during the summer months, we highly recommend snacking on cucumbers frequently, so even if you skip on drinking water, you remain hydrated. This is super good news because dietitians believe that it is ideal for getting up to 30% of our daily water needs from the food we eat.

Staying hydrated with cucumber is not just a good idea because of the water content. The regular consumption of cucumber can result in a more youthful you because the antioxidants in cucumber are known for being effective in fighting premature aging. If you fear wrinkling and fine lines, eat cucumbers on top of placing the cucumber slices on your faces. The topical application of cucumber slices hydrates the skin, but to get all the antioxidant action that your skin needs from within, you need to consume the fruit.

What about anti-cancer benefits? Do cucumbers offer these as well?

Yes, cucumbers can combat the onslaught of cancer cells in the body. In addition to the phytonutrients in the cucumber, cucumbers also contain the compound called cucurbitacins. Cucurbitacins are curious compounds because they can disrupt the chemical signal pathways associated with the reproduction of cancer cells in the body. When these chemical pathways are blocked, cancer cells’ production is impeded, which might help reduce the all-out proliferation of cancer cells in different tissues. If you fear that you will succumb to your genes one day, perhaps eating more cucumbers (including the skin) can help you attain the level of health that you need to stay cancer-free.

The next health benefit of eating more cucumbers is bone health. If you are surprised, read on. The skin and seeds are rich in vitamin K, which is essential for healthy bones. As we age, bone density and durability begin to drop, year by year. Women are more susceptible to bone density problems and chronic bone issues later on. Therefore, women should get a good head start in keeping their bones healthier and denser by eating more food rich in vitamin K. While cucumbers don’t offer 100% RDA for vitamin K, what food does? Eating a well-balanced diet is critical to developing better health and avoiding age-related issues down the road.

And finally, let’s talk about heart health. Eating cucumbers and other greens regularly have been known to cut down the risk of developing heart problems. This means your risk of heart attack and stroke are also cut drastically when you know how to eat your greens. Since cucumbers are very mildly flavored, there’s nothing wrong with eating more than the usual, as it’s mostly just water. We are really after the vital compounds that will make your heart healthier for the long term.