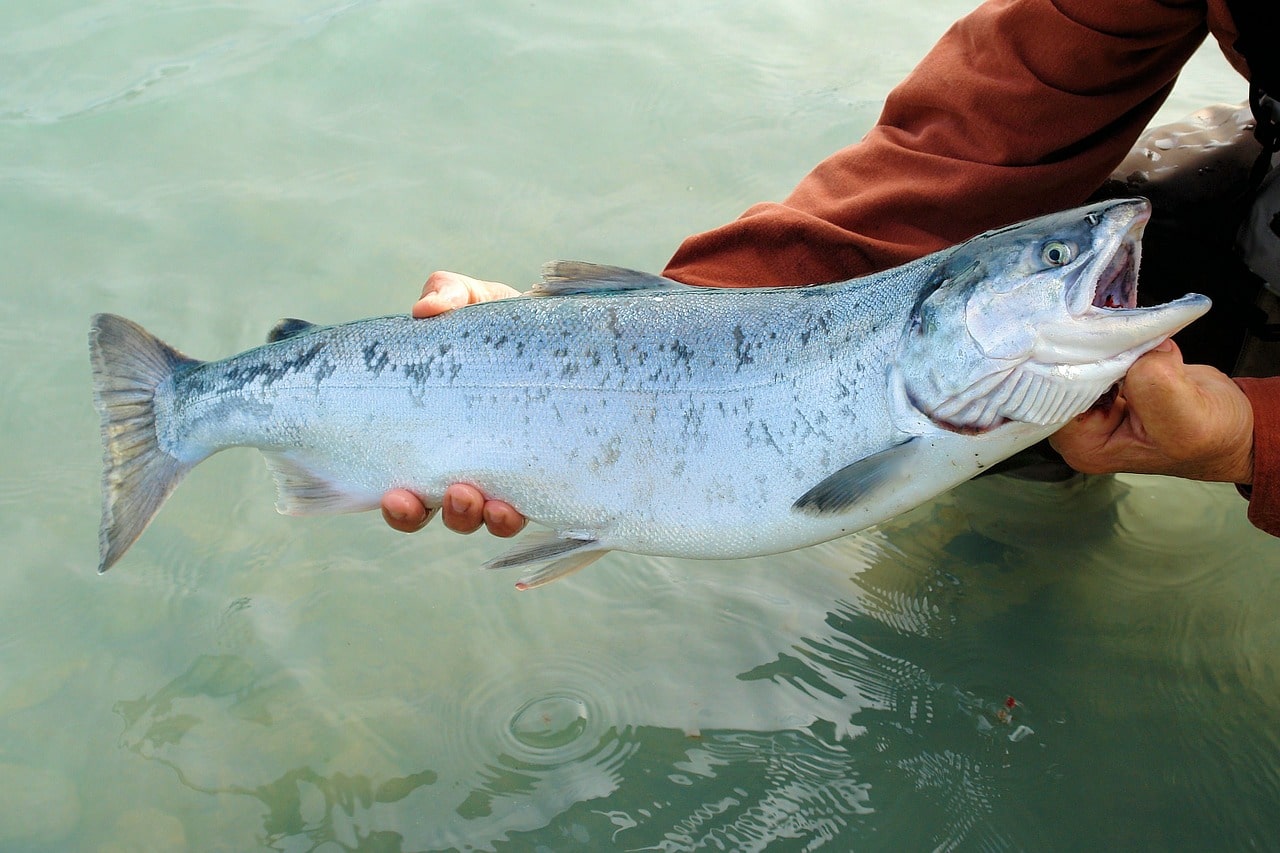 Many people complain when salmon tastes fishy, even though it did come from the ocean. People are often curious about the best tasting salmon for both cooked and raw preparations.

If you are interested in preparing more salmon dishes at home and would like to be more knowledgeable about different salmon types’ flavor profiles, today would be an awesome time to learn about this great culinary ingredient.

Why Does Some Salmon Taste Fishy?

Improper handling of salmon can result in cross-contamination. Bacteria that are transferred onto salmon doesn’t just stay there as a neutral presence. Bacteria multiply on the fish by consuming organic matter. Bacteria eat the salmon before you.

If the fish reaches a state of decomposition due to bacterial activity, you can be certain that the decomposition will manifest in the fish’s smell and flavor. The important lesson here is never to eat fish that was not prepared properly, so you can have the comfort and safety of knowing that there’s nothing potentially problematic in the fish at all.

Fresh salmon that has been prepared properly will have the following characteristics:

Wild salmon has a more assertive flavor because of its additional fat content, so if you’re interested in a more flavor-forward meal, opt for wild-caught salmon instead. This is largely a subjective call for the people who eat the salmon. If the salmon is farm-raised, there’s not much movement in the pens, and they’re less active, too, and there’s higher competition for food.

These factors would all have an impact on the final flavor or taste of the fish. As for the ‘fishiness’ of salmon, bear in mind that sometimes, that fishy taste and smell is not connected to the type of salmon that you purchased but rather to how it was handled in the first place.

Improper handling of salmon can produce issues with its taste, so if you keep getting oddly-flavored salmon, it’s time to shift to another supermarket or fishmonger. If you plan to prepare something raw, it’s doubly important to get fish from the best possible source.

How Do You Get the Fishy Taste Out of Salmon?

The simplest and fastest way to mask salmon’s natural flavor (if you find it too fishy) is by squeezing fresh citrus over the cooked or raw fish meat.

Lemon is an obvious choice because it easily mellows the fish’s flavor and introduces a nice blend of sweetness and citrus to the fish. You cannot really go wrong with using lemon in most fish dishes, and we are talking about other fish as well, not just Atlantic salmon or pink salmon.

What Salmon Is Safe to Eat Raw?