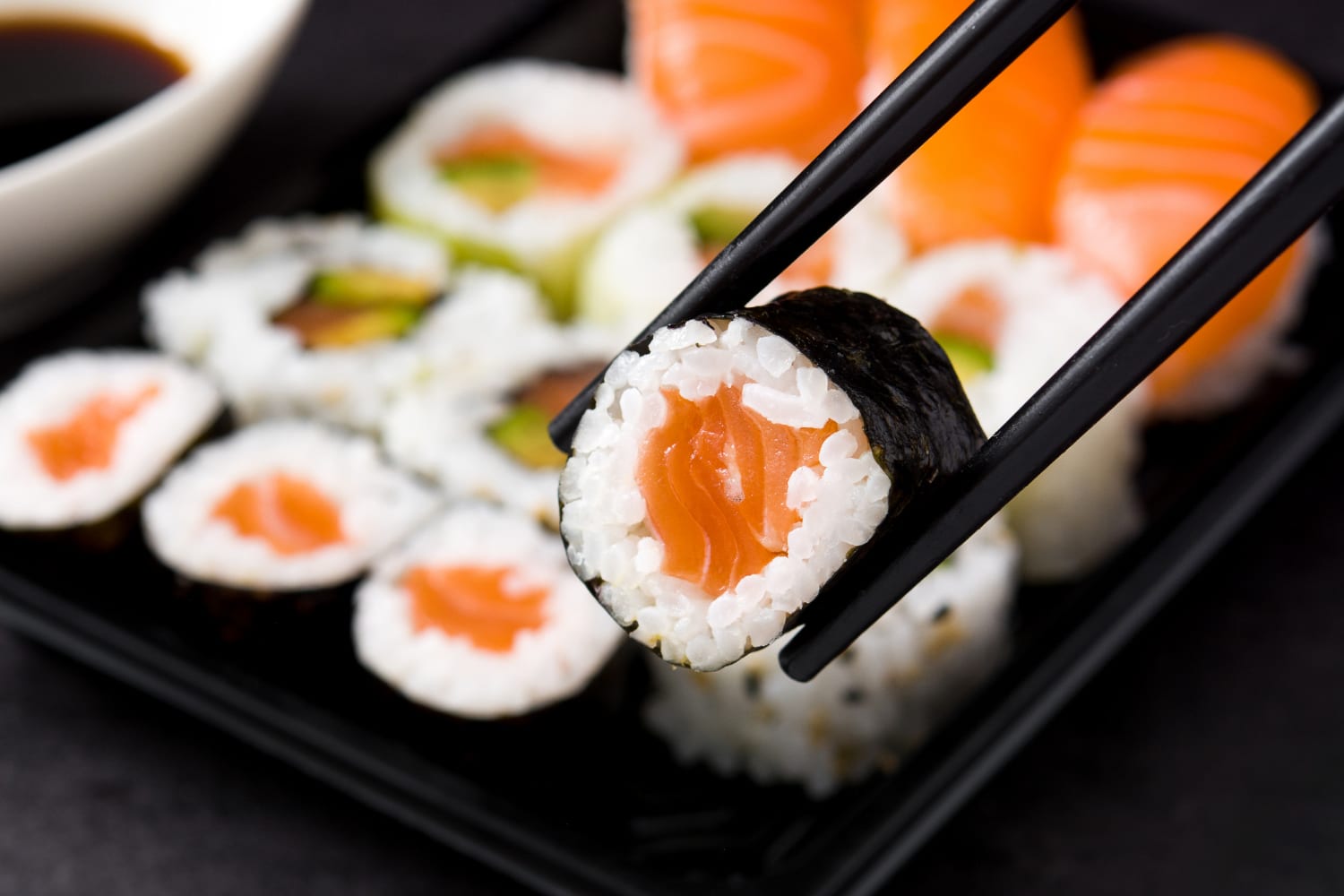 To lovers of Japanese culture, sushi is the most recognizable star in Japanese cuisine. It’s easy to spot and remember, and no visit to Japan would be complete without tasting authentic sushi at least once.

Sushi is also the most recognizable Japanese food outside of the country. The Japanese enjoy sushi during celebrations and other special occasions, and it has spread globally. There is virtually no country that hasn’t prepared sushi commercially, especially in Asia.

Sushi is also immensely enjoyed in the United States, Canada, and associated territories. There is just something about this traditional Japanese food that gets people quickly smitten, and Japan is indeed proud that people love one of the oldest ways to prepare fish and other seafood.

The term sushi is a generic one, as there are many ways to prepare sushi. Logically speaking, we can compare the term sushi with English terms like casseroles and soups. When you say soup, it refers to a specific type of soup prepared in a particular manner. There is no single recipe for soup, the same way that there is no single recipe for sushi.

Different types of fish and other seafood are used for making sushi, from seaweed to prawns for different kinds of fresh fish. Vegetables are also commonly used for making sushi, as well as eggs. Authentic Japanese sushi is very simple and delicious. If you know how to cook, you already know that anything simple is usually challenging to pull off because simplicity requires plenty of skill.

What Type of Rice Is Used for Sushi?

The question now is how you can prepare sushi at home? Contrary to what many sushi purists might say, it is possible to create decent sushi at home provided that you know the basic skills of sushi-making and you have the right ingredients, too. The first ingredient that you should master is rice. Sashimi (which uses no rice) is different from sushi, which requires rice. People who live outside Japan are often confused about these two.

The best kind of rice for making authentic Japanese sushi will always be Japanese short-grained rice. Japonica rice has 80% amylopectin, which contributes to its stickiness. Amylopectin is a type of rice starch that occurs in all rice varieties. However, the amount of amylopectin differs based on the variant and species. Indica rice only has 70% amylopectin, so it is less sticky, and to make sushi, it’s not so ideal. Indica rice and other non-sticky rice variants fare better when cooked to pair with stews and other dishes. Sauces and soups are added to the rice to add flavor to the rice instead.

Japan has a diverse collection of domestic rice varieties. There are 600 cultivars, but only 260 are produced as staples for the entire region—the top ten supply 80% of the total demand for rice in the area.

The Koshihikari cultivar accounts for 30% of the total domestic production, followed by the Hitomebore cultivar (9.4%). The third most popular rice cultivar is Hinohikari (8.9%), followed by Akitahomachi and Nanatsuboshi at 7% and 3.5%.

For making sushi, there are three well-known contenders – Koshihikari, Sasanishiki, and Hatsushimo. Matsushima is best known as the “rice of dreams” and is not often seen in the market. Koshihikari is the denser variety of sushi rice and is generally plump and maintains a good luster or shine after washing. Sasanishiki, on the other hand, has a softer feel to it and the individual grains exhibit an excellent polish. The sweetness and stickiness of Sasanishiki are also perfect for making sushi at home.

Can You Make Sushi with Normal Rice?

If by regular rice you refer to Indica rice and other long-grained rice varieties from places such as Thailand, then the answer is not really. If you aim to create an authentic food item, you need to buy Japonica rice, not Indica.

Calrose rice, which is popular in the United States, has been selectively bred through the decades to have high gloss after milling. The higher front means that Calrose medium-grained rice can be used for making sushi. However, other medium-grained rice varieties may not yield the same results.

Japanese sushi rice is short-grained rice that is naturally sticky and is suitable for sushi recipes. Anything else would not provide the same experience while eating, and eating sushi is an experience on its own. Meaning, you buy and consume sushi not just for the flavors but for the occasion of finishing the sushi in the first place. But then again, don’t let this dissuade you from making homemade sushi.

We feel that you can go ahead and make DIY sushi at home if you have the ingredients except Japonica. Enjoy it, and when you can, buy Japonica rice for a better overall experience the next time you prepare some homemade sushi.

Technically speaking, no, Jasmine rice is not sushi rice. Japanese sushi rice is species-dependent, meaning you have to get the variant used in Japan to make authentic Japanese sushi.

Of course, not everyone can acquire Japanese sushi rice when they feel the need to make some sushi, and for the most part, those making substitutions say that the resulting sushi tastes fine.

If you don’t mind the titles and want to make some homemade sushi, there’s nothing wrong with using Jasmine rice or any other long-grained or short-grained rice to make sushi. However, the resulting product will not be authentic sushi, and flavor-wise, there will be differences and significant differences in the food texture. But then again, not everyone is looking for an authentic food experience all the time, so it makes sense why there are many common substitutions from time to time.

The Best Bread to Eat with Avocado